The songstress has termed it 'systematic silencing' 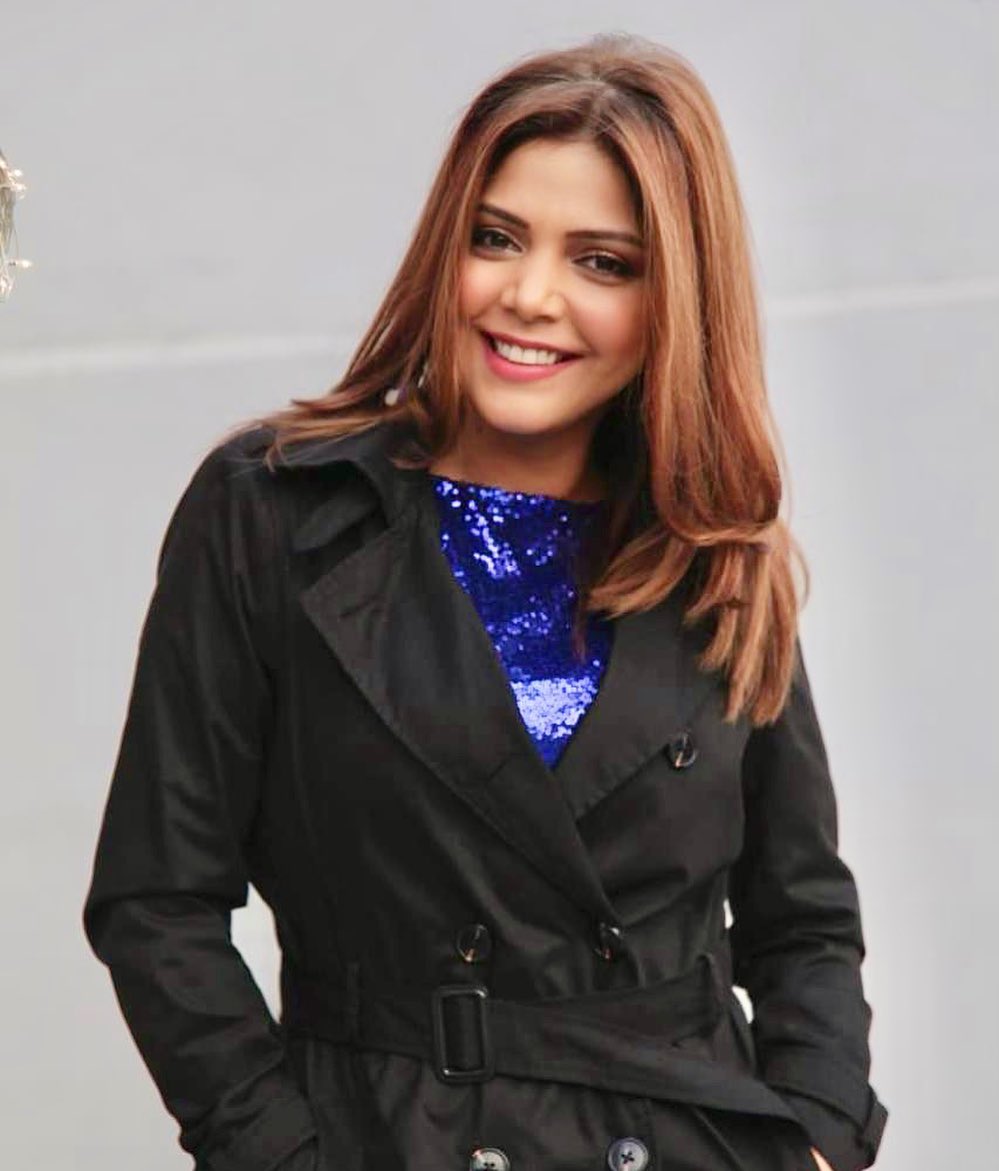 Hadiqa Kiani's collaboration with Turkish artist Ali Tolga centered around Kashmiri martyrs has been removed from YouTube, as confirmed by the singer on her Instagram.

Hadiqa uploaded the news on her Instagram Stories late on Tuesday, alluding to a something deeper than some technical issues. "Our tribute to Kashmir was removed from YouTube a few hours ago.There seems to be a systematic silencing taking place but we will not be silenced because our message is of love and peace," she wrote.

She then added that the international cicivil society The Kashmir Civitas is "actively working to reupload the video," and that she will share updates with her fans as soon as she gets any. So far, no further update has been made yet. 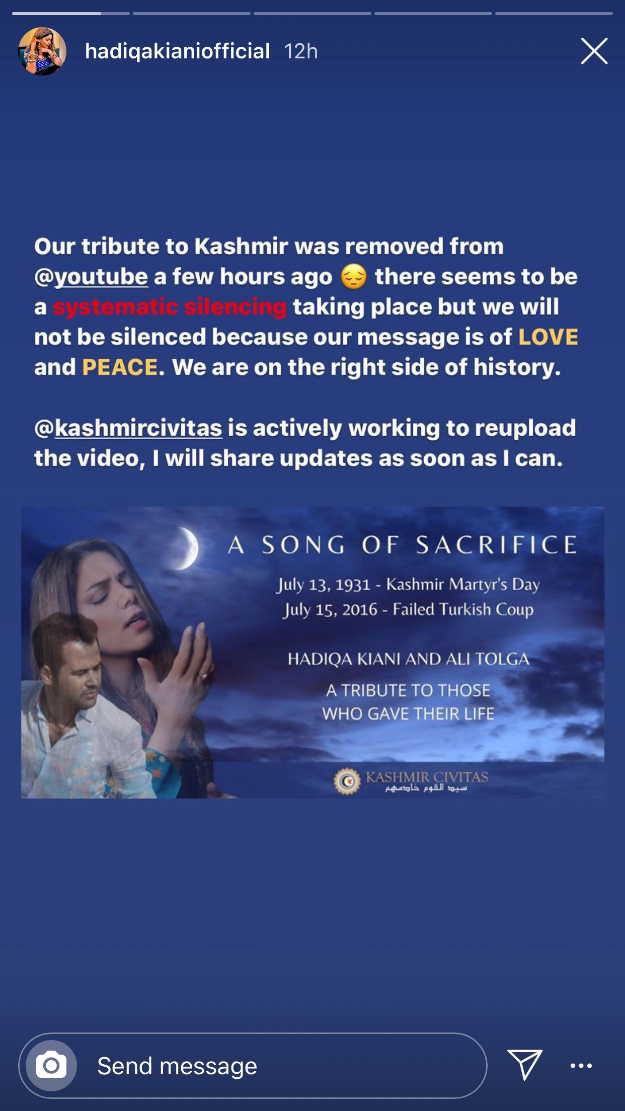 The song, titled Diami Bahar, translates into Eternal Spring and is primarily sung in Turkish with bits in Urdu. Hadiqa is heard singing in Turkish during the first half of the song and then later on adopts Urdu. Interestingly, this is not the first time that Hadiqa has sung in Turkish. Just a few weeks back, the singer covered popular Turkish track Sen Ağlama, originally sung by Sezen Aksu, as a tribute to the populer TV show Diriliş: Ertuğrul.

In an earlier conversation with The Express Tribune, Kiani revealed how she was got the opportunity to perform at the Atatürk Cultural Center Opera House in Istanbul, Turkey. "The song actually dates back to 2005. At that point in my career I was touring internationally quite a lot and as a gesture to the host country, I would sing a song in their native language," she said.