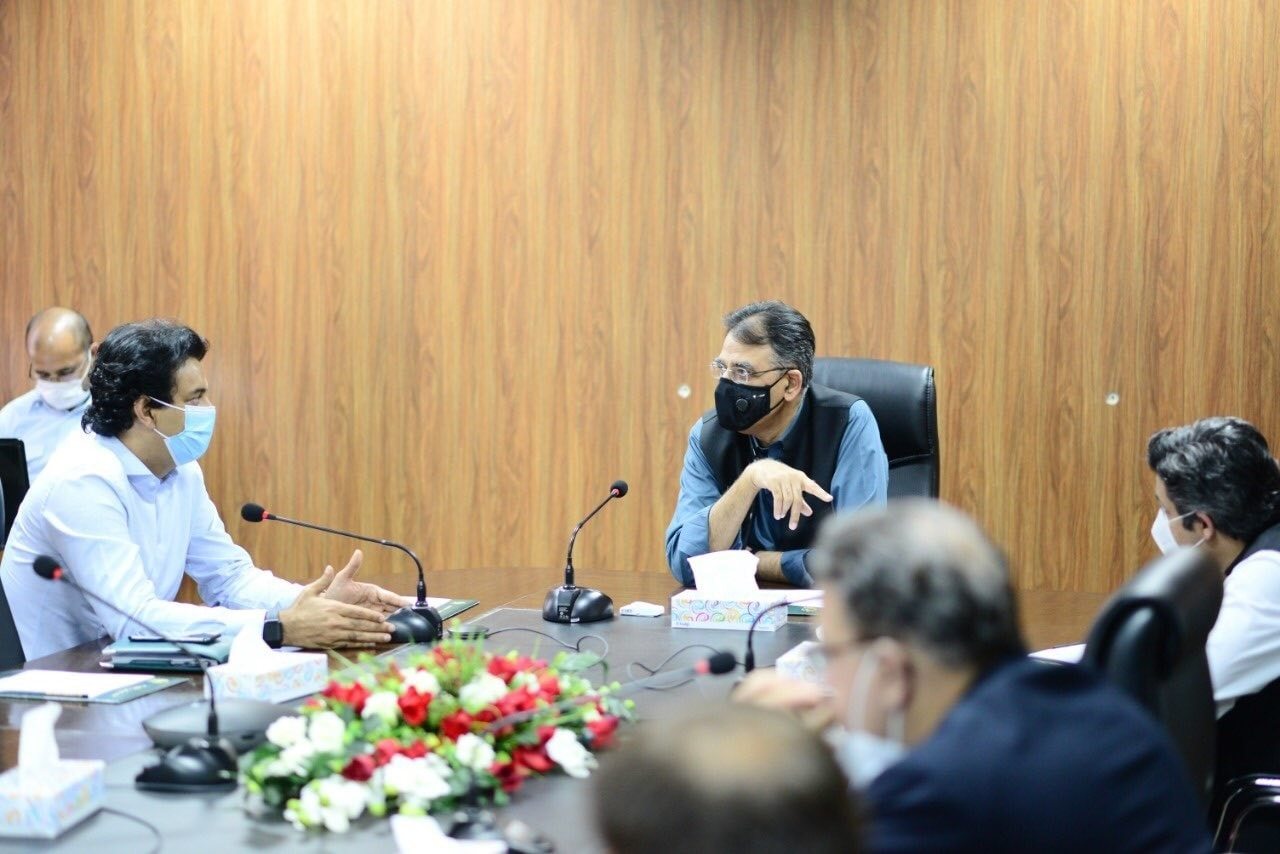 The pleas of the business community have finally been heard as the federal government has taken notice of the prolonged power outages in Karachi. Although it has assured of minimised load-shedding and resumption of gas supplies to industries and CNG stations, the government recommended that businessmen switch over to the expensive imported RLNG as a solution.

This was suggested by Federal Minister for Planning, Development, Reforms and Special Initiatives Asad Umar during a meeting with businessmen on Saturday to discuss power issues plaguing the economic hub.

"The federal (government) may take control of K-Electric if it does not fix its (working) attitude," stated a press statement from the Sindh Governor House, quoting Umar.

"The (privatisation) agreement allows K-Electric to maintain its monopoly (that no other bulk producer may set up exclusive production plant in Karachi) till 2023," an industrialist, quoting the minister, told The Express Tribune after attending a meeting.

Earlier, a few private entities tried to set up exclusive bulk power plants in an attempt to end outages in the city and boost economic activities. However, they failed to do so after K-Electric filed cases against them and court of laws ordered a stay, it was learnt.

Special Assistant to the Prime Minister (SAPM) on Petroleum Division Nadeem Babar, who addressed the meeting with businessmen and industrialists online, said that Pakistan is scheduled to receive a furnace oil ship at Karachi port on Tuesday and another one on Thursday.

"The import of furnace oil would end unannounced load shedding on K-Electric network next week," the meeting participant said, quoting the special assistant.

Babar was further cited as saying that the government would resume gas supplies to captive power plants at export factories in seven industrialist estates in Karachi and other industries, including CNG fuel stations, from Monday.

"K-Electric would not be in need of the additional gas from Monday that the government has diverted to it from industries for the past couple of days," another meeting participant told.

Umar suggested the industrialists to switch over to expensive imported gas; the re-gasified liquefied natural gas (RLNG) as gas output from fields has been on decline since long.

"The gas production has been reducing by 10% every year. RLNG is a permanent solution," a meeting participant said citing Umar.

Responding to this, Korangi Association of Trade and Industry (KATI) President Sheikh Umer Rehan asked Umar why industrialists should use the expensive imported gas while Sindh produces higher volume of gas than the provincial requirement.

Sindh's gas is being provided to other provinces in violation of the 18th amendment in the Constitution. “This is first our right to utilise the gas under the amendment,” he told the meeting.

He urged the federal government to convince K-Electric to develop infrastructure at a fast pace that enables it to import the offered additional 800 megawatts power supply from the national grid station in four to five months.

The minister, however, told the meeting it would take around 18 months to lay the required transmission and distribution network for the additional supplies from the national grid.

When the meeting participants invited the government high officials' attention towards the unprecedented 15-17% line losses of gas, better known as unaccounted for gas (UFG), Babar said the country needs to replace the 50-year old gas transmission and distribution system with a new one.

"Umar said laying infrastructure for power, gas and water in Sindh is the job of the provincial government," Rehan added.

Meanwhile, Federation of Pakistan Chambers of Commerce and Industries (FPCCI) Vice President Khurram Ijaz said that businessmen belonging to Karachi attended another meeting where chronic issues of low availability of water, power and gas to factories were highlighted while utilities' officials delivered the same old presentation as a solution to the crises that they have been reiterating for the past two years.

“Sui Southern Gas Company (SSGC) officials delivered the same presentation which they did in 2018. The presentation just explained this is production, this is consumption and this is the deficit and no solutions.”

He, however, quoted Umar as saying, that the government was taking measures to fix power crisis in the city other than the one by the K-Electric.

"I urged upon the government officials that if they want to attract foreign direct investment (FDI) in the country and want to revive exports to earn precious foreign exchange then they have to remove constraints in the way to production by local industries," Ijaz said.

“The minister, however, blamed former PM Nawaz Sharif and former fiancé minister Ishaq Dar for the entire crises being faced by the industrialists and Karachiites today,” he added.