After Pakistani trolls stooped to moral polcing Turkish actress Esra Bilgic over her Instagram photos of herself, she decided to turn off her comments for one of her snaps in a bikini.

She has become a household name in Pakistan after state-run PTV started airing "Dirilis: Ertugrul" with Urdu dubbing.

The actress witnessed a surge in her popularity through the comments she received from her Pakistani fans on Instagram.

However, the fan obsession with the show's actors/characters seems to have taken a flight for the worse; screenshots from the Instagram profile of the actor who plays Halima Sultan on the show, Esra Bilgiç, revealed the dark, albeit hilarious, side of Pakistani fans as they went on to relentlessly moral police her on her clothing and poses.

The picture elicited comments like 'Why are some Turkish and Pakistani actors following Western culture?' and 'I hate you after seeing this picture Halima Sultan.'

That's not all, many even likened her on-screen persona to something that they expected from her in real life. The 'modest and noble' lady trope was repeated, implying that that's how she should lead her life.

There were also long paragraphs about how she should emulate the character she played on screen and that she looked much better in 12th-century attire than the 'western' clothes she wears in her personal life. The impossibility of which is obviously lost on many of the commentators. 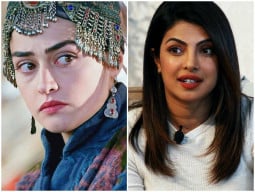 Esra Bilgiç had schooled Priyanka Chopra for warmongering against Pakistan 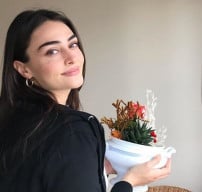 Esra Bilgic is most popular beautiful Turkiey actress famous in Pakistan after his drama Artgul. She is very gorgeous and beautiful and hardworking actress. She win many hurt in whole world with his cute smile and beautiful look .

Western clothing are very common in Turkey, 16h century clothing were required for picturization of the drama, why would she wear it in real life, wearing bikini is common in Turkey and she wore it,no big deal.

I very impressed your reaction in ertugrul drama, I love turkey country... I like you very much... May you live long.... Thanks..