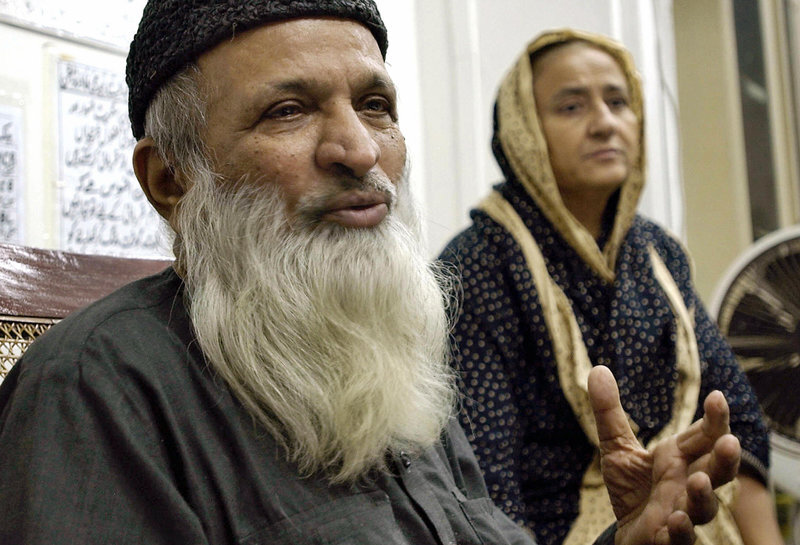 In a nation often riven by social, ethnic and religious strife, Edhi won respect from every stratum of society for an ascetic lifestyle devoted to helping the poor regardless of their background. PHOTO: AFP/FILE

The nation on Wednesday commemorated beloved philanthropist and social worker Abdul Sattar Edhi on his fourth death anniversary, with tributes pouring in for him.

The iconic humanitarian was born on February 28, 1928, in Gujarat before the partition of the sub-continent. He breathed his last on July 8, 2016, at the age of 88, in Karachi.

Edhi started welfare services in 1951. The founder of the Edhi Foundation, he and the organisation became famous for running the largest volunteer ambulance network in the world. The foundation also runs homeless shelters, animal shelters, rehab centres and orphanages across the country.

In a nation often riven by social, ethnic and religious strife, Edhi won respect from every stratum of society for an ascetic lifestyle devoted to helping the poor regardless of their background.

Edhi lived in a bare room in Karachi, alternating between his two suits of black clothes and occasionally listening to recordings of Quranic verses on a battered old tape recorder.

The philanthropist's reputation for austerity and generosity resonated deeply in Pakistan, a country of 190 million people whose government is riddled with corruption and where public health and welfare services are weak.

Motivated by a spiritual quest for justice, over the years Edhi and his team created maternity wards, morgues, orphanages, shelters, and homes for the elderly, picking up where limited government-run services fell short.

His wife, Bilquis, a nurse, oversees the women's shelters and the adoption of orphans. They have found homes for about 25,000 children.

"When my ambulance takes a wounded person who is in pain to the hospital, when people reach the hospital, I find peace in knowing I helped an injured person who was in pain," Edhi told Reuters in an interview in 2013. "My mission is to love human beings … Each day is the best day of my life."

In a tweet, Pakistan Peoples Party chairperson Bilawal Bhutto Zardari said, "Today we remember one of Pakistan's finest sons, Abdul Sattar Edhi. He lived with simplicity and grace and served the people of this country with unwavering dedication."

Today we remember one of Pakistan’s finest son, Abdul Sattar Edhi. He lived with simplicity and grace and served the people of this country with unwavering dedication.

Meanwhile, National Assembly opposition leader Shehbaz Sharif also tweeted praise for the late humanitarian. Calling Edhi "a true embodiment of selfless service to humanity," he added, "What a towering personality and an unending source of inspiration he was. His life and work have influence generations around the world."

Remembering Abdul Sattar Edhi - a true embodiment of selfless service to humanity - on his 4th death anniversary. What a towering personality & an unending source of inspiration he was. His life & work have influenced generations around the world.

Sindh government spokesperson Murtaza Wahab, too, tweeted that Edhi was "forever missed and cherished by all."

In his lifetime, Edhi was honoured with several awards for his selfless services in the cause of humanity, both on the national and international levels.