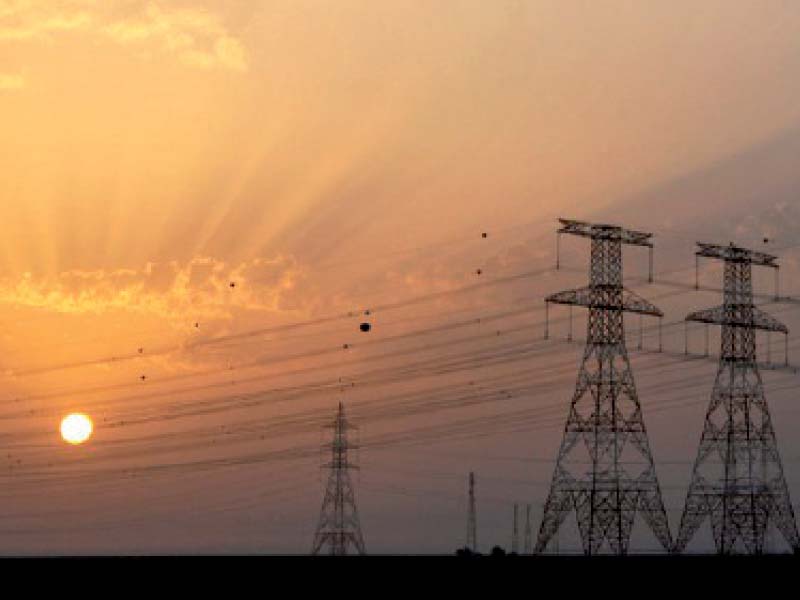 The government is currently in the process of finalising a new mechanism for subsidies aimed at doing away with the current regime. PHOTO: FILE
ISLAMABAD:

In a major development, the government has decided to withdraw all general power subsidies and would limit concessional electricity rates to five categories, which is also crucial for revival of the stalled International Monetary Fund (IMF) programme.

The decision has been taken without holding socio-economic survey about the needs and is solely based on the available fiscal space, highly placed sources told The Express Tribune.

Prime Minister Imran Khan has already issued instructions to finalise a mechanism to shift to targeted subsidies regime but the government may face some legal obstacles until it amends the National Electric Power Regulatory Authority (Nepra) Act.

The government is currently in the process of finalising a new mechanism for subsidies aimed at doing away with the current regime of giving electricity subsidies up to 300 units monthly consumption, irrespective of income levels, top officials of the finance ministry told The Express Tribune.

It has now decided to give subsidies only through Ehsaas programme, electricity subsidies on agriculture to be given on landholding-basis and to the areas like Azad Jammu and Kashmir and the erstwhile Federally Administered Tribal Areas (Fata). However, the decision requires approval of the federal cabinet and the legal backing, which have not yet been done.

In addition to targeted regimes, another major change in electricity prices determination which is under consideration is to move away from minimum determined tariff as base tariff for all consumers to average tariff of 10 power distribution companies. This would significantly increase burden of Punjab-based consumers due to increased theft and losses in other three provinces.

In the first step towards targeted subsidies regime, the finance ministry has taken back the control of electricity subsidies regime from the Power Division, according to the budget documents of 2020-21.

The budget documents showed that the government did not make allocations for power subsidies under the grant number 46, which is administered by the Power Division. In the last fiscal year, the allocations under grant 46 were Rs226.5 billion, which for this fiscal year has been reduced to mere Rs105 million.

Instead, the allocation under demand number 66, which is controlled by the finance ministry, has increased from revised Rs442.6 billion to Rs643 billion to give subsidies only to targeted people, according to demand for grants and appropriation book 2020-21.

A senior finance ministry official said that the electricity subsidies allocations were reduced to make room for increasing the development spending budget to Rs650 billion. He added that there was a trade-off and the prime minister decided to increase the development budget.

The electricity subsidies allocations in the budget are 60% or Rs221 billion less than what the Power Division had demanded before the budget on the basis of existing concessional regimes of domestic users, agriculture tube-wells and exporters

In its demand, the Power Division had sought Rs266 billion for inter-disco tariff differential subsidies and another Rs100 billion for agriculture sector, industrial support package and zero-rated sector subsidies.

Increasing electricity tariffs was one of the two outstanding issues in January this year that eventually derailed the $6 billion IMF programme. At that time, the government had promised to increase electricity prices in July 2020. However, due to the spread of coronavirus, the government faces problems in increasing the tariffs.

The sources said that minimum 14% electricity prices have to be increased, excluding the impact of shifting to the targeted subsidies regime. The sources added that the IMF was inclined to consider only 2nd delayed review for the IMF programme for its board approval, which would pave the way for release of only $450 million third tranche.

The sources said that the federal government was considering to bring three major changes in the current electricity prices regime: firstly, shift to targeted subsidies, secondly, moving away from current minimum determined tariff regime to average tariff of all power distribution companies and lastly, increasing the limit of lifeline consumers from 50 units per month consumption.

Except targeted subsidies regime that can be changed by securing the approval of the Economic Coordination Committee (ECC) and the federal cabinet, the government will have to first secure amendments to the Nepra Act.

About 4.5 million beneficiaries of the Ehsaas programme are considered to be eligible for power subsidies under the new regime. There are many Ehsaas beneficiaries, who do not even have electricity connections.

For agriculture tube-wells, the government was considering setting landholding limit at either 12.5 acres or 15 acres aimed at limiting the number of beneficiaries.