There is massive religious discrimination in Pakistan: Hamza Ali Abbasi 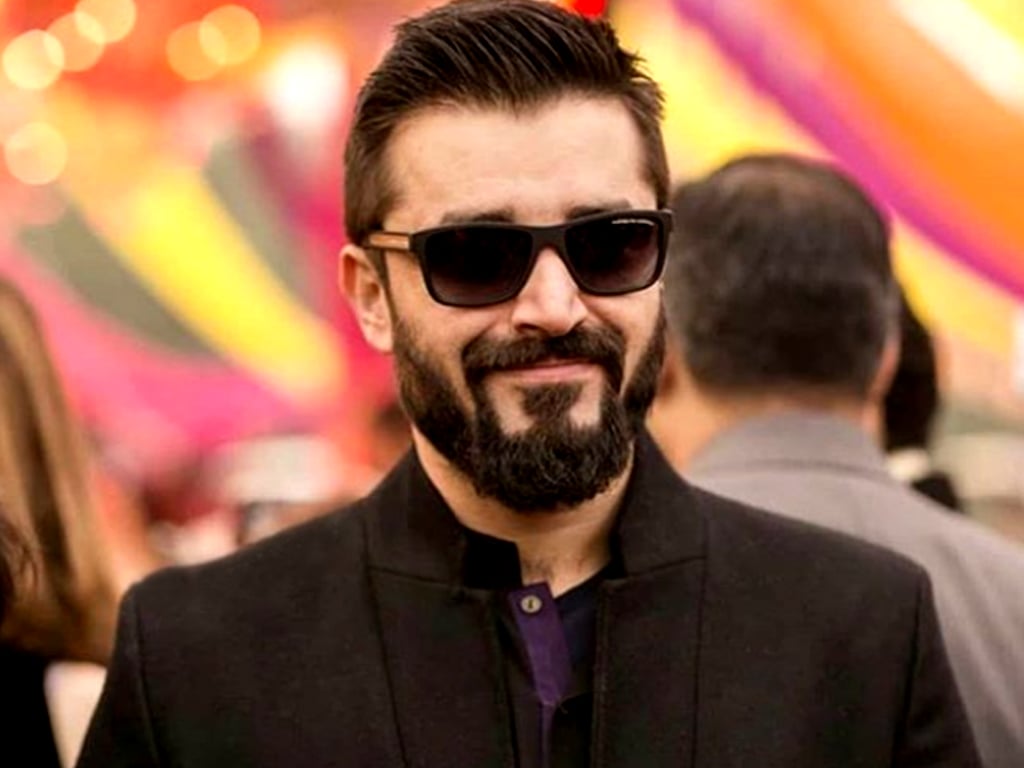 Hamza Ali Abbasi has never been the one to mince words when it comes to speaking his mind. The actor has always spoken up on national and religious matters, and this time he talked about religious discrimination in Pakistan.

Hinting towards the current temple building issue, Hamza took to Twitter and shared his two cents.

"Pakistan is not an empire or a kingdom. We Muslims didn't conquer Pakistan. We are a Muslim majority nation and state," the Parwaaz Hai Junoon star wrote. "On 14th August 1947, everyone who resided in the boundary of Pakistan became an equal citizen."

Pakistan is not an empire/kingdom. We Muslims didnt CONQUER Pakistan, we are a Muslim Majority Nation State. On 14th August 1947 every 1 who resided in the boundary of PAK BECAME AN EQUAL CITIZEN. No more hypocrisy, i admit tht thr is massive religious discrimination in Pakistan.

He went on to add, "No more hypocrisy, I admit that there is massive religious discrimination in Pakistan."

This is not the first time Abbasi has been vocal about the rights of the minorities.

Earlier, Osman Khalid Butt explained why it is difficult for people to call out discrimination against religious minorities in Pakistan.

Butt shared he believed that speaking in favour of certain minorities may lead the majority to suffer the same fate as the oppressed. Thus, it is out of the fear of that backlash that many tend to stay quiet.

He wrote, "It is difficult for us to come to terms with and be vocal about the discrimination and apartheid of religious minorities in Pakistan - mostly because of fear. We fear the same persecution and ostracism they face almost on a daily basis."

He then added another reason why people fail to understand or even take into account the discrimination against these minorities. "Another reason is that little progress has been made to humanise them beyond statistics and their obvious 'otherness' - a prejudice that has passed on from generation to generation."

Butt concludes by addressing a thread he shared recalling the Lahore massacre of May 28. 2010 which occurred during the Friday prayers. The incident saw 94 people killed and more than 120 injured in simultaneous attacks against places of worship of a minority community.

everybody should treat diginity with equality that is teaching in every religion.

Same my point. My maternals are Ismaili Majority(some converted to Sunni), My maasi is christian, I have only 2 Pakistani Friends from Christians, my name is Cyrus(angrezon wala naam) born in Muslim, born as Muslim, this connection gives people message all around the world is to stop religious discrimination.

I congratulate Mr. Hamza Ali Abbasi for recognizing this deeply hurting and devastating reality of religious discrimination in Pakistan. We, as a nation, and not just Muslims, Christians or Hindu or any other religious tradition, must educate our children, update our school curriculum, remove all hateful material against the other religions. We are so divided. We are , after more than seven decades of "indepence" still remains a crown. We have to become a nation. To do so, we must sacrifice our petty and selfish interests. Our politicians must stop playing the card of religion. When I hear people like Me Hamza speaking, I don't lose hope. Rather I see a light at the end of the dark tunnel. Let's stand. Let's work together to promote the principles and foundational beliefs and truths of the Founder of Pakistan. Let's be courageous. Others have done it. We can do it too.