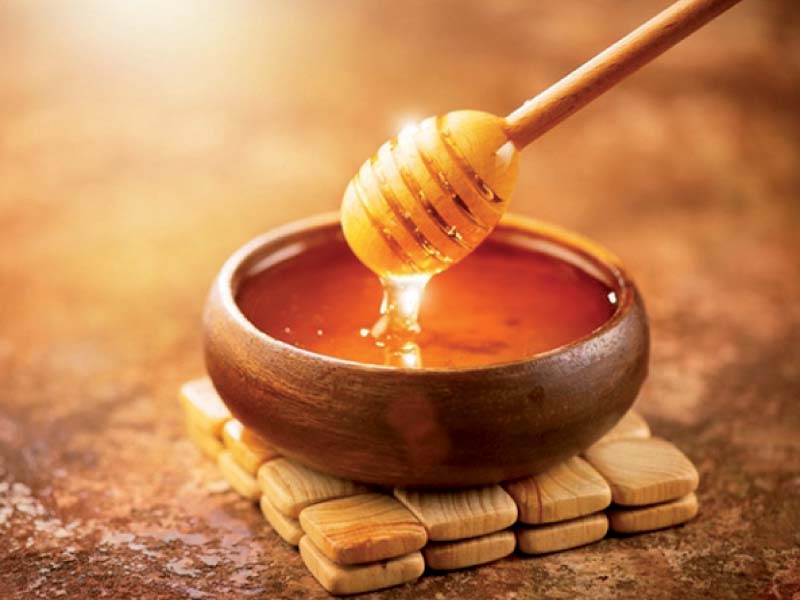 Honey is widely used by citizens not only in medicine but also for preparing edible items in everyday life. The sweet and viscous food substance, due to its numerous medical benefits and abundant nutrition, is equally useful for all people regardless of their age or gender.

During winter, the consumption of honey increases manifold as it is useful in maintaining the optimum body temperature and this often results in its nationwide shortage.

Another rarity, a litre bottle of whortleberry honey, had an extraordinary price tag of Rs2,500-3,000.

Profiteers and counterfeiters often take advantage of the shortage in winter and sell artificial honey to fleece consumers.

Usually citizens cannot differentiate between real and counterfeit honey which leads them to buy fake honey from profiteers.

Chichawatni is home to Pakistan's second-largest manmade forest. It is named as the Chichawatni Forest Division. The total area of this forest is 11,521 acres. In 1914, 33 years before the creation of Pakistan, afforestation was conducted in Chichawatni and Changa Manga.

Two decades later, when these plants became trees, a unique resource was added to the biosphere in the form of honey.

These forests are now known for this blissful resource.

Since densely shaded trees provide a very pleasant and cool environment for the growth and propagation of both large and small bees in the summer heat, bee swarms migrate in groups to these green areas to protect themselves.

With the onset of spring, when flower buds begin to bloom, bees begin their honey production ordeal.

According to the forest department, more than three tonnes of pure honey is produced in the region every year, which is preferred across the country for its high quality.

Honey is loved by animals and birds and often humans compete with them to get their hands on the delicious resource.

For a long time, contract for honey production in Chichawatni was awarded for up to Rs900,000 but last year, for the first time ever the contract price exceeded Rs1.8 million.

Unfortunately, due to alleged corruption in the forest department, the forest of Chichawatni has reportedly reached the brink of destruction. The unfavorable weather conditions are not helping either and large trees that provided shade to the wildlife are gradually disappearing.

Plantation of other tree species that are not utilised by the bees for building their honeycombs has severely affected honey production too.

Since honey is a gift of the hot regions, the plains of Sindh and Punjab are considered as major centers of its production.