Hearing in NFC case put off till July 22

AGP says when a member resigns, a new notification has to be issued
June 30, 2020 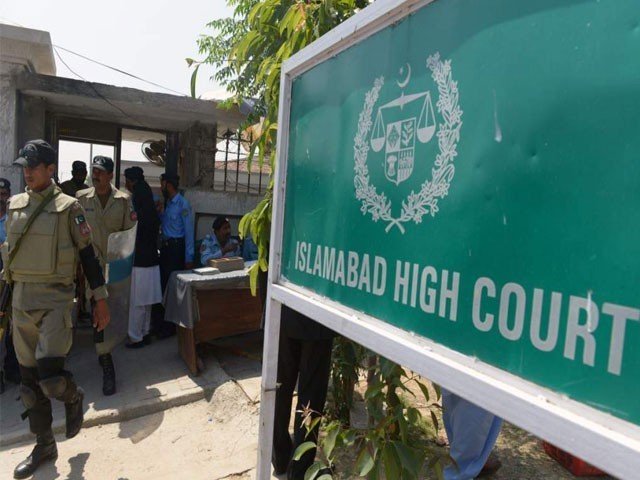 Islamabad High Court adjourned the hearing till July 22 at the request of the attorney general. PHOTO: FILE
ISLAMABAD:

The Islamabad High Court (IHC) on Monday allowed a request of Attorney General for Pakistan Khalid Javed Khan for grant of time on a Pakistan Muslim League-Nawaz (PML-N) petition against the formation of the 10th National Finance Commission (NFC).

A division bench, comprising Justice Amir Farooq and Justice Miangul Hassan Aurangzeb, adjourned the hearing of the petition filed by PML-N leader Khurram Dastagir Khan until July 22 after the attorney general apprised the court that he would suggest the government to withdraw the NFC notification.

During the hearing, the AGP informed the bench that Javed Jabbar, a member of the NFC, had resigned, adding that when a member resigns, a new notification has to be issued.

He said he would advise the withdrawal of the notification that had been challenged in this court and issuance of a new notification.

The court adjourned the hearing till July 22 at the request of the attorney general.

Earlier, the IHC single member bench comprising Justice Miangul Hassan Aurangzeb had sent the case to Chief Justice Athar Minallah, recommending formation of a division bench in view of the importance of the matter.

During the last hearing, the single bench had allowed the petitioner to file more documents in the case.

It also ordered to make the letter of Sindh chief minister regarding reservations over the NFC part of the case record.

The bench had observed that it was a serious matter and also expressed concern over non-submission of comments by the Finance Division.