Fears mount over migrants dying 'out of sight' in Mediterranean

As the coronavirus pandemic dominates headlines, Europe closes its ports and no humanitarian ships carry out rescues

Members of the Spanish NGO Maydayterraneo prepare to sail back to the Aita Mari rescue boat with around 90 migrants in February. PHOTO: AFP

More and more migrants are crossing, Europe is closing its ports and no humanitarian ships are carrying out rescues. As the coronavirus pandemic dominates headlines, activists fear the Mediterranean is the scene of an overlooked "tragedy".

A handful of migrant landings have taken place in recent weeks, including 79 people who arrived last weekend in Italy - a country under fire even before the outbreak for refusing to allow private vessels carrying migrants to dock.


International organisations and NGOs say the situation is bleak, as all rescue operations were ceased as of last week.

"If there is no help at sea and countries drag their feet to rescue and allow people to disembark, we're going to end up with a fairly serious humanitarian situation," said Vincent Cochetel, special envoy for the central Mediterranean with the United Nations High Commissioner for Refugees (UNHCR).

He estimates that 179 people have died in the area since January.

Italy and Malta closed their ports at the beginning of April as the pandemic hit Europe hard. At that time, only two rescue boats were in operation - the Alan Kurdi vessel run by the German NGO Sea-Eye, and Aita Mari chartered by the Spanish organisation Maydayterraneo.

Both have now been grounded by the Italian coastguard for "technical" problems, a move denounced as unjustified by campaign groups.

Meanwhile Malta's Prime Minister Robert Abela said last month that he was under investigation for his role in the death of at least five migrants who tried to sail from Libya to Italy. A Maltese patrol boat allegedly cut the cables of the migrant dinghy's motor. 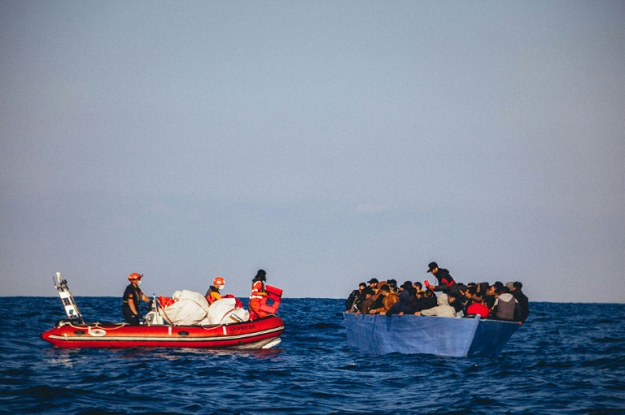 A picture released by German migrant rescue NGO Sea-Eye shows an operation to rescue people in distress off the Libyan coast in April. PHOTO: AFP

The situation is all the more dire, Cochetel said, as departures from the Libyan coast have nearly quadrupled compared with the same period a year ago, with 6,629 attempts to reach Europe between January and the end of April.

The number of departures from Tunisia had more than doubled, Cochetel said.

"Whether or not there are (rescue) boats at sea, it has no influence on departures - this period of coronavirus has amply proven that," he said.

He said that "75 percent of migrants in Libya have lost their jobs since the lockdown measures, which can lead to despair".

Sophie Beau, general director of SOS Mediterranee, a French-based NGO that charters a rescue boat called the Ocean Viking, questions the motives behind the withdrawal of the two vessels.

"Two boats one after the other, it really raises questions about why they were seized," she said.

The Ocean Viking will return to sea "as soon as possible" despite the "criminalisation" of aid groups, Beau said.

"It's very dramatic... and counter to international maritime law, which requires us to help anyone in distress as quickly as possible," Beau said.

"Now, as there are no witnesses, we don't know the extent of the possible tragedy taking place" in the Mediterranean, she added.

The central Mediterranean "remains the most dangerous maritime migration route on Earth," the International Organisation for Migration warned.

"In the current context, risks that invisible shipwrecks are occurring out of sight of the international community have grown," it said.

Beau warned that "managing the epidemic, closing ports and borders... in addition to these constraints, there is also the lack of a coordinated mechanism," referring to the agreement on the distribution of migrants between European countries after they have disembarked. 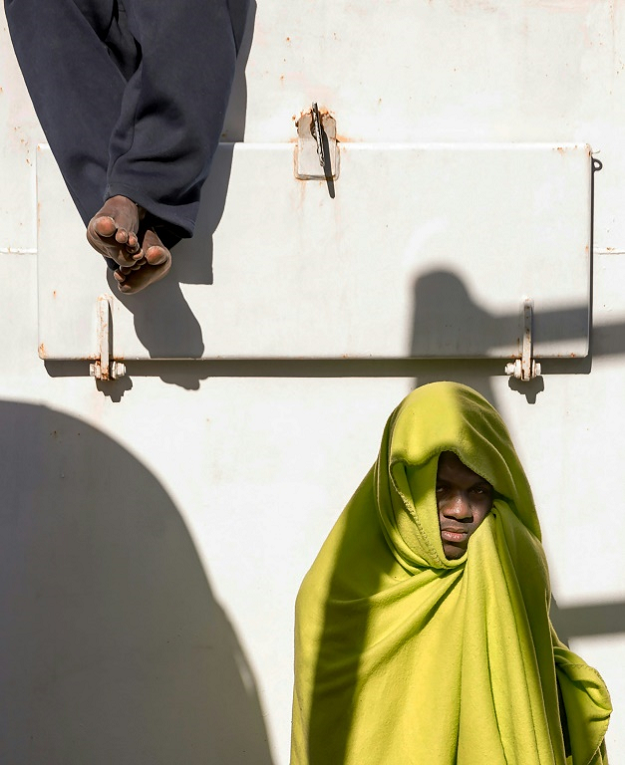 Two migrants are pictured on board the Aita Mari vessel in February after their rescue in international waters. PHOTO: AFP

The agreement was drawn up in Malta at the end of 2019 but has been slow to materialise.

In a joint letter sent to the European Commission and reviewed by AFP, the French, Italian, Spanish and German interior ministers called for the establishment of a "solidarity mechanism" for "search and rescue" at sea.


"Currently, a handful of member states carry an excessive burden, which shows a lack of solidarity and risks making the whole system dysfunctional," they said in the letter.

Pending a European agreement, and in the absence of humanitarian vessels, 162 migrants are currently stranded at sea on two tourist vessels.