World will be same but worse after 'banal' virus: French writer

#JusticeforDawoodButt spread like wildfire on Twitter.SCREENGRAB:TWITTER/(@TigerGhani)
TikTok star Ghani Tiger has called for justice to be served after his father was shot dead and his brother injured by assailants in an attack in Sialkot on Sunday.

Ghani, who shot to fame for his antics on the social media platform, narrated the ordeal of how men armed with pistols and rods murdered his father in a viral video post.

The attackers also opened fire at his younger brother named Dawood Butt – who is in hospital.

"The assailants first hit my father on the head with an iron rod and then shot him in the brain, killing him on the spot,” teary-eyed Tiger shared in the post. “My brother is still in the hospital while my mother is in a state of shock,” he lamented.

He pleaded with Prime Minister Imran Khan to take notice of the incident.

Tiger, with millions of followers, is one of the most followed TikTok stars in Pakistan.

He is among the first singers and rappers of the country who garnered immense fame and popularity from the platform in very short span of time.

The video spread like wildfire on social media, with users up in arms over the incident.

#JusticeforDawoodButt soon became the top Twitter trend in the country. 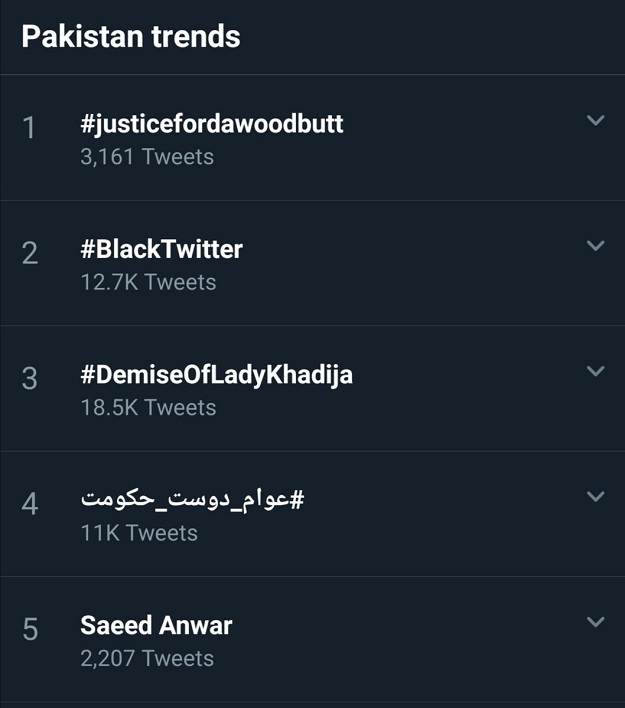 "We all used to play together on the streets as children and would quarrel but we would never involve our elders. Before this time they even tried to attack by paternal uncle," he claimed in a video interview with television host Waqar Zaka.

The TikTok star also claimed that they were ambushed by at least 11 people.


Several of the culprits have been arrested by Punjab Police, while the authorities are looking for others as Ghani updated the public in a video shared by SSP Atif Nazir.

In the clip, he said that the police helped the family immediately after the incident and three of the perpetrators have been arrested.


Pakistani celebrities Zara Noor Abbas also expressed immense grief and dejection over the incident, saying:“It pierces my heart to see that even in times like this and the day and age like this, a son has to beg for justice for his father's death, online. How many more murders to happen before we can get goons behind bars? #justicefordawood.”

It pierces my heart to see that even in times like this and the day and age like this, a son has to beg for justice for his father's death, Online. How many more murders to happen before we can get goons behind bars? #justicefordawood


"My heart goes out to him. I can see he’s clearly in a LOT of emotional pain and I sincerely hope he gets justice. May his dad R.I.P #justicefordawood," fellow celebrity Armeena Khan shared.