Riyasat-e-Madina and the report on sugar

Riyasat-e-Madina and the report on sugar

The entire system is rigged and geared for corrup­tion by reward­ing the rich at the expens­e of the poor
By Imran Ahsan Nyazee
Published: April 10, 2020
Tweet Email 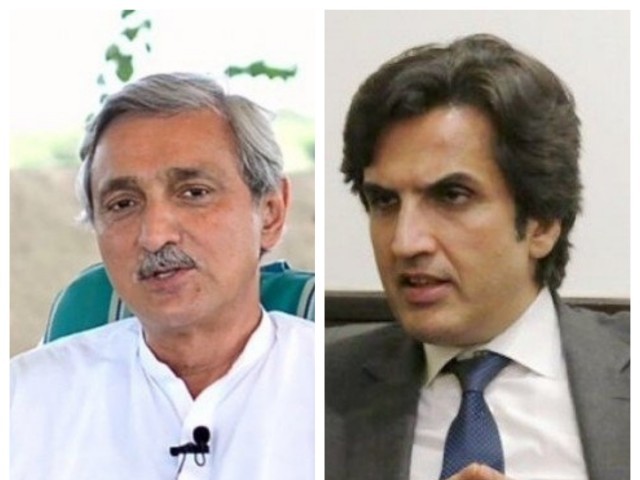 Madina was the first Darul Islam. As Muslims, we are required to follow and adopt the model established in Madina. The present government is promoting this model and urging citizens to discover its unique features so that they can be adapted to in our policies. This is commendable. The question, however, is: are we to pick and choose elements of this model and follow those that we like and reject those that we do not? In our state’s life, we have consistently rejected many of the elements of this model or have delayed their implementation. The ‘wise’ people of our state believe that the features rejected are no longer applicable in the modern age and were more suited to a bygone era. Among these is the partial implementation of zakat and the delay in the implementation of riba. Whatever the view of such persons, our state policies related to food are facing problems for which guidance must be sought from the Madina model.

To understand this issue, we see the meaning of some traditions. “From Anas ibn Malik (RA), who said: The prices rose in Madina during the period of the Messenger of Allah (peace be upon him). The people said: ‘O Messenger of Allah, fix the prices for us.’ The Messenger of Allah (peace be upon him) said: ‘It is Allah Who determines the prices, He is the Withholder, He is the Provider, and He is the Sustainer. I do hope that when I meet Allah, none of you has a claim against me due to an injustice pertaining to life or property’.” The tradition is reported by five of the six sound (sahih) compilations. It clearly tells us that “fixation of prices” is the right of Allah Almighty alone. The Prophet (peace be upon him) likens this act to an injustice for which even he will be questioned in the Hereafter, let alone ordinary Muslims like us.

What is the impact of this tradition on the current issue that we face in the context of the report on the sugar industry? The narration is telling us not to fix prices in any field of economic activity and doing so in “any” manner will amount to injustice and hence a sin for which those responsible will be taken to task in the Hereafter. In the present context, it means that we should not fix the price of sugarcane or of sugar produced from this sugarcane. If it is not feasible for the farmer, let him seek sustenance from some other produce of the earth — cotton or wheat or something else. It also implies that we should not fix the prices of any other input that the farmer employs.

If the price of sugar rises and the price in the international market is less, people should be free to import it. If the price in the international market is more, let them export sugar if they like. Likewise, do not fix the prices for the inputs needed by the sugar industry. The produce of the sugar-maker is not to be subsidised. All these implications are telling us to work for a free market. Interference in the market is injustice and is not permitted by the Madina model. We must promote competition and deregulation. Further, the state should not become a businessman and start producing things or even offer services, as all this amounts to the fixing of prices.

The requirement of an absolutely fair and just competitive market is supported by another tradition. From Tawus from Ibn Abbas (RA), who said, “The Messenger of Allah (peace be upon him) said, ‘Do not go out to meet the incoming caravans, nor should the town-dweller sell for the villager.’ Tawus says, ‘I said to Ibn Abbas: What is the meaning of his words: nor should the town-dweller sell for the villager? He replied: He should not become a broker on his behalf.’” The tradition is agreed upon by Bukhari and Muslim, and this version is from Bukhari. This rule in Islamic law has been given the designation of tallaqi al rukbaan or going out to meet the incoming food caravans. The main idea here is that there should be a free flow of goods, so that the farmer from the village is able to sell his goods directly in the main market to get a fair price. The brokers or the middlemen who brutally exploit the farmer are to be prevented from doing so.

This idea is supported by another tradition, “From Abu Hurayrah (RA), who said: The Messenger of Allah (peace be upon him) said, ‘Do not go out to meet incoming goods. If one does so and buys them, the (original) owner has an option upon reaching the market’.” This tradition is reported by Muslim. Meaning that if the villager or the person bringing the goods to the town market comes to town and finds the town price is higher than what he was given, he has the right to revoke the original sale and take back his goods. The main idea here is that if the middleman is making an exorbitant profit, he should be made to return the goods or pay an additional amount to the farmer. Perhaps, this can be implemented by requiring all middlemen to declare their purchase prices.

Islamic law prohibits hoarding. This means prohibition of monopolies and cartels even when done by the government. This rule is based on the following tradition, which makes no distinctions and exceptions. From Ma’mar ibn Abdullah (RA) from the Messenger of Allah (peace be upon him), who said: “Only the one in error hoards.” The tradition is reported by Muslim. The issue of hoarding is related to food, especially essential or staple foods. This idea again speaks about the free flow of goods. Other traditions talk about the disapproval of speculation in food. These narrations require the taking of bought-food into possession before it is sold again. The provision may affect trading in commodity exchanges.

Once the ‘wise’ persons, who manage the economy and other state affairs read this, they will start asking how the poor farmer will be paid a decent price and who will protect the consumer by giving him food at fair prices. The response would be that once we trace the chain of fixed prices, it leads to fixed prices of petroleum, gas, electricity, and so on. To these we may add monopolies in railroad, minerals, air travel, forests, water resources. The entire system is rigged and geared for corruption by rewarding the rich at the expense of the poor, who pay taxes in addition to the fixed prices. The source of all this corruption is the fixing of prices and the creation of state monopolies.

No one expects a revolutionary change overnight or the upsetting of the entire system. Nevertheless, it must be recognised that we are facing daily financial scandals and crises due to a system based on price fixing and this system has been erected in direct opposition to the model laid down by the Darul Islam of Madina.

Can Covid-19 become a game-changer?