E-learni­ng is the irresi­stible force of the future. It has come to stay.
By Muhammad Ali Ehsan
Published: April 5, 2020
Tweet Email 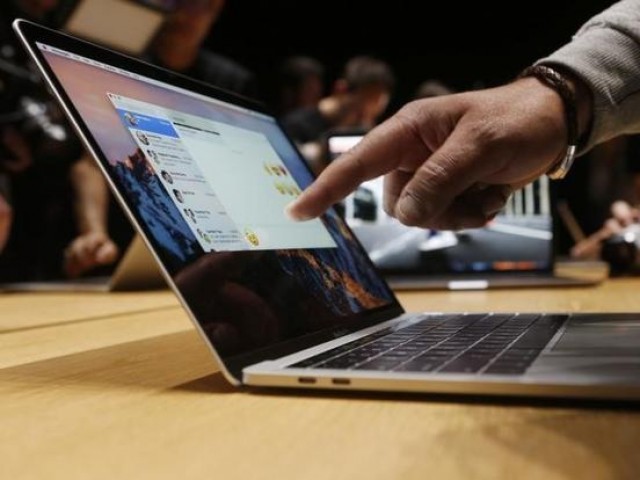 Since the arrival of the coronavirus we have heard the line, “the world will no more be the same”, endless times. This is true as new trends are swiftly taking shape and we will be rapidly approaching a number of tipping points beyond which if the trend is not reversed, we can face problems, even a state of anarchy or tragedies. So it is not enough that we only recognise the problem that we face but it is essential and critical that we do something about it as well. There will be many new and ‘negative irresistible momentums’ that the coronavirus and the fear of its spread will generate. The worst is the total collapse of governance and until everything is not well thought over, the enormity of the problems will overtake our ability to handle them. Therefore, it is important to identify the critical thresholds of all these coronavirus gifted negative irresistible momentums.

To understand the phrase of irresistible momentum one can take the example of global warming in which the polar ice sheets are melting. The more ice sheets melt, less and less sunlight is reflected back from planet Earth to outer space. This means that with every passing day the Earth absorbs more and more heat and the ice melts even faster. Once this process of ice melting crosses a critical threshold it will gather an irresistible momentum and no matter what the world does global warming will become unstoppable.

I don’t want to write on the subject of global warming. My subject today is the closure of our universities till May 31, and the end of our learning season. Not all universities have shut down and those that didn’t started facing the wave of this negative irresistible momentum that I am referring to. There are distinctively two schools of thought — those that support the closure of universities till May 31 and those that are for continuity of the education through e-learning. The universities that have shut down have planned to substitute the summer vacations in the month of June and July with the closure in the months of April and May. If this decision of closing universities is based on the assumption that the world will get rid of this virus in two months than that is not a fair assumption on which a policy decision should be formulated. However, another assumption is that in these two months the universities can dig down, entrench, and regroup and come back better prepared to tackle the subject of e-learning. Maybe that is a good idea, but I am personally a strong advocate of no discontinuity in the process of imparting education to the children. And on-job learning is much better than taking a break, make an effort, assume that you have become a better, smarter and more efficient teacher and come back and teach. Teaching is a very noble profession and those that are not noble today will not be noble and smarter even tomorrow.

So those universities that closed down created this negative irresistible momentum for those students that were undertaking e-learning at the universities that were open. These students saw that the ‘closure of university’ is an option that other universities have exercised and thus without appreciating the core concern of these universities of not stopping the dispensation of education, the students started reacting negatively. The policy makers must appreciate that there is always a student mindset and this mentality is about asking for leverages, putting up excuses, opposing schemes and methods that require greater deliberation and more hard work and the greater dream of circumventing everything and anything as long as the title, grade and the degree is guaranteed and ensured. This student mindset and mentality of the students undertaking e-learning in the so far running universities was triggered and students resorted to methods that teachers never teach them nor advocate.

Despite the enormity of effort, as most teachers will agree that running online courses and classes is more difficult and cumbersome, the students started complaining against the veracity, validity and reliability of the e-learning system. There exists a genuine problem of the students that reside in remote areas and those that could not find access to the internet. But that was not an issue that could not be handled. Students resorting to “boycotting the classes”, writing in mass complaints on the Prime Minister’s complaint portal, reaching out to the HEC with complaints is the negative momentum that their collective behaviour gained. It was irresistible because the students of the closed universities were enjoying leisure time while their universities were asking them to undergo education.

This is a wakeup call for the HEC. In this time of crisis, if policymaking waits then events overtake the issues at hand. Ideally, one or two weeks of freezing of education at all universities should have been announced by the HEC and it should have taken that time to decide which course is better for all universities to take. That way we wouldn’t have two sets of universities dealing in two sets of ways of imparting education under the coronavirus dictated environment.

“Your stand depends upon where you sit.” The unnecessary debate and controversy caused in the academia both for the students and the faculty is because of the procrastination on the part of the HEC.

As a teacher I am more concerned on what we have lost. E-learning is the irresistible force of the future. It has come to stay. Those universities that continued with e-learning made an excellent choice and were also prepared to review their mistakes and course correct. But the negative momentum that the students’ actions gained due to comparison with the universities that were shut down and whose students were enjoying leisure time shackled the efforts of these universities.

This date should be treated as the critical threshold beyond which all universities must engage with a new and determined resolve to educate our children. We owe this to them.