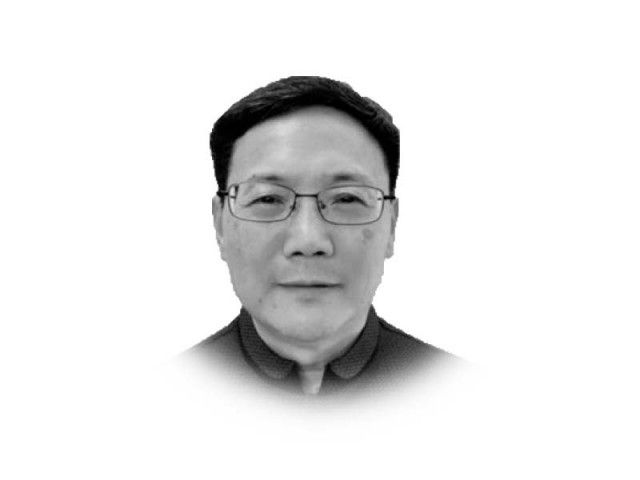 The writer is the Consul General of China in Karachi

On March 15, member states of the South Asian Association for Regional Cooperation (Saarc) held a virtual summit on Covid-19. All heads of state attended the conference, save for Pakistan, which was represented by its Minister of State for Health Dr Zafar Mirza.

The virtual meeting was the first time Saarc leaders had gathered together since the 2014 summit. While the effort by each Saarc member is commendable, that a gathering took this long is an eye-opener. The reason why Saarc has remained dysfunctional is no secret.

What made the Indian government change its position on Saarc and call this videoconference? Is it a tactical or strategical change in New Delhi’s regional cooperation policy? Does it mean Saarc will resume its mandatory function and strive to bring about a period of fast growth? These questions are hard to answer at this time.

Last year, the Indian government took two adventurist steps — abrogating Article 370 of its Constitution to set up two union territories in Kashmir and initiating the National Register of Citizens — that prompted pressure both from within and outside. Against the backdrop, as some experts noted, hosting the Covid-19 videoconference may take some spotlight off these issues and win the country’s government some support.

But even if the virtual summit resuscitates Saarc, it should be noted that the reason why the organisation is stagnant is because of a minus-Pakistan approach.

For the last six years, Saarc has been dysfunctional due to deteriorating Pakistan-India relations. Meanwhile, other member states, under India’s leadership, have been forging new regional blocs like the Bay of Bengal Initiative for Multi-Sectoral Technical and Economic Cooperation or the sub-regional cooperation initiative among India, Nepal, Bhutan and Bangladesh. All these ideas have one thing in common: Pakistan is out.

These initiatives have led to hefty cooperation proposals in almost all fields, but when one member leads all cooperation, issues that only affect its smaller counterparts go unaddressed.

When we look westward, the cost to exclude Pakistan is too high and the results of relevant plans encourage no one. The proposed transportation line via Chabahar has yet to be fully implemented, and even after many years of constant nudging, its returns are quite limited.

Pakistan is a nation of more than 220 million, nearly half of whom are young, hardworking and energetic. It is located strategically and is an indispensible transportation hub that connects east to west and south to north. It is also one of the most important players in the Islamic world, especially in OIC.

As the under-construction CPEC moves forward, it will surely inject more dynamism to Pakistan’s growth and push the country quickly into the list of middle-powered countries.

Thus any regional cooperation mechanism in the sub-continent without Pakistan will be incomplete and unsustainable, against the overall trend of globalisation and multilateralism. The recent US-Taliban peace deal will add more strength to Pakistan.

Over the past two decades, Pakistani people have been making great contributions and sacrifices to ensure peace and stability in this region. The country’s army has rendered tremendous sacrifices in the war on terror. People around the world, particularly in Afghanistan, shall never forget the efforts made by Pakistan’s government and people in order to host a few million Afghan refugees.

There is a saying in China: a neighbour nearby is better than relatives far away. Pakistan and India have been neighbours since 1947. People in the world hope that Pakistan and India may shelve their differences and concentrate on economic and trade cooperation to fulfill the common tasks of improving the livelihood of their peoples. Therefore, the strengthening of the regional cooperation of Saarc on equal footing rather than setting preconditions is the need of the hour. The Covid-19 videoconference is a welcome sign but the job is still only half done.