Provocative drama 'Messiah' cancelled on Netflix after just one season

Provocative drama 'Messiah' cancelled on Netflix after just one season 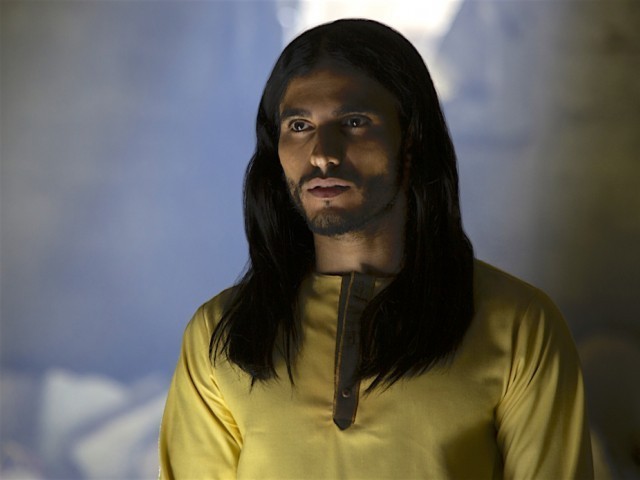 Netflix has opted not to renew provocative drama Messiah for a second season, the series co-star Wil Traval revealed via Instagram recently.

“It’s a very sad day today,” he wrote. “I have just received news from Netflix that there will be no season 2 of Messiah I wanted to say to all the fans thank you for your support and love. I wish things were different.”

Created by Michael Petroni and produced by The Bible‘s Mark Burnett and Roma Downey, Messiah explored the lines among religion, faith and politics, reported Deadline.

It’s a very sad day today. I have just received news from Netflix that there will be no season 2 of #messiah I wanted to say to all the fans thank you for your support and love. We loved our Netflix home. I wish things were different. #noseasontwo #messiahnetflix #cancelled #devestated #netflix #wewillmussyou

When a CIA officer investigates a man — referred to by some as Al-Masih (Mehdi Dehbi) — attracting international attention and followers through acts of public disruption, she embarks on a global, high-stakes mission to uncover whether he is a divine entity or a deceptive con artist.

Messiah, which features a large international cast and is filmed in multiple locations around the world, is the type of production that would be extremely difficult to pull off any time soon as most of the world continues to be gripped by the global coronavirus pandemic.

The series faced some controversy. The Messiah trailer sparked backlash over the name al-Masih, prompting a change.org petition urging a boycott of the series, which did not receive a wide support. Also raising eyebrows in the Middle East was a scene in the series involving shooting on Jerusalem’s sacred Temple Mount.

Then two days before Messiah was to debut on Netflix around the world, The Royal Film Commission of Jordan requested that the drama is not shown in the predominantly Muslim country.

“Messiah is a work of fiction,” a Netflix spokesperson said in a statement to Deadline at the time. “It is not based on any one character, figure or religion. All Netflix shows feature ratings and information to help members make their own decisions about what’s right for them and their families.”

Messiah was partially shot in the Kingdom, and the RFC had reviewed synopses for the series’ episodes before approving the shoot and granting the show tax credit.