Over 400 prisoners transferred from Karachi

Over 400 prisoners transferred from Karachi 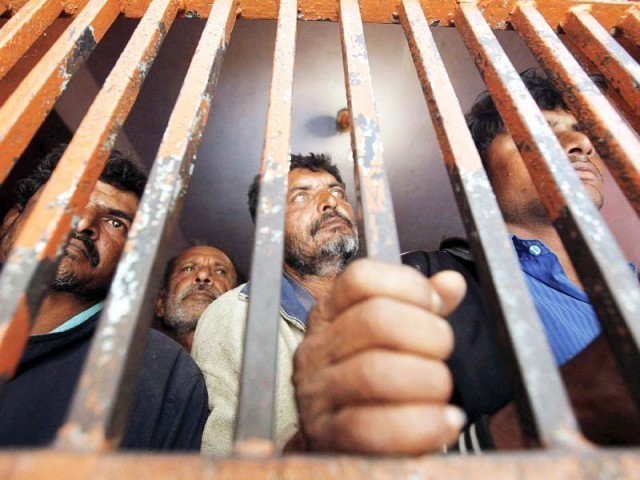 Central Jail Karachi holds over 3,600 inmates, with capacity for only 2,400. PHOTO: REUTERS/FILE

KARACHI: Over 400 inmates were shifted to prisons in other parts of Sindh in order to reduce the population held at Central Jail Karachi on Friday, as prison authorities worried about the possibility of a coronavirus outbreak in the cells.

There are currently over 16,000 prisoners housed in Sindh’s 24 jails – which have an actual capacity of 13,500 inmates. Central Jail Karachi has the highest number of prisoners, holding 3,619 inmates opposed to its capacity of 2,400.

According to jail authorities, the decision to transfer the prisoners was made because the jails in other district of Sindh had fewer inmates than their capacity. It has reportedly been a tradition in the past that when a jail became overcrowded, its inmates were shifted to other prisons.

Furthermore, many of the transferred prisoners were also reportedly moved because of security concerns.

Meanwhile, with the dangers of Sindh’s overcrowded prisons exposed by the pandemic, it appears that at least 1,500 prisoners may be released from jail if the Sindh government proceeds with its plans to give them relief.

On Thursday, the provincial government ordered that the prisons department prepare a list of inmates who may be released, keeping in mind the nature of their crimes, how much of the sentence has been carried out and their conduct in prison, among other factors.

Through this measure, the government plans to reduce the repercussions of a potential outbreak in the province’s jails.

According to documents obtained by The Express Tribune, if the Sindh government were to provide relief to prisoners, at least 1,500 incarcerated individuals would be released.

Under Articles 401, 402, 402A, 402B, 402C and 402D of the Code of Criminal Procedure, the provincial government has the authority to waive or reduce the punishment of any prisoner at any given time.

However, this does not apply to those accused of hostile activities towards the state or involvement in terrorism. Furthermore, if a prisoner serving a death sentence does not meet certain conditions, relief would also not be applicable to them.

Out of the total prisoners in Sindh, 550 face death sentences, around 11,000 are under trial and nearly 500 are foreign citizens. Meanwhile, 148 prisoners are in the juvenile prison, of whom only 12 are convicted while the remaining 136 are under trial.

The Sindh High Court (SHC) sought on Friday a report on the measures being taken to prevent the outbreak of coronavirus in jails across the province.

Roy’s lawyer pointed out that even the Sindh chief minister had taken notice of the dire situation in the prisons, while the SHC chief justice had already ordered the release of 829 prisoners involved in minor offences.

He said that the number of prisoners in Sindh’s jails was so high that if the contagious virus reached them, the consequences would be catastrophic. He argued that full screenings of the prisoners should be done.

Questioning what measures had been taken to prevent the spread of coronavirus in the prisons, the court sought a report from the Sindh government and the Prisons IG at the next hearing, which will take place on April 1.