UFC star called on the Irish govern­ment to go furthe­r in their effort­s to fight the virus
By AFP
Published: March 26, 2020
Tweet Email 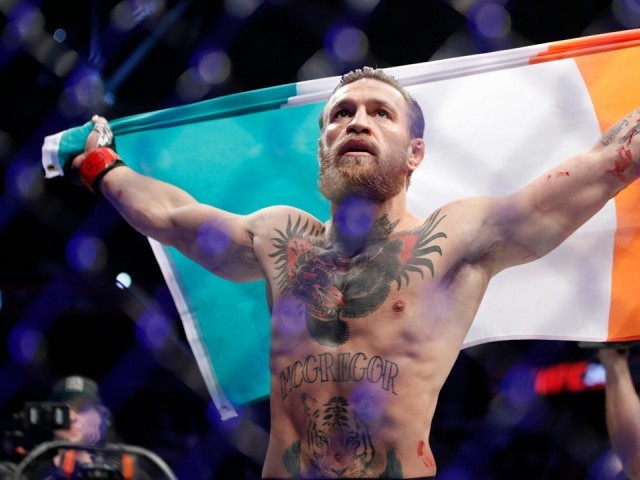 McGregor called on the Irish government to go further in their efforts to fight the virus and implement more stringent lock-down measures. PHOTO: AFP

UFC star Conor McGregor has spent one million euros on protective equipment for hospital staff treating patients with the coronavirus in Ireland.

McGregor sent a message to the Republic of Ireland’s Minister for Finance Paschal Donohoe and revealed the contents on his Twitter page.

Donohoe had written to McGregor asking him to tell his 7.9 million Twitter followers to practise social distancing.

“Today I am purchasing myself, one million euro worth of personal protective equipment to be deployed to all the fighting hospitals in the Leinster region. Our most affected region, to this date,” McGregor said.

“St James’s, Mater, Tallaght, Beaumont, Vincent’s (hospitals). Where we would be without these brave men and women, I do not know. May God bless over them and keep them safe!”

McGregor called on the Irish government to go further in their efforts to fight the virus and implement more stringent lock-down measures.

“I feel like we are moving in the right way, it just feels to me like it is not all the way,” he said.

“I urge all the way! ‘All in’ is the term we must use here. Bit by bit will cost us lives.

“To see what is happening here in Ireland and all across the globe is heartbreaking to me. I pray.

“God speed Minister and thank you for the message, and your service to our nation.”

Kane ‘will be off’ if Spurs don’t win trophies, warns Shearer