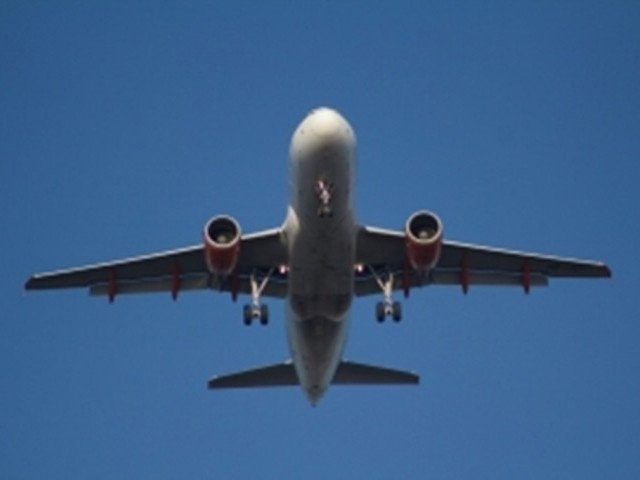 RAWALPINDI / ISLAMABAD: As many as 332 passengers departed for Qatar on Wednesday through a special flight of a private airline amid the suspension of flight operations in Pakistan.

The passengers boarded the Qatar Airlines plane after being thoroughly screened, sources said, adding that the crew was restricted to the aircraft at the New Islamabad International Airport.

It is pertinent to mention that the government has suspended commercial flights operations in view of the coronavirus pandemic. However, special flights are being allowed to operate to fly passengers stranded in the country and abroad.

Sources added that SOPs were followed for the screening of passengers.

“The airlines, which want to fly passengers from Pakistan, can operate after getting special permission for bringing ‘free flights [without passengers]’,” Civil Aviation

However, other airlines have suspended their flight operations, he said, adding:

“Only Qatar Airlines has restored its operation for which de-fumigation of aircraft is an essential prerequisite as per guidelines mentioned in the SOPs.”

Under the rules, the crew is not allowed to disembark from the aircraft and the plane could only fly to carry passengers and load luggage.

On complaints regarding extra fees being charged by the airlines, the CAA spokesperson said: “We have received such complaints. But it should be kept in mind that those airlines are coming here without passengers.”

Elaborating the flight schedule, the spokesperson said that the national flag carrier will operate three flights from Islamabad and one from Lahore for the United Kingdom and Canada respectively.

On March 27, flight no. 781 will fly from Lahore for Toronto, Canada. On 28th, PK709 will fly for Manchester from Islamabad, 757 for London and for Birmingham flight 9791 will operate

Abdul Hafeez, the PIA spokesperson, said: “All flights will be operated one way that will return without passengers.” Bookings for the flights have been started and tickets are being sold on a first come, first served basis. Intending travellers are advised to contact the PIA office or agents for buying tickets.

The government on Wednesday decided to permit domestic flight operation to/from the Islamabad International Airport (IIAP) for Gilgit and Skardu airports only with effect from Thursday (today) at 0600 hours.

However, the suspension of all domestic flight operation to, from all other airports would remain effective, said a press release issued here. “This NOTAM will remain effective till April, 2 at 0600 hours,” it added.