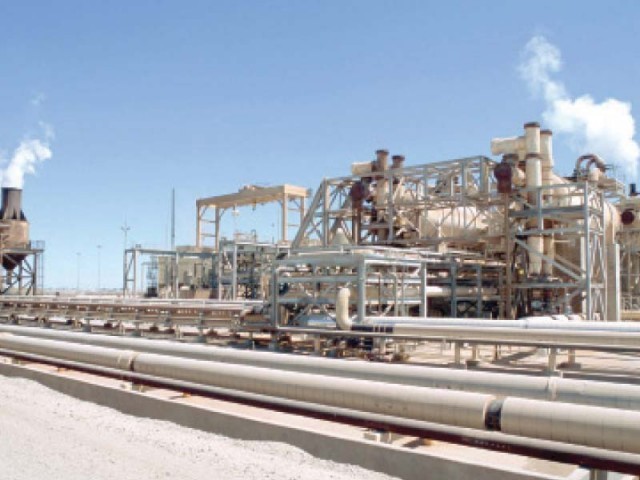 Officials stressed that there was no room for reducing the rate of return and the only option for the government was to set a benchmark to force gas utilities to reduce the UFG level. PHOTO: FILE

ISLAMABAD: Prime Minister Imran Khan will hold a meeting on Wednesday to consider a proposal for reduction in the rate of return on assets and the unaccounted-for-gas (UFG) ceiling for public gas utilities in a bid to push down tariffs for consumers, officials say.

The Petroleum Division had announced earlier that it had initiated consultation with stakeholders in order to reduce the return on assets and UFG level of gas utilities.

Before the huddle with PM Imran, the board of directors of Sui Northern Gas Pipelines Limited (SNGPL) will sit to review the gas pricing formula. Earlier, the board chairman had called a meeting in Islamabad but postponed it later with the decision to hold the meeting through video link.

At present, the Oil and Gas Regulatory Authority (Ogra) allows gas companies 6.3% UFG ceiling and 17.34% return on assets. However, the actual UFG level stands at 13% due to theft and system inefficiency.

Honest consumers bear the cost of 6.3% UFG whereas the remaining is borne by the gas utilities themselves. If the government slashes the UFG limit by one percentage point, the companies will be facing a hit of Rs4 billion on their earnings.

As the gas companies receive a fixed return on assets, any expansion in their pipeline network will lead to a higher return with an increase in consumer tariff. “And if the return is slashed, the consumer tariff will also go down,” an official said.

This way, according to officials, earnings of the gas companies will get hurt and they may turn into sick units like Pakistan Steel Mills.

They pointed out that in the tariff of gas companies, 85% of the cost pertained to the wellhead gas price determined by Ogra for the exploration and production companies.

They stressed that there was no room for reducing the rate of return and the only option for the government was to set a benchmark to force the gas utilities to reduce the UFG level.

The other challenge was the expansion of pipeline network on political grounds, which was causing gas shortage and leading to higher tariffs, officials said, emphasising that the government should immediately place a ban on politically motivated new gas supply projects.

Officials suggested that the government should take measures to shelve expansion plans for the pipeline network and encourage the use of liquefied petroleum gas (LPG) by domestic consumers at subsidised rates.

In winter, the country faces acute shortage of natural gas and to bridge the gap the government injects expensive liquefied natural gas (LNG) costing Rs1,700 per unit into the system to meet demand of domestic consumers. Locally produced natural gas is priced only Rs350 per million British thermal units (mmbtu).

However, the government is in an uncertain situation and does not know how to recover billions of rupees from the domestic consumers who received the expensive LNG.