He was report­edly suffer­ing from a number of illnes­ses
By Entertainment Desk
Published: March 6, 2020
Tweet Email 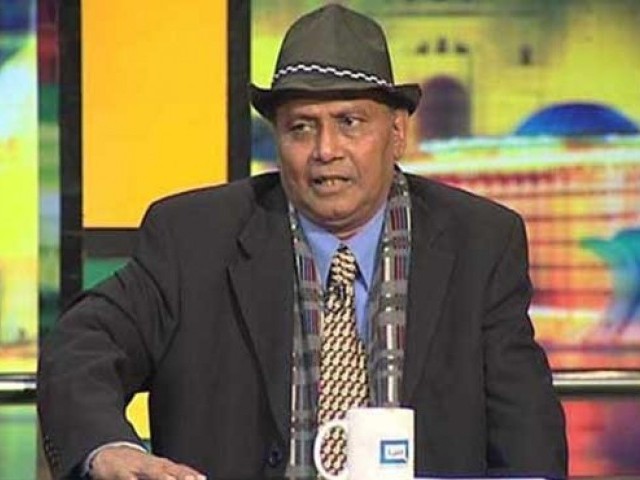 Popular comedian Amanullah has passed away. The actor left for his heavenly abode this Friday, at the age of 70 in Bahria Town Hospital Lahore.

Amanullah was reportedly suffering from a number of illnesses, including kidney and liver failure which has been reported as the cause of death. He had also suffered a cardiac arrest last year, and was admitted to the Intensive Care Unit in January owing to severe pneumonia.

The television legend was admitted to the Bahria Town Hospital last month and later shifted back to his home under supervision after his condition improved, however his health later deteriorated. According to sources, he was on ventilator for the past five days, but his condition failed to get better.

After his hospitalization last month, rumours of his death had started doing the rounds but were subsequently rubbished by his family members. After a long battle with his failing health, his death was announced by doctors on Friday morning, and confirmed by his son, Adnan Tipu. Details of his funeral have been kept private.

A renowned name in the entertainment industry, Amanullah worked tirelessly for decades to bring his personal brand of wholesome comedy to television. He was a part of a number of successful shows, both on television and on stage, including the wildly popular Mazaaq Raat and Khabarnaak. Some of his most popular stage performances include Begum Dish Antenna, Disco Deewane and Shartiya Mithe.

His contributions to the industry were rewarded with a Pride of Performance Award by the Government of Pakistan, and he is also credited with holding the record of performing in 860 theatre plays through his long drawn out career. He has also performed outside Pakistan, notably at the Great Indian Laughter Challenge, and has been tutor to a number of art students who credit their acting chops to him.

A number of celebrities extended their condolences to his family, with tributes and posts dedicated to him pouring in on social media.

Actor and director Sarmad Khoosat took to Twitter to express his sadness upon hearing the news. “He wasn’t just an artist par excellence; he was an intellectual in the truest sense. A man with a witty and a beautiful mind. We will miss you,” he wrote.

I hope the stars and all the moons are chasing you Sir Amaanullah and you are making them laugh hysterically with your genius humour. He wasn’t just an artist par excellence, he was an intellectual in the truest sense. A man with a witty and a beautiful mind. We will miss you :(

Humayun Saeed also chimed in saying, “Amanullah sahib was a legend and the undisputed king of comedy. May his soul rest in peace.”

Amanullah sahab was a legend and the undisputed king of comedy. May Allah grant him a place in jannat. May his soul rest in peace. pic.twitter.com/f3SNeP2OTT

Singer Hadiqa Kiani also asked for prayers for the departed soul, tweeting, “Keep the comedic legend in your prayers.”

Activist Muniba Mazari shared a quote that the legend had shared with her, promising to make her laugh through her problems. “Whenever you feel sad, just give me a call and I’ll make you laugh!” she quoted him.

“Beta, whenever you feel sad, just give me a call and I’ll make you laugh!”

Cricketer Shoaib Akhtar also took to social media to share the sad news. “He was an industry in himself leaving a legacy behind. What an irreplaceable loss,” he wrote.

One of the legends of theater & TV Amanullah Khan has passed away. He was an industry in himself leaving a legacy behind. What an irreplaceable loss. May Allah bless his soul and may he rests in peace.
Indian fans also must have his memories from Laughter Challenge. pic.twitter.com/LmWh4n3FE7

His death has dealt a huge blow to the theatre community in Lahore, and according to Senior Stage Producer Qaiser Javed, “Today, no stage play will be held in Lahore due to Amanullah’s passing.” Prime Minister Imran Khan also expressed his grief at the deeply saddening news.