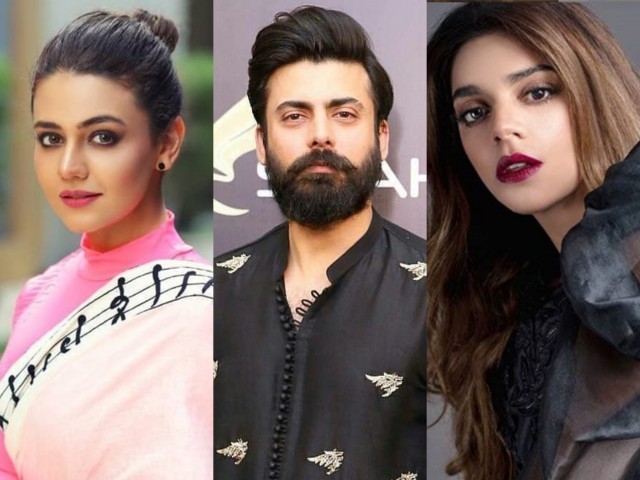 News has just broken that Fawad Khan, Zara Noor Abbas and Sanam Saeed will star in an upcoming film.

Hamdan Films announced the trio will feature in upcoming blockbuster Aan, which, according to the post, will release sometime this year.

Aan will be the first time Zara will act alongside Fawad. Last year, Zara had a busy year featuring in romantic comedies such as Parey Hut Love and Chhalawa. Meanwhile, Fawad’s much-awaited The Legend of Maula Jatt has been finally cleared for a release this Eid. 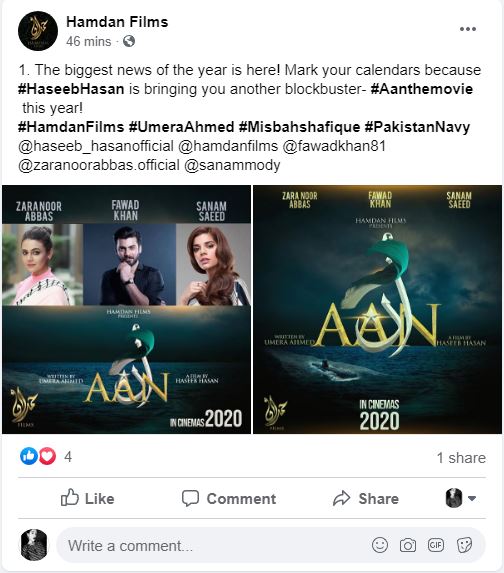 Sanam starred in the critically-acclaimed Cake, which even made it to streaming giant Netflix in May last year. This will be her first feature film since acting as Aamina Sheikh’s free-spirited sister Zara.

The Aan film poster is currently making rounds on social media. Written by Umera Ahmed and directed by well-known producer Hasseb Hassan, the film is sure to get fans eagerly awaiting its release.

Hasseb took to Twitter a few days ago, teasing fans to ‘wait a little longer’ before addressing the rumours circulating the upcoming blockbuster.

“We see your excitement for our upcoming film, we are following all the rumours floating around and we want you to just wait a little while longer,” he mused.

“Stay tuned to learn more details of our feature film, I will give you the details myself.”

Now that we know the name of the film and who will be starring in the blockbuster, we are sure fans are eager to learn more about the storyline!