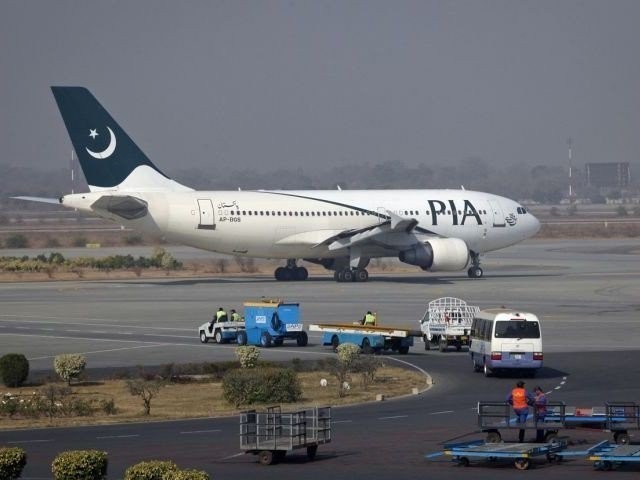 ISLAMABAD: The relocation process of the Pakistan International Airlines (PIA) Head Office to Islamabad is in full swing while its framework plan has been sent to Prime Minister Imran Khan for final approval.

According to the Aviation Division sources, the PIA Head Office is being shifted to Benazir Bhutto International Airport’s terminal building, while its car parking area would be brought into commercial use by the Civil Aviation Authority (CAA).
The sources said each detail of relocating the head office from Karachi to Islamabad has been finalised.
They lauded the role of CEO Air Marshal Arshad Malik in shifting of the PIA Head Office from Karachi to Islamabad, saying that he held several meetings with the vice chief of air staff for the purpose after which the Aviation Division and the air force agreed in principle to the relocation.
According to the Aviation Division, the PIA has shifted its Marketing Department, Procedure Bureau, Central Reservation Control, Revenue Management, HR and Security and Vigilance Department to Islamabad, while its finance, engineering and situation room are present in Karachi.

Talking to media persons at the conference room of Aviation Division on Tuesday, Minister for Aviation Ghulam Sarwar Khan said three more planes would be added to the PIA fleet after completion of codal formalities.

“Of the total 31 PIA planes, four were grounded when the Pakistan Tehreek-e-Insaf came to power.”

The minister said two had been repaired indigenously at a cost of $3 million, a new plane had been inducted to the PIA fleet and another would be added by the end of the current month.

“Segregation of the CAA is in process under which two commercial and regulatory authorities would hopefully be set up by March 31 to improve efficiency of the Aviation Division.

“Earlier, our target was to separate these functions by December 31 [2019], but due to certain reasons it was delayed. Now, hopefully will we complete that process by March 31,” he said.

Like the CAA, he said, there would be two authorities “commercial and regulatory”, headed by their respective director generals.

“The authorities will have their independent boards, which will work under the Aviation Division.”

He made it clear that the rights of employees would be protected, saying there would be no downsizing or rightsizing. “So no need to worry, if someone has any concerns about it.”

The minister said implementation had started on the Aviation Policy 2019 for bringing improvement in PIA’s efficiency.

He said the financial condition of the PIA was improving gradually as revenue earning witnessed increase and running expenditures went down considerably.

The minister said the number of international passengers was increasing at the PIA flights, but the domestic sector was stagnant.

Due to effective policies introduced by the government, he said, a number of international airlines were aspiring to start flight operations with Pakistan.

He said the Hajj 2019 flight operations were successfully completed by the PIA as per the quota given to airlift the Pakistani pilgrims from and to Saudi Arabia, without hiring any chartered flight or wet-lease plane.

He said a number of projects were being undertaken for expansion and upgradation of several airports of the country aimed at extending maximum facilities to passengers.

Sarwar said the Aviation Division was extending all-out assistance to the health ministry for adopting preventive measures at airports in the wake of the novel coronavirus.

He said five new thermal scanners had been installed at major airports of the country, which would automatically detect body temperature of the passengers. “Each thermal scanner costs around $50,000 … more such scanners will be arriving soon.”

After installation of the scanners, he said, there would be no need for using thermal guns manually. “These all arrangements are of Ministry of Health. We are just facilitating them.”