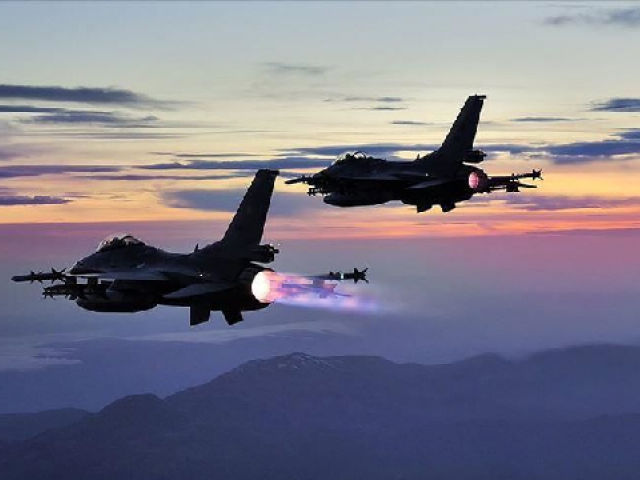 ISTANBUL: Turkey shot down a Syrian government warplane on Tuesday over northwest Syria, where fighting has intensified in recent weeks as Turkish forces have intervened in the battle over the last remaining area under rebel control.

It was the third Syrian warplane Turkey has shot down since Sunday in an escalating campaign against President Bashar al-Assad’s forces that threatens to bring NATO-member Turkey into direct confrontation with Assad’s superpower ally Russia.

With more than a million refugees amassing since December on the Turkish border, the battle for Idlib has brought what the United Nations fears might be the worst humanitarian crisis of the nine-year-old Syrian civil war.

Turkish-backed rebels have fought back and forth in recent weeks against government forces backed by Russia and Iran for control of the strategic crossroads town of Saraqeb. The town controls access both to Syria’s biggest city Aleppo, held by the government, and to Idlib, the last major rebel-held city.

Last week, a Syrian air strike killed at least 34 Turkish soldiers in the deadliest attack on the Turkish army in decades. Moscow, which has anti-aircraft missiles in Syria, has since warned Turkey that it cannot guarantee the safety of Turkish planes in Syrian skies.

The Turkish Defence Ministry said on Tuesday that its forces had shot down a Syrian L-39 ground attack jet. Syria’s state-run SANA news agency confirmed the plane had been shot down over Idlib province by missiles fired from Turkish warplanes.

Turkish President Tayyip Erdogan and Russia’s Vladimir Putin are due to meet on Thursday to try to find ways to avert conflict.

Asked about the prospect of direct clashes with Turkey, Kremlin spokesperson Dmitry Peskov told reporters: “We hope that we’re able to absolutely minimise this risk thanks to the close contact between the two countries’ militaries.”

Turkey, already home to 3.6 million Syrian refugees, says it cannot take any more. It wants to push Assad’s forces back to lines agreed in a 2017 deal brokered with Russia and Iran, which left a buffer zone in northern Syria near its border.

Since last week, Turkey has thrown open its frontiers with Greece and Bulgaria to allow migrants to enter the EU, a move apparently aimed at putting pressure on European countries to back it in Syria.

Some 10,000 migrants have tried to cross into Greece by land in recent days and more than 1,000 have arrived by sea at Greek islands, creating fears of a repeat of the 2015-2016 migration crisis, when more than 1 million people crossed into Greece and 4,000 drowned in the Aegean.