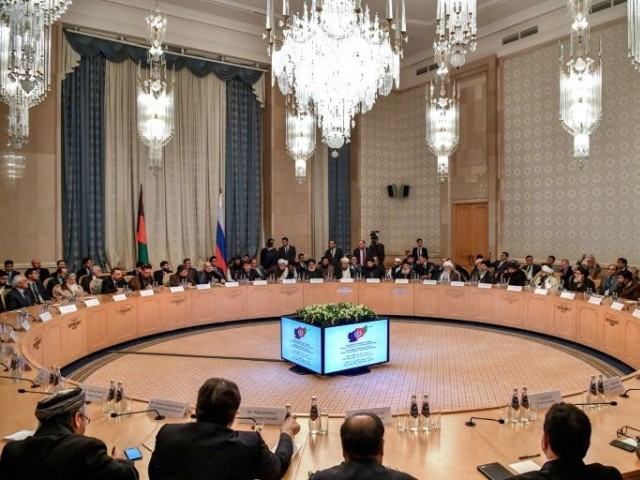 KARACHI: The second phase of Afghan peace process, intra-Afghan dialogue, is likely to begin in March after the signing of imminent peace deal between US and Afghan Taliban in Qatar on Saturday (today), The Express Tribune has learnt.

Under the intra-Afghan dialogue the government of Ashraf Ghani, the Taliban and other factions will hold negotiations which could pave the way for sustainable peace in the war-torn country.

According to sources, the venue of intra-Afghan talks would be decided with the consultation of all stakeholders and dialogue is likely to be held in Kabul.

The ‘Afghan Peace Conference’ will also be organised involving all stakeholders to further boost the dialogue process, the sources added.

Formation of the Afghan government and power-sharing formula among the stakeholders will be the top agenda of the intra-Afghan talks and agreement is also expected to be signed between all parties.

The talks will also focus on issues including establishment of permanent peace, development of war-raged country and to provide relief to the masses who have been suffering under the relentless conflict.

Pakistan has played a key role in brokering the deal between the US and the Afghan Taliban since it not only facilitated the talks but also persuaded the Taliban to show flexibility on the issue of reduction of violence as well as intra-Afghan dialogue.

Ahead of the signing session, FM Qureshi told audience at a Pakistani Embassy in Doha that the US-Taliban deal in a vindication of Islamabad’s stance that there is no solution to end the war in Afghanistan except through reconciliation.

The US-Taliban agreement, if inked on Saturday, would begin a phased withdrawal of American and coalition forces and would also require the Taliban to initiate a formal dialogue with the Afghan government and other political and civil society groups on a permanent nationwide ceasefire and power-sharing in post-war Afghanistan.

The Taliban now hold sway over half the country, and are at their most powerful since the US invasion in 2001.