Twitte­r is callin­g out the 'Baaris­h' singer albeit the track was compos­ed by Azaan Sami Khan
By Asfa Sultan
Published: February 27, 2020
Tweet Email 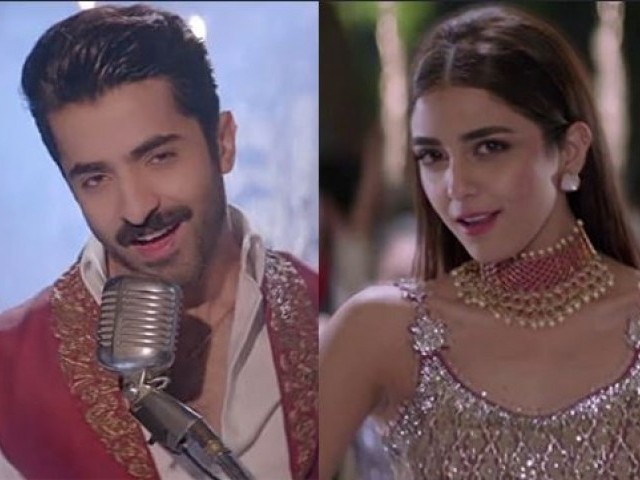 KARACHI  : Last year’s romantic comedy, Parey Hut Love (PHL) had everyone head over heels with its aesthetic appeal and wedding tracks. Regardless of whether the storyline was up to the mark or not, people danced to its songs at weddings while replicating the set design.

However, recent Twitter threads are questioning if the song Haye Dil is actually a ‘copy’ of a Spanish track Sofia by Alvaro Soler.

It all started when this Twitter user shared her disdain, “Haye Dil by Jimmy Khan is such a catchy song and I was wowed that Pakistanis came up with it. Until a friend showed me the Spanish song they copied the tune of. Great.”

Haye Dil by Jimmy Khan is such a catchy song and I was wowed that pakistanis came up with it…. Until a friend showed me the Spanish song they copied the tune off of. Great.

However, what many missed out is the fact that the music of the track was composed by Azaan Sami Khan with the lyrics being penned by Asim Raza. But Azaan has not responded to the query as of yet.

Nevertheless, PHL’s producer Sheheryar Munawar, who is also the face of the video of Haey Dil, discussed the situation with The Express Tribune. He said, “The song may have been inspired from something but it’s not a copy. A ‘copy’ is a very harsh word and just because two things sound alike, doesn’t make them the same.” He added, “No one holds the right to outright accuse someone of anything like that.”

Jimmy also commented on the matter, “I don’t know if the melody or composition was copied since I just sang the song and had nothing to do with its production. Some inspirations may have been taken but I can’t call it plagiarised.”

The Baarish singer sounded as stunned as everyone else on Twitter, while people continued to respond to the user who pointed out the similarity, which was quite uncanny.

Even though the melody and composition of both the tracks hold resemblance, the song still appears to have an identity of its own. But since the chorus seems to have been sung exactly like the Spanish track’s ‘Sofia,’ fans have deemed it ‘a rip off.’

“Just another Pakistani artist engaged in plagiarism,” said one user, while another said that most of the songs being made nowadays are remakes of those made in the 60’s. He also managed to attach a link to justify his claim.

Yeah but tbh every other song these days copies off their tunes from olden songs, some dating back to to 30's or the 60's. Nothing new in the music industry, they keep on recycling this stuff. Case in point: https://t.co/1YCb5Upu9T

Others were simply sad and disappointed, claiming that their ‘life is ruined’.”For once I thought a catchy song would be an authentic piece,” said another user.

The Express Tribune tried to reach out to Azaan Sami Khan but he did not respond till the filing of this report.