They will also be allowe­d to perfor­m Umrah but not Hajj
By News Desk
Published: February 24, 2020
Tweet Email 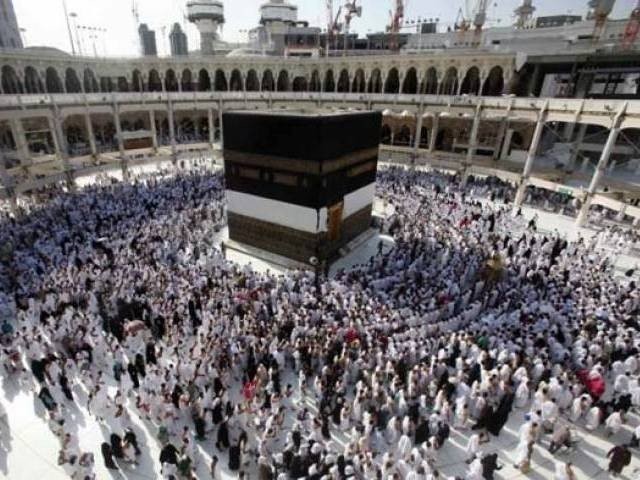 Pakistan welcomes the decision, says it has exemplified the strength of bilateral ties between the two countries. PHOTO: REUTERS/FILE

Saudi Arabia has introduced visa on-arrival for Pakistanis as well as other nationals who hold valid UK, US or Schengen visas on their passports.

The visitors will also be allowed to perform Umrah but not Hajj under the newly-introduced facility.

Applicants can also acquire multiple entry visit visa on arrival at any international airport in Saudi Arabia by paying a fee amounting to SR440 (approximately Rs18,040) through their credit cards as cash transactions are not accepted, Gulf News reported on Monday.

Pakistan welcomed the decision by referring it as a move that has exemplified the strength of bilateral ties between the two countries.

“We welcome this initiative by the Saudi government to grant visit visas on arrival to Pakistanis on which they can also perform Umrah,”  Ministry of Religious Affairs spokesperson Imran Siddiqui told Arab News.

With allowance to stay for 90 days at a stretch, the visitors can enter the Kingdom of Saudi Arabia multiple (KSA) times during the validity period of their visit visa.

One of the pre-conditions to get visit visa on arrival is that visitors will have to travel on one of the Saudi-based airlines including Saudi Airlines, Flynas or Flydeal. This is mandatory only for first time visitors. However, travellers who already hold Saudi visit visa can use any other airline.

According to a reservation agent at the Saudi Airlines in Dubai , the new visa service started last month.