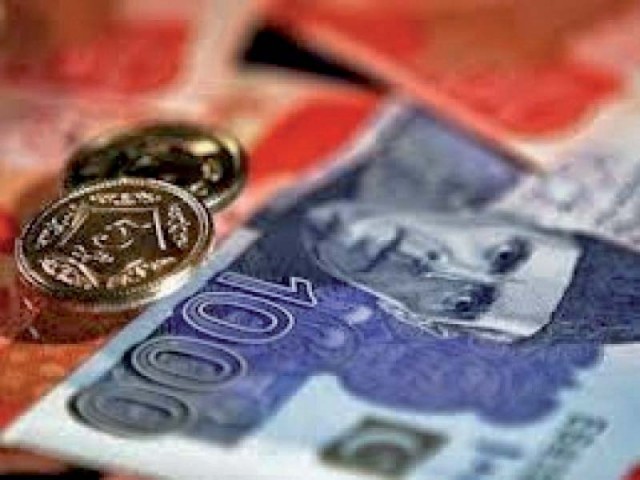 The pace of external debt accumulation had been slower in first half compared to previous years due to Rs550b revaluation gains. PHOTO: FILE

ISLAMABAD: Pakistan’s economy has stabilised in the first half of current fiscal year but there will be strong headwinds in the remaining period that may erode some of the fiscal gains, the finance ministry informed the federal cabinet on Thursday.

The cabinet was briefed that the Federal Board of Revenue’s (FBR) twice downward-revised tax collection target and the overall budget deficit target for the current fiscal year 2019-20 would be missed.

In his presentation, Finance Secretary Naveed Kamran Baloch briefed the cabinet about the achievements during July-December of the current fiscal year and the challenges in the second half of the year.

A steep shortfall in tax revenues, exchange rate volatility and less provincial cash surpluses may affect the macroeconomic indicators, according to the briefing. It was the first-ever mid-year budget review report that the finance ministry presented to the federal cabinet under the Public Finance Management Act of 2019. The law has been enforced to improve the handling of public finances, which also provides an opportunity for the federal cabinet to review the budget numbers.

Prime Minister Imran Khan has directed the finance ministry to closely monitor the performance of the FBR that remains the weakest link in the implementation of the economic stabilisation programme, according to sources. Due to an anticipated revenue shortfall of nearly Rs1 trillion against the original target, the prime minister has ordered to take emergency actions to improve the situation at the FBR.

The finance secretary said that in case of business as usual, the FBR cannot collect more than Rs4.5 trillion in this fiscal year, said the sources. In case the FBR doubles its efforts, the collection may hit Rs4.8 trillion, which will still be nearly Rs450 billion less than the downward revised target.

Despite serious challenges faced by the government, PM Imran has not yet announced a replacement of FBR Chairman Shabbar Zaidi who has not attended office for the past three weeks.

The government had set Rs5.5 trillion tax collection target for the FBR at the time of the budget, which the IMF has already agreed to cut to Rs5.238 trillion. But the fund is not willing to further reduce the target, until the government takes some corrective measures in shape of additional taxes. The cabinet was told that the revenue remained short of the target due to compression in imports, less consumption of petroleum products, decline in automobile sector, less growth in airline sector, overall economic slowdown and very challenging and unprecedented revenue targets.

The government remained committed to put the fiscal situation on the right path and the favourable mid-year indicators were the reflection of this intent and commitment, according to the briefing.

“However, it is essential to be stated that the second half of the current fiscal year imposes certain challenges and risks. These include imposing revenue target, fiscal and debt sustainability, expenditure discipline and development spending.”

Pakistan’s economy moved progressively along the stabilisation and adjustment path. The consolidation efforts on the fiscal front were visible, both on the revenue and expenditure sides, showed the briefing.

The cabinet was informed that the FBR has pursued improvement in documentation efforts, including assets revaluations, tight financial scrutiny and introduction of structured mechanisms to formalise business value chains.  “The success of documentation measures hinges upon the policy consistency and would manifest in revenue mobilisation over the medium-term.”

While briefing about the outcomes of the first half, the secretary informed the cabinet that total expenditures during the first half of the fiscal year 2019-20 remained within the budgeted estimates. The current spending on running of the civil government was curtailed by rationalisation and austerity measures.

The government also adhered to a commitment of no borrowing from the State Bank of Pakistan. The maturity of the structure of the additional domestic debt has been equally balanced between short-term and long-term securities and the overall share of short-term debt has reduced substantially.  The pace of external debt accumulation has been slower during mid-year as compared to previous years due to Rs550 billion revaluation gains.

A strong growth in revenue collection and containment of current expenditures have helped restrict the budget deficit to 2.3% of GDP or Rs995 billion in the first half of this fiscal as compared to 2.7% of GDP in the same period of the last fiscal year.

Against the annual budget of Rs7.022 trillion, the spending till December remained at Rs3 trillion or 42.5% of the budget.

But going forward, this trend may not continue due to slippages on the FBR’s front. The cabinet was informed that in case of exchange rate volatility, the public debt that at this point in time is expected to reduce to 83% of GDP may remain slightly higher.

Due to downward revision in the provincial budget surpluses from Rs423 billion to Rs278 billion, the overall fiscal deficit may remain at 7.5% of GDP as against the target of 7.1%, the cabinet was told.