The UN Secretary General Antonio Guterres on Tuesday visited Gurdwara Darabar Sahib in Punjab’s Narowal district and hailed the opening of Kartarpur Corridor for Sikh community saying “it is a practical example of Pakistan’s desire for peace and inter-faith harmony”. 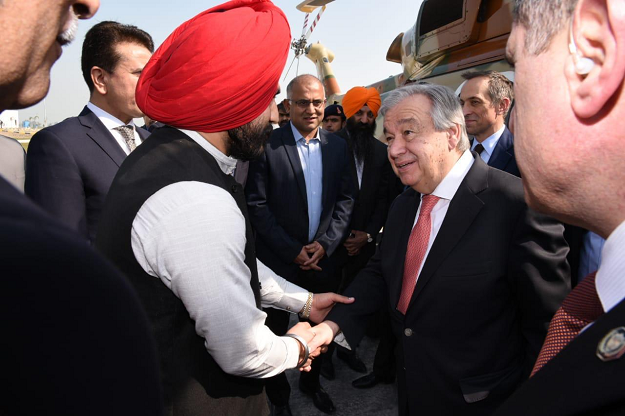 Upon his arrival, Guterres was welcomed by a delegation led by Minister of Religious Affairs Noorul Haq Qadri and briefed on the steps taken by the government to facilitate the Sikh community, reported Radio Pakistan.

He was also given a presentation by the officials about the history of the religious site. After paying respects, the UN official toured the sprawling holy site.

He was told that purpose of opening of Kartarpur Corridor is to provide an easy access to Sikh Community across the border, calling it a substantial step that the country has taken for the promotion of interfaith harmony.

UN chief also visited various sections of Kartarpur Complex and expressed satisfaction over the facilities being provided to the Sikh pilgrims. “Opening of Corridor is a good step and it will promote tolerance and interfaith harmony,” he added.

Later, taking to his official Twitter handle, Guterres said he was honoured to visit the Karatrpur Corridor describing it as “a corridor of hope, connecting two key Sikh pilgrimage sites”.

“This is a welcome symbol of interfaith harmony,” he added.

This is a welcome symbol of interfaith harmony. pic.twitter.com/zqQa1Prnv3

Youth must play a key role in shaping the world: Antonio Guterress

Earlier in the day, he spoke at a dialogue in Lahore University of Management Sciences (LUMS). Guterres said the youth must play a key role in shaping the world and regulating mechanisms so it doesn’t become a problem for the society. He added that he believes in a world where men and women are perfectly equal.

“We still live in a male-dominated world with male-dominated culture and we still have enormous difficulties with women to be able to play the role that they must play for our world to be fairer and more compassionate and more able to avoid permanent cycles of conflict we live,” UNSG said. 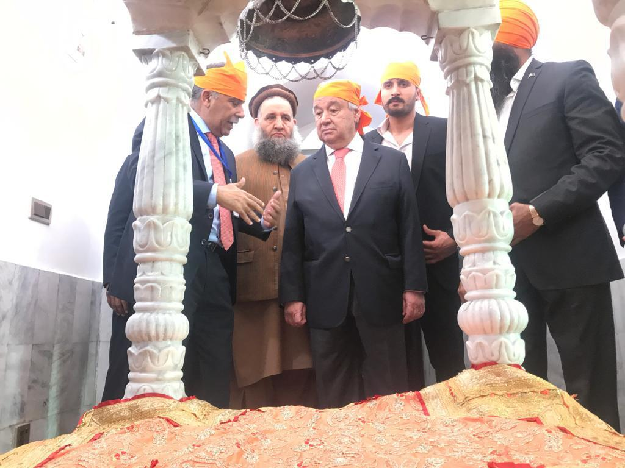 He underscored that conflict arises mostly because of the aggressiveness of the male-dominated societies but we must strive for the world where there is gender parity.

The UNSG further said that we have to make sure that we have the full use of the enormous potential that various technologies have to offer.

Guterres stressed that technology will be a massive creator for jobs and will simultaneously be the reason for unemployment.

“However, it will not be the same as they [companies] would need different capacity and different skills.  For which education must be an absolute priority,” he said stressing upon the need for education.

The UN chief said we will also have to take decision in the context of climate changes as the increasing pollution is the biggest issue. He also emphasized on dialogue between institutions.