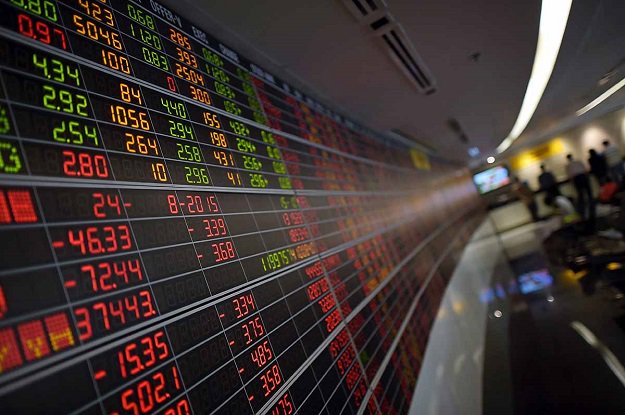 KARACHI: The stock market experienced a lacklustre trading session on Monday as the benchmark index oscillated between red and green zones and ended the day marginally positive.

The KSE-100 index opened downwards but soon entered the green zone and gained 278 points in early hours. However, the topsy-turvy session had dull activity and trading volumes hit a five-month low as market players awaited the outcome of the Financial Action Task Force’s (FATF) plenary meeting.

The volatility in the index was primarily caused by the neutral opinion of the International Monetary Fund (IMF) at the conclusion of a staff-level programme review and the FATF meeting that was set to begin in Paris on Monday.

Sectors that witnessed most of the buying included exploration and production, fertiliser, cement, oil marketing companies and banking.

Arif Habib Limited, in its report, stated that the market witnessed a dull activity, barely trading 100 million shares, even lower than the 118 million shares traded on Friday.

“The banking sector faced selling pressure as news related to HBL’s New York branch caused panic amongst investors, however, HBL recovered significantly post-clarification by the management on the issue.”

It added, “The stock, which has financial results due on February 19, traded near its upper circuit.”

The vanaspati sector came on top among volume leaders with trading in 16.1 million shares, followed by cement companies (15.4 million) and banks (12 million).

Engro Fertilisers (-1%) in the fertiliser sector announced consolidated earnings per share (EPS) of Rs12.34 versus Rs13.04 last year with cash payout of Rs2 per share.

“Going forward, we expect the market to trade sideways in the short term. Moreover, the FATF review may keep the market on the weaker side,” the analyst said.

Overall, trading volumes declined to 99.97 million shares compared with Friday’s tally of 117.6 million. The value of shares traded during the day was Rs4.4 billion.

Shares of 327 companies were traded. At the end of the day, 134 stocks closed higher, 169 declined and 24 remained unchanged.

Foreign institutional investors were net sellers of Rs203.35 million worth of shares during the trading session, according to data compiled by the National Clearing Company of Pakistan.