The more impove­rished Pakist­anis are not even part of the transf­ormati­on
By Tech Desk
Published: February 17, 2020
Tweet Email 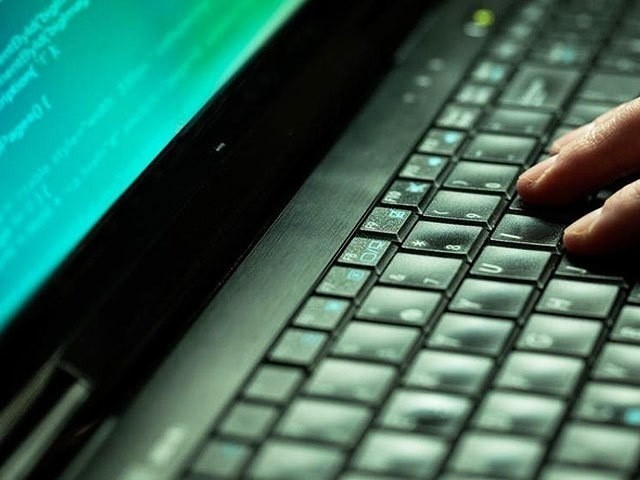 Like all well-intentioned policy initiatives that end up in political slogans, many fail the test of time. #DigitalPakistan should not be one of them. Led by the interest of the Prime Minister’s office, championed by Tania Aidrus, there is hope that things will be different and that the plan to turn the economy around will be rewarding. Pakistan plods at glacial speed when it comes to meeting its regional averages on ICT readiness, on the digital divide, and internet penetration.

Over 90 million Pakistanis own phones that cannot access the internet – this is like giving famished children from war-torn Africa cardboard to chew. The policy framework for the longest time in Pakistan has been protective of the cutting-edge technology of 20 years ago. In this year’s budget, we do see a positive step in reducing the tax on smartphones.

Although a data-driven economy has caught us at breakneck speed, the problem remains that the distribution of its benefits is highly uneven – Pakistan is behind. The more impoverished Pakistanis are not even part of the transformation.

The lead regulating body in Pakistan for the telecom and communicative industry, Pakistan Telecommunication Authority (PTA), is mandated to leapfrog Pakistan while representing the people and the companies’ best interests within regulatory frameworks. Interestingly, the recent press release by PTA claims that there was a significant increase in mobile devices imports in 2019 with a self-congratulatory pat on the back for the DIRBS initiative – an added layer of user registration and scrutiny. The analysis is taking absolute numbers only, while not analyzing what those numbers really mean. The critical study remains – has the needle on the quality of life for ordinary Pakistanis moved at all?

Let us consider these numbers in detail. PTA claims that 28.02 million mobile devices, including 16.82 million complete units and 11.74 million locally assembled devices, were imported. The body also claims that in 2018 this number had been 17.26 million, with full devices and locally assembled devices at 12.06 million and 5.2 million, respectively.  Yes, in absolute terms, this is an impressive increase of 62 per cent.  The public document goes on to say that there was an increase in the import of smartphones from 7.24 million to 9.81 million. At the same time, other SIM-based devices such as IoT, dongles, and tablets rose from 4.82 million to 6.46 million in absolute terms.

However, let us pause to consider this in light of the stated policy goal of #DigitalPakistan. One must make some underlying logical assumptions first: As access grows, the demand for mobile devices, especially smartphones, also increases.  For smartphones, the market should grow exponentially because both new phone buyers and old phone buyers seek a better digital interface. Many in Pakistan have a voracious hunger for used phones. With that assumption, it becomes critical to consider the percentage increase in the import of smartphones.  When we look at it from this angle, we realize that the percentage of smartphones as a whole, of imported mobile devices, has gone down — certainly, no need to be self-congratulatory here.

In 2018, the percentage of smartphones out of the total import of devices was approximately 42 per cent, which is 7.24 million out of 17.26 million.  In 2019 the portion of smartphones of the overall device imports was only 35 per cent – 9.81 million out of 28.02 million.  This low figure is also borne out by the fact that a much more substantial increase is noticeable in locally assembled devices, which for the most part, as much as 95 per cent, are 2G feature phones.

Feature phones are now considered an obsolete technology, which will eventually be phased out, just like a CD player, Walkman, and floppy disks have.  The trend is also readily visible in data on IoT, dongles, and tablets.  The imports there have decreased from 28 per cent to 23 per cent.  Thus, by PTA’s own figures devices with technology that are ostensibly only 2G with minimal features, therefore outdated, it has gone up from 39 per cent to at least 42 per cent.

These numbers pose a significant problem for the future of Pakistan’s endeavours to modernize and digitalize its economy.  Digitalization transforms value chains in several ways and opens up new channels for value addition and broader structural change. Pakistan should be part of the estimated 10-15 per cent of the global digital economy, whereas now it’s contribution and share is negligible.

Ideally, the percentage of smartphones and other devices imports such as tablets should have improved, not declined. Pakistan is perhaps one of the only geolocations in the world where the march is backward. Neglecting global tech trends comes at a considerable cost to 100 million Pakistanis, given the rising stagflation, job loss, and resource crisis exasperating the challenges that poverty brings.

The objective of any government invested in its future would be to find ways to ensure, most of the device imports are of smartphones and related gadgets are 100 per cent compatible with 4G and 5G digital infrastructure and that these are available at the cheapest possible rate. Policymakers can no longer think the medium term; they must think five generations ahead to be truly innovative.

What is needed now is serious introspection. Instead of celebrating the achievement of a phone-use increase in absolute numbers, a realistic review is needed on the trajectory of growth.  What PTA’s figures show is that Pakistan has become the dumping ground for an old and outdated technology, which is in direct contravention to the government’s claims about #DigitalPakistan. Without affordable data, there will be no #DigitalPakistan.

It also indicates a growing gap between the connected and the unserved, because, in the modern digital world, data is the passport to all upward mobility.  For a modern economy in the 21st Century, digital access is critical. It forms the central plank in a time when we are moving to e-governance, online services, and IoT integration. In a not too distant future, we shall see digital access being incorporated in international law as a fundamental human right because it disadvantages those left behind by eons.

Therefore, it would make no sense to put fetters on the import of smart devices.  DIRBS thus stands as the biggest hindrance for Digital Pakistan today. As well-intentioned as it is, it has failed to win the test of time. At best, this is a shortsighted policy hastily aimed at improving the balance of payments and tax revenue, but the data confirms that it will haunt Pakistan in the future.

We must go into this with eyes wide open when looking at numbers presented by the PTA, which are indeed damning for the stated objectives of #DigitalPakistan policy. Data itself is of no consequence unless Pakistan can effectively turn it into digital intelligence. Sadly, we are stuck at step one. Will this also remain a slogan?