The magnificent and ancient Kafir Kot

The magnificent and ancient Kafir Kot

Stones used in these buildi­ngs were brough­t from mounta­ins of far-flung areas
By Tariq Saeed Awan
Published: February 17, 2020
Tweet Email 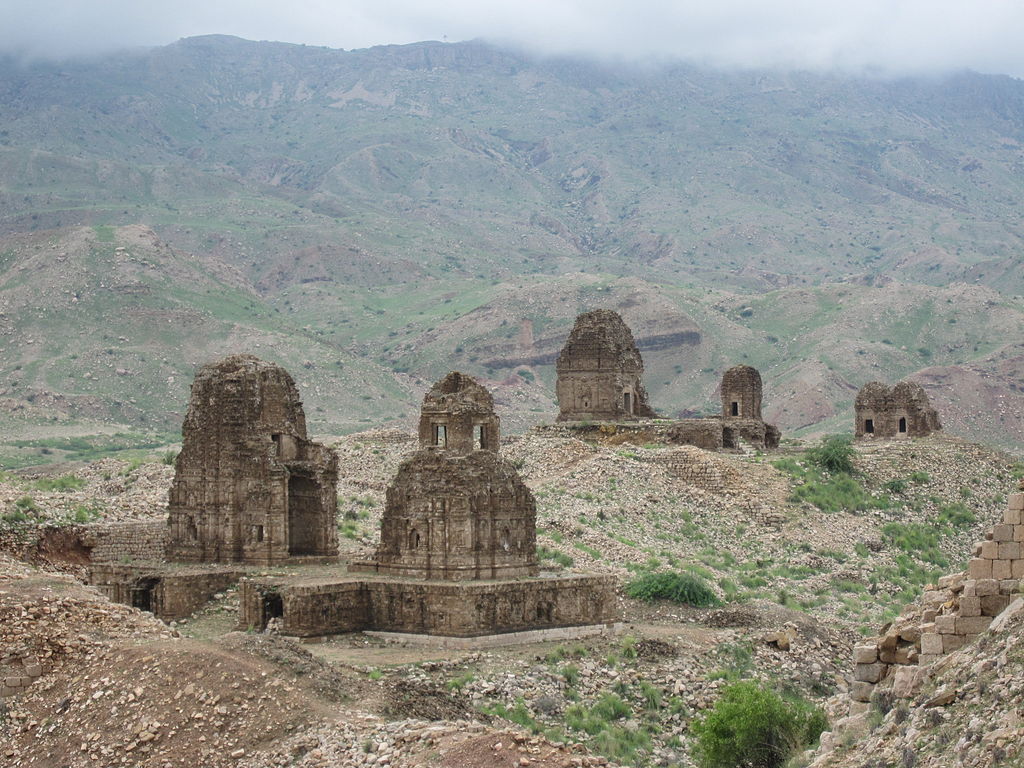 MIANWALI: If you go from Mianwali to Dera Ismail Khan after crossing the Chashma Barrage, there is a turning point adjacent to Toll Plaza. Towards right from this point is River Indus and on the left are mountains.

The Kafir Kot Fort is located at the border of Dera Ismail Khan and Mianwali districts, which used to have great military significance in ancient times.

A road leads through the town of Kundal to Esa Khel, Lakki Marwat and Bannu. If you want to come from Esa Khel pass, you have to pass through a narrow police checkpoint and cross the bridge over the river. 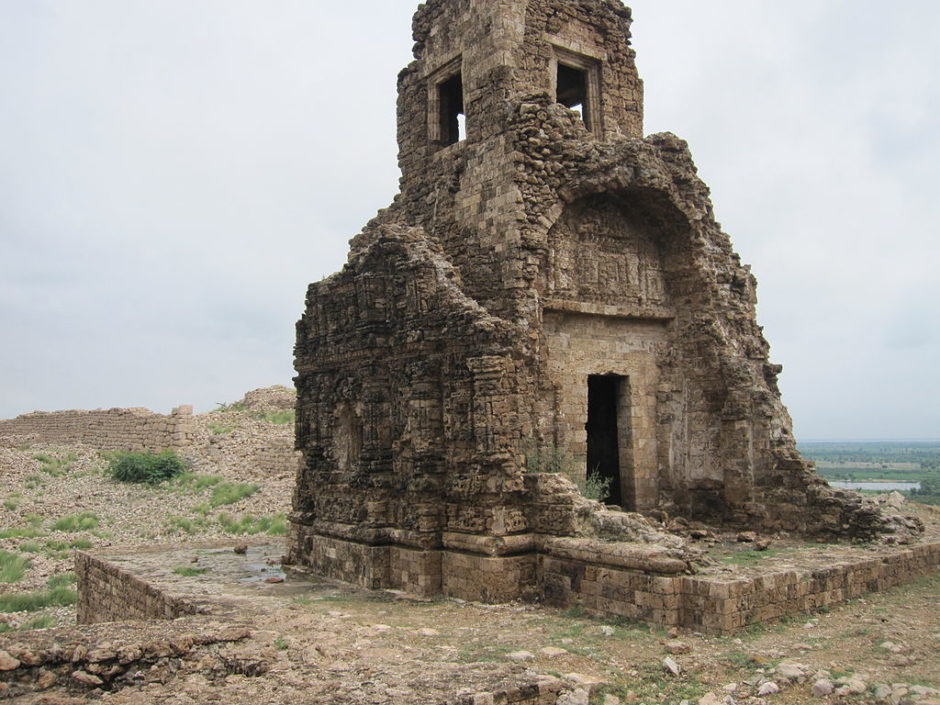 While enjoying the natural colours of the wonderful landscape, there is an ancient path where countless tales have been left by many conquerors, including Aryans, Kushans, Ghaznavis, Mongols and Mughals who used this passage.

On this pathway, where the River Kurram meets the Indus, there is a small mountainous region below it. The historians of earlier eras used to call it by the name of Red Stone.

This historic road coming from Mianwali ends up amid some wonderful architecture. This passage leads to a steep hill towards a mountain peak. This is a very difficult route for climbing and the remains of a big ancient main gate of the fort would appear there.

As any traveller passes through the gate, he reaches a plain over an area of about one and a half square kilometres. The several buildings present here with astonishing views are considered among the best examples of architecture. 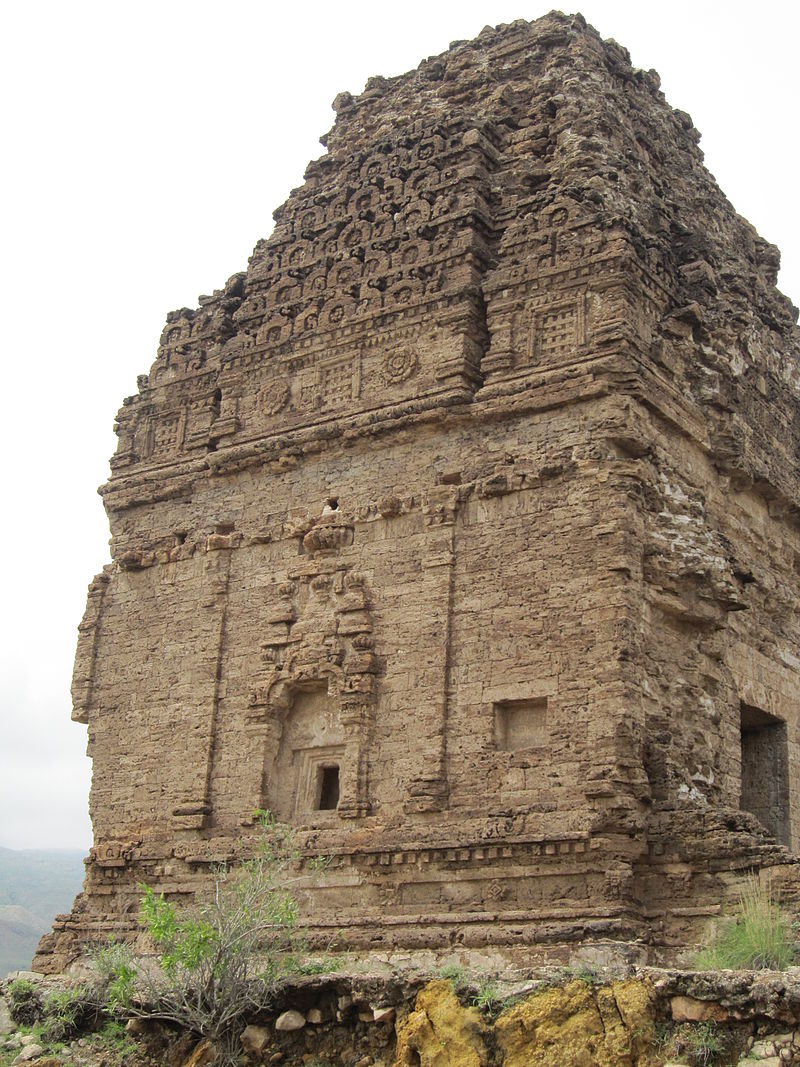 Bringing those heavy rocks to the top of the hill from that difficult pathway to use in these buildings does not seem to be the work of any ordinary human being, as the stones used in the construction of these buildings are not local, but have been brought from the mountains of far-flung areas.

Gazing at this fort casually would make one feel like living a fairytale or being in a magical part of the world. The beautiful landscape or the terraces of ruined towers and decaying buildings would give a glimpse of a mysterious land.  The scenes in the surroundings give tourists a compelling but unique feeling of peace in silence. One would barely find any human in this place but the experience would probably haunt you.

Apart from keeping an eye on the enemy’s moves, this fort must have been built to protect the residents from the enemies’ sudden attacks. The fort is located on a steep slope over the hill, which has a deep and impassable trench towards its south and River Indus in the north, while in the west the fort has a boundary wall for protection.

One part of the wall is still there. The fort’s main gate is also on this hill. There are three temples inside the fort, which are rare in architecture, while in the centre of the fort the remains of a pond can also be seen.

Historians Dr Aslam Malik, Iqbal Qureshi and Prof Saleem Ahsan think that these temples are Buddhist stupas, while a known traveller and researcher Salman Rashid disagrees with the idea and says that these temples have a Hindu style of architecture.

The temples of this style were also built in ancient times at Nand Kot, Thatta, Katas Raj, Malot, Amba, Madi Indus, Kafir Kot and Balut. These temples are mentioned in the writings of Alan Cunningham, John Wood, Alexander the Great and Charles Mason and in the Mianwali Gazetteer in 1915. 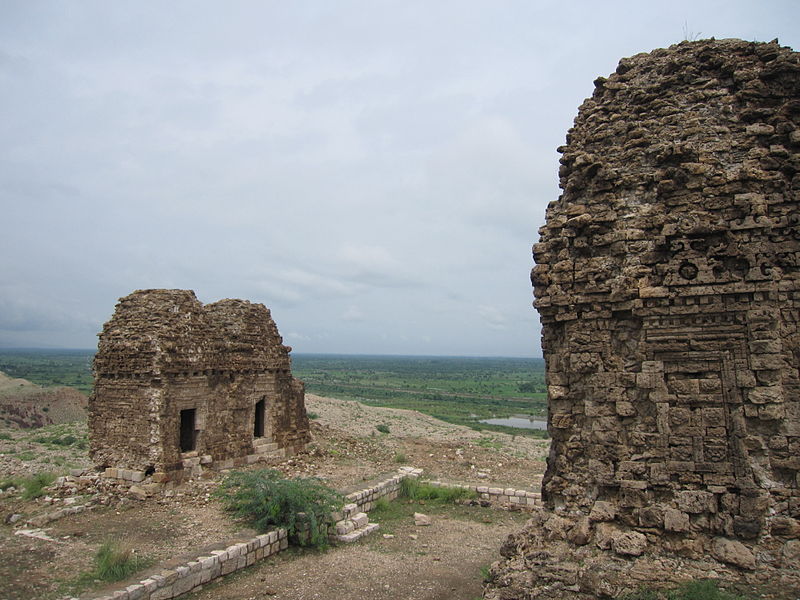 The ancient buildings of Kafir Kot were researched by the archaeology department, according to which the structures are not Buddhist or Jain stupas, but temples of the Hindu era.

Undoubtedly, this ancient fort is a historic heritage which is decaying due to non-maintenance and is in a dilapidated condition.

The archaeological department needs to focus its attention on preserving this historic site. Conservation of this heritage can play a vital role in promoting regional tourism. It is imperative that roadside informative boards should be installed on the Chashma-Esa Khel Road for awareness of this historic heritage so that those who pass through this road will have easy access to the historic fort.