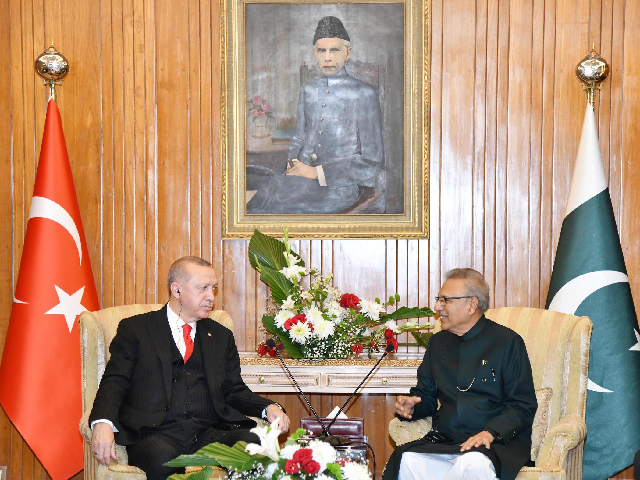 ISLAMABAD: Turkish President Recep Tayyip Erdogan kicked off his two-day visit on Thursday, as he held talks with his Pakistani counterpart, Dr Arif Alvi, at the Presidency. The two leaders discussed wide ranging issues covering bilateral as well as regional and international matters.

The Turkish president was accorded a warm welcome by the president and the first lady on his arrival at the presidency. President Alvi hosted a banquet in honour of the visiting dignitary and members of his delegation. 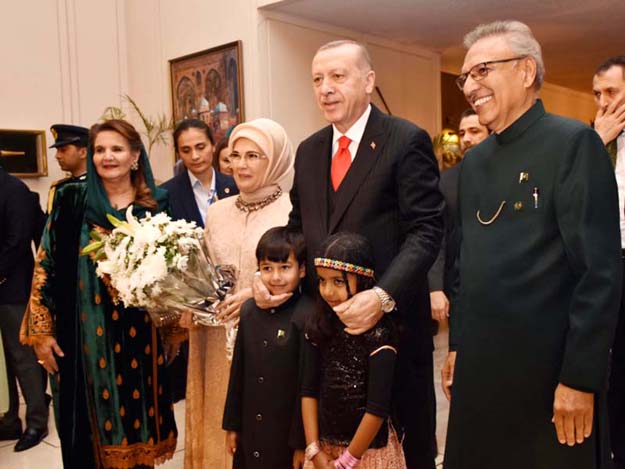 His main engagements that include an address to the joint session of parliament as well as a one-on-one meeting and delegation level talks with Prime Minister Imran Khan are scheduled for Friday (today).

The two sides are expected to sign a number of agreements to strengthen their ties in different fields, particularly to cement trade and commercial ties.

Earlier, on his arrival, Prime Minister Imran Khan received the Turkish president and the first lady at the Noor Khan Air Base. Red carpet was rolled out for the visiting dignitary.

In a special gesture, Prime Minister Imran drove the Turkish president to the Prime Minister House where President Erdogan was presented a guard of honour by a contingent of the Pakistan Army.
Erdogan’s two-day visit holds great significance against the backdrop of recent regional and international developments.