This is not in line with annual projec­tions due to heavy shortf­all in tax collec­tion
By Shahbaz Rana
Published: February 14, 2020
Tweet Email 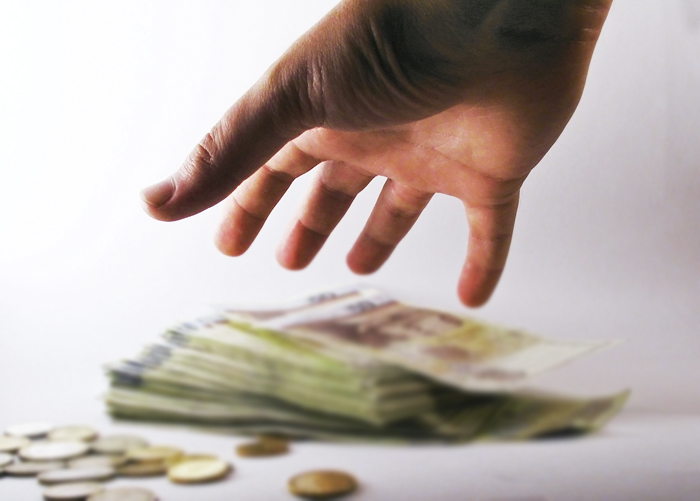 ISLAMABAD: The federal government has transferred Rs1.5 trillion to four provinces as their share under the National Finance Commission (NFC) Award in first seven months of the current fiscal year, which is not in line with annual projections due to a steep shortfall in tax collection.

The Ministry of Finance on Thursday shared details of federal transfers to the provinces with the National Assembly Standing Committee on Finance.

Headed by MNA Faizullah Kamoka, the standing committee had sought the details to review spending patterns of the federal and provincial governments in light of the transfers under NFC.

Committee members expressed concern over less spending on development by the provinces due to their commitments to the federal government to show a surplus budget to meet the International Monetary Fund (IMF) fiscal targets.

From July through January, the four provinces received Rs1.5 trillion as their share under the NFC, said Sohail Rajput, Additional Secretary of the finance ministry. He did not give a comparison with the transfers made in the same period of the previous fiscal year. Rajput said the size of the federal divisible pool was Rs2.6 trillion in seven months, including the previous years’ arrears, and out of that Rs1.5 trillion was transferred to the provinces.

In the current fiscal year, the share of provinces in the federal divisible pool is projected at Rs3.2 trillion, subject to the collection of Rs5.55 trillion in taxes by the Federal Board of Revenue (FBR). Collections in the first seven months were equal to 47.6% of the annual share.

According to the seventh NFC Award, the provinces get 57.5% of the federal divisible pool. The award had been agreed in 2010, which expired five years ago, but the president of Pakistan extends it every year since there is no new award.

Rajput said the annual federal divisible pool was projected on the basis of Rs5.555 trillion in tax collection by the FBR. In seven months, the FBR collected Rs2.369 trillion, he added. However, the FBR claimed that it had collected Rs2.407 trillion, which showed a discrepancy of Rs38 billion. The finance ministry’s figures are more authentic, which are based on the reconciled data provided by the central bank.

In seven months, the FBR faced a minimum shortfall of Rs385 billion, even after considering Rs2.407 trillion in tax collection. This has affected the share of provinces, except for Balochistan, in the NFC Award.

Balochistan gets its share on the basis of projections as compared to the other three provinces which receive their share as per actual tax collection.

He said Punjab had signed a memorandum of understanding with the federal government to show a cash surplus of Rs233 billion at the end of the year. But the provincial finance secretary said the cash surplus target would be scaled down due to the shortfall in FBR’s tax revenues.

“It’s quite terrible that the provinces were not spending on development and instead saving money for the federal government, which was also adversely affecting economic growth and undermining employment creation,” remarked committee member Dr Ayesha Ghaus Pasha.

She pointed out that out of the Rs746 billion Punjab received in seven months, Rs121 billion was on account of 2017-18 arrears. The payment of past year was a testimony that the PML-N government did not run the province on deficit, she added. Sindh got Rs354 billion in federal transfers during the Jul-Jan period, which was equal to 46.5% of its annual share of Rs761 billion.

Balochistan received Rs164 billion in the first seven months of the current fiscal year, which was equal to 58.3% of its annual projected share of Rs281.3 billion. Its receipts in terms of percentage were the highest among all the provinces as Balochistan got its pie on the basis of projected FBR revenues.

“Our fear is that there will be a severe cut in federal development spending due to an anticipated huge revenue shortfall,” said Naveed Qamar of the PPP. To a question whether the IMF had further reduced FBR’s Rs5.238-trillion target, FBR’s Member Policy Dr Hamid Atiq Sarwar said talks were still going on.