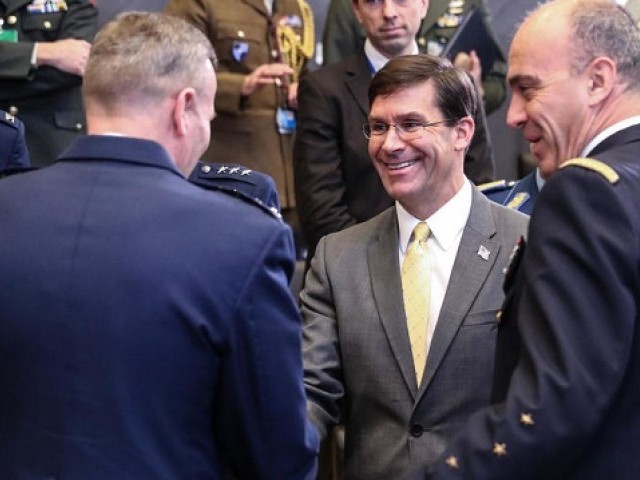 BRUSSELS: The United States has secured a seven-day reduction in violence in talks to help seek a negotiated settlement in Afghanistan, Pentagon chief Mark Esper said on Thursday.

The announcement came as Nato defence ministers met in Brussels and a day after Afghan President Ashraf Ghani reported “notable progress” in negotiations with the militant insurgents.

“The United States and the Taliban have negotiated a proposal for a seven-day reduction in violence,” Esper told reporters, dubbing his meetings with Nato colleagues “productive.”

“We’ve said all along that the best, if not the only, solution in Afghanistan is a political agreement. Progress has been made on that front and we’ll have more to report on that soon, I hope.”
Esper did not say when the partial truce would begin, but on Wednesday a Taliban official said that the group would begin a “reduction of violence” on Friday.

“So it will be a continual evaluative process as we move forward, if we go forward.”

Washington and the insurgents have been locked in gruelling talks that have stretched over more than a year, seeking an end to what has already become America’s longest war.

Citing Afghan and US officials, the New York Times has reported that President Donald Trump had given conditional approval to a deal with the Taliban to allow him to start withdrawing US troops.