Says Shafi will lose right to record testim­onies, if she fails to produc­e witnes­ses in her defenc­e on Feb 18
By ​ Our Correspondent
Published: February 13, 2020
Tweet Email 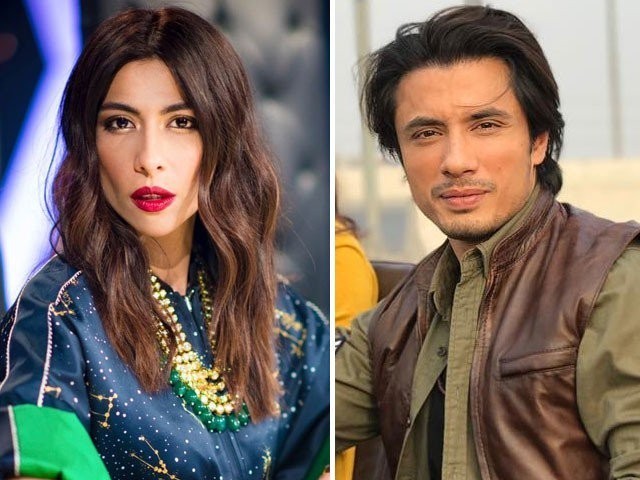 The court ordered the stay on a petition filed by Zafar challenging the maintainability of Shafi’s plea while arguing that until the adjudication of his defamation suit, her counter application cannot be heard.

In June last year, Zafar had filed Rs1 billion case against Shafi under the Defamation Ordinance 2002, after she accused him on social media of sexually harassing her on multiple occasions.

Zafar vehemently denied the allegation which, according to him, was levelled to gain popularity and monetary benefits.

In a counter move, Shafi filed a Rs2 billion damages suit in the Lahore sessions court against Zafar for allegedly making false allegations against her on the media. This includes Rs1 billion for the “loss of goodwill and reputation” caused, and Rs1 billion for “mental torture and agony”.

Earlier in the day, the court could not conduct the hearing on Zafar’s defamation case as neither the witnesses nor Shafi’s counsel turned up in the courtroom. A proxy counsel requested another adjournment instead.

On the last date of hearing, the case was adjourned on the request of Shafi’s counsel Saqib Jillani who was not available. However, neither he appeared in the court to plead the case nor any of the witnesses was produced on Thursday.

The judge observed that the case had been adjourned multiple times in the past and if the defendant will not produce witnesses at next hearing on Feb 18, then she would lose her legal right to record testimonies.

Now, the only case pending in the court is Zafar’s Rs1 billion defamation suit against Shafi.