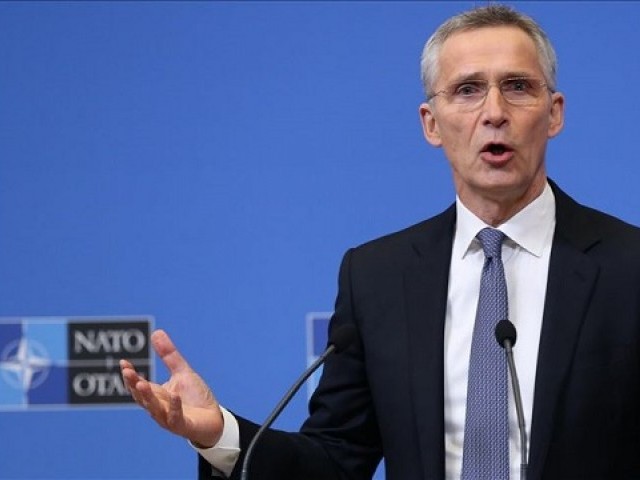 BRUSSELS: Nato will assume a greater role in Iraq, taking over some activities from the US-led coalition against Daesh/ISIS, the alliance’s secretary general announced on Wednesday at a meeting of defence ministers at its Brussels headquarters.

“We need to be able to conduct operations,” said Jens Stoltenberg.

Stoltenberg said the ministers agreed on the principle of “expanding and scaling up to do more” in Iraq, adding the alliance would work out the details in the coming months.

He stressed that Nato had consulted with the Iraqi government and the military alliance would only remain in the country with their consent.

Nato is focused on “defeating our common enemy,” Daesh/ISIS, and making sure they never come back, Stoltenberg said.

The defense ministers also discussed the security and humanitarian situation in northwestern Syria.

Stoltenberg reaffirmed that Nato is “very concerned” about the situation in Idlib, which is a “consequence of the brutal use of violence, horrendous attacks against innocent civilians and indiscriminate bombing of civilian targets.”

“We call on the Russian-backed Assad regime to stop all these attacks, which are killing innocent civilians,” he said.

Regarding the security situation in Afghanistan, the secretary general confirmed that the alliance fully supported US-led peace efforts.

It is now up to the “Taliban to demonstrate that they are aiming and willing to reduce violence,” he said.

On the second day of their meeting on Thursday, the defence ministers will further discuss security and stability in the Middle East and the alliance’s response to Russian missile deployments.