Mohamm­ad Allawi has until March 2 to form his cabine­t, which would need a vote of confid­ence from parlia­ment
By AFP
Published: February 12, 2020
Tweet Email 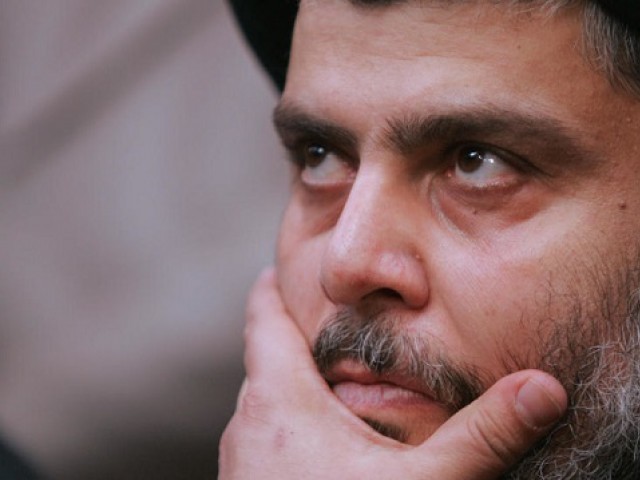 It was the most recent about-face in a series of dizzying decisions in recent weeks for Sadr, who has a cult-like following of several million Iraqis. PHOTO: AFP

BAGHDAD: Controversial Iraqi cleric Moqtada Sadr announced on Tuesday he was dissolving the “blue caps”, an organised unit of his supporters accused of recent deadly attacks on anti-government protests.

It was the most recent about-face in a series of dizzying decisions in recent weeks for Sadr, who has a cult-like following of several million Iraqis.

He initially backed the rallies demanding a government overhaul when they erupted in October, but has switched course multiple times in recent weeks, finally breaking with the movement by endorsing premier-designate Mohammad Allawi.

In Iraq, protesters in last stand against a former ally

A two-time former communications minister, Allawi is seen by protesters as too close to the elite they have railed against for months.

“I announce the dissolution of the ‘blue caps,’ and I do not accept the (Sadrist) movement’s presence in and of itself at the protests, unless it is absorbed into them,” he tweeted.

Initially, Sadr supporters were seen as the most organised and well-provisioned of the demonstrators but his recent tweets have confused both followers and foes.

After backing Allawi, he ordered the “blue caps” to help security forces reopen schools, roads and public offices closed for months by protests.

They stormed anti-Allawi protests camps, leaving one protester stabbed to death in Hilla and seven gunned down in the shrine city of Najaf.

Already, protest-related violence has killed nearly 550 people, the vast majority of them demonstrators, according to the Iraqi Human Rights Commission.

But demonstrators have maintained their campaign, now focused on premier-designate Allawi, who was nominated on February 1.

Allawi has until March 2 to form his cabinet, which would need a vote of confidence from parliament.

That government would be expected to rule only until early parliamentary elections are held under a new electoral law — a major demand of demonstrators.

Allawi, who was nominated as a consensus candidate among Iraq’s divided political parties, has promised an independent cabinet of technocrats.

Iraqi officials have quietly expressed scepticism that such a government would earn parliament’s approval.

Allawi met outgoing premier Adel Abdel Mahdi on Tuesday to discuss cabinet formation but they did not announce any progress.

Sadr had first welcomed Allawi’s nomination as a “good step” but appeared to walk back his support on Tuesday.

“We hear that there are pressures from political parties and from sects over the forming of the temporary government,” Sadr tweeted.

“This could lead us to completely wash our hands of all of it.”

But one of his senior aides said Saturday that the new prime minister must not include members of the political elite in his new cabinet, or Allawi would be toppled “in just three days.”

Iraq is the 16th most corrupt country in the world according to Transparency International, and the cabinet formation process is rife with horsetrading.

Both were killed in a US drone strike in Baghdad on January 3, throwing Iraq’s fractious political parties and armed factions into further disarray.

To mark 40 days since their deaths, a tradition in the Middle East, top officials held a memorial service in Baghdad’s high-security Green Zone on Tuesday.

Among them was Faleh Fayyadh, Iraq’s national security adviser and the head of the Hashed al-Shaabi military network, of which Muhandis was the deputy head.

“The great crime committed near Baghdad airport against the commanders of victory (was) a crime against humanity, against Iraq, against our sovereignty and the defence of our children,” Fayyadh told those gathered.

According to Hashed sources, the network’s military elite have been hiding out in Iran since the strike out of fear of also being targeted.

The US strike so outraged Iraq’s parliament that it swiftly voted to oust all foreign forces, including around 5,200 American troops deployed in the country to help fight remnants of the militant Islamic State group.

New bill in Utah would remove bigamy from felony list