The high court has given NAB a week's time to come up with their findin­gs
By Saqib Bashir
Published: February 13, 2020
Tweet Email 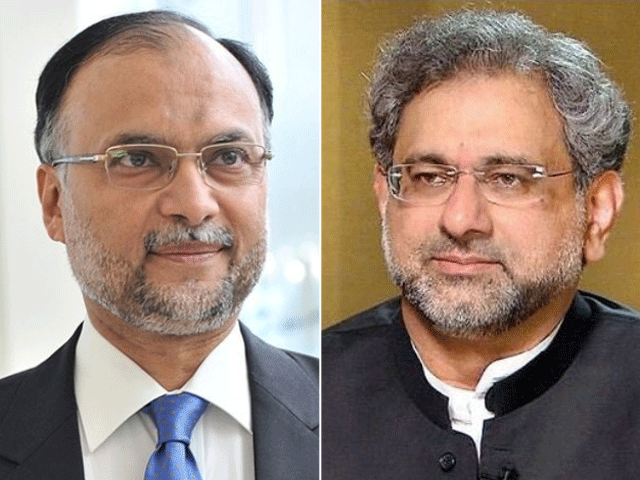 ISLAMABAD: The Islamabad High Court has given National Accountability Bureau a week to confirm whether the incumbent government is using the same terms and conditions applied by Shahid Khaqan Abbasi for the LNG deal.

During the hearing, Abbasi’s counsel lamented his client’s situation in jail. To which, Justice Minallah inquired why the ex-pm was in a death cell. “He is imprisoned in the Adiala Jail in Rawalpindi,” replied NAB additional prosecutor Jahanzeib Bharwana. “He is not under our custody.”

Bharwana maintained that an interim reference had been filed against Abbasi. Zafarullah responded by pointing out that the bureau was yet to prove bribe or corruption against him. “We have evidence,” asserted Bharwana.

Justice Minallah observed that the impact of an arrest in the society and remarked who should be held responsible for the humiliation caused by NAB’s arrest. He asked whether arresting individuals has ended corruption.

Behind bars for over 190 days, Abbasi is being investigated for allegedly awarding a 15-year contract for a Liquified Natural Gas (LNG) terminal to a Qatari company in violation of rules and of causing losses to the national exchequer during his tenure as the petroleum minister in the cabinet of ousted prime minister Nawaz Sharif. The case, closed by the National Accountability Bureau (NAB) in 2016, was reopened in 2018.

Last year, Bloomberg reported that Pakistan saved more than $600 million “over the first 10 years of a natural gas supply deal by pitting some of the world’s biggest sellers against each other”.

“The maneuvering by Pakistan came after two years of negotiations hit an impasse as Qatar refused to lower its offer price for LNG. So Pakistan sought leverage on the open market in late 2015, publicly seeking 120 cargoes in two large tenders,” the business newspaper said of the deal negotiated by Abbasi.

The bail plea filed by PML-N lawyer Barrister Zafarullah on behalf of Abbasi maintained that he was a vocal advocate of the supremacy of the Constitution, parliamentary democracy, fair electoral process and rule of law.

It added that the former prime minister was critical of the incumbent government’s incompetence and emphasised that he was imprisoned due to political views and is a “prisoner of conscience”. In his petition, Abbasi stressed NAB’s “selective accountability” that led to reopening of the case.

Submitting response on IHC directives, the anti-graft watchdog has opposed bail plea filed by Ababsi. NAB maintained that the ex-pm did not qualify for post-arrest bail since a reference has been filed against him. It also reiterated allegations of granting contract to favoured companies and failing to gauge the daily requirement of LNG.

The bureau also accused Abbasi of manipulating figures to show a higher demand of LNG and concealing reality from the federal government.