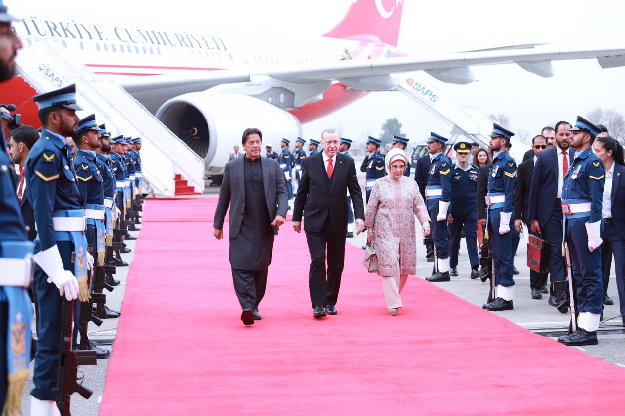 Following his arrival at Rawalpindi’s Nur Khan airbase, the Turkish president was received by Prime Minister Imran Khan along with cabinet members.


A smartly turned out contingent of the armed forces lined the red carpet as the prime minister led the Turkish president and his wife to a waiting vehicle.