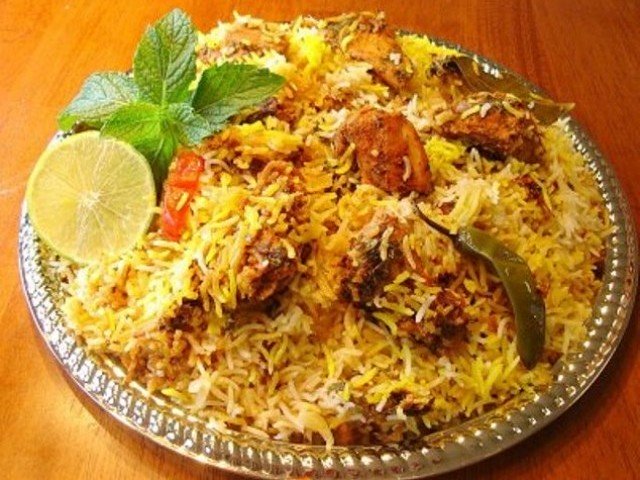 Following an ‘unexpected’ triumph of Arvind Kejriwal-led Aam Admi Party (AAP) – that gave a crushing defeat to the Modi’s ruling Bharatiya Janata Party (BJP) in Delhi elections – people celebrated the surprise win with free, or at places, discounted Biryani served as a celebration treat to Delhiites.

According to India Times, social media platforms stormed with posts of happy citizens announcing celebrations with the rice-based delicacy after the AAP’s startling victory, as a response to comments of some senior BJP leaders, including Uttar Pradesh chief minister Yogi Adityanath, that “AAP was serving biryani to anti-Citizenship Amendment Act (CAA) protesters at Shaheen Bagh in South Delhi”.

Proof of Biryani being distributed at Shaheen Bagh! pic.twitter.com/ylwnjJr2oy

“We have seen a higher uptake on our orders today, which looks to increase through the evening,” said Raymond Andrews, co founder at Biryani Blues, a restaurant chain in the national capital region. “Biryani as a cuisine is celebratory by nature, be it a birthday, an anniversary or friends celebrating,” he added.

Serving a cherry on top, many restaurants have also come up with promotional offers on biryani. “We are doing a 1+1 (one-plus-one) on all biryanis for delivery 6pm and 10:30pm today,” said Thomas Fenn, partner at Mahabelly, a south Indian restaurant at Saket. “We are seeing clear increase in biryani sales.”

Delhi recorded a voter turnout of over 61 per cent in the hard-fought assembly election.

Followers of an upstart Indian political party danced in the streets on Tuesday after inflicting a sweeping defeat on Prime Minister Narendra Modi’s right-wing party in a key election in the capital.

From platter to polls, here's how Biryani made its space in #DelhiElections2020#ITVideo
More videos: https://t.co/6y4CyQrmhW pic.twitter.com/kiZSvx2zHK

The poll was the first electoral test for the BJP after it passed a controversial citizenship law which opponents say is anti-Muslim.

Biryani is India’s most popular dish – so why does the BJP hate it so much? https://t.co/Zswv03fXNg pic.twitter.com/Y4PzC1jZqA