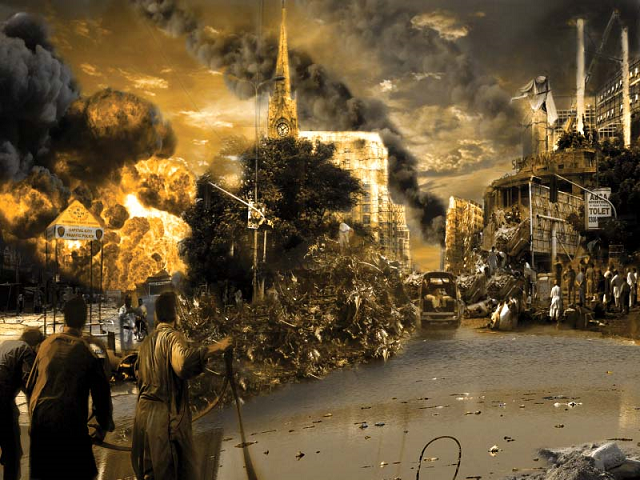 KARACHI: The Provincial Disaster Management Authority (PDMA), established to manage disasters of all sorts and reduce risk and vulnerabilities in Sindh, is still missing an all-out disaster management policy despite being active for about a decade.

Since its formation, the authority has been involved in relief operations and activities worth billions of rupees. However, the PDMA has not conducted a ‘vulnerability survey’ which is a basic requirement to assess the vulnerability of different parts of the province to disasters.

In its ‘vision statement,’ the PDMA states that it aims to, “achieve sustainable, economic and environmental development in Sindh through reducing risks and vulnerabilities by effectively responding to and recovering from all sorts of disasters”.

In its audit reports of financial years 2016-17 and 2017-18, the Auditor General of Pakistan has also pointed out the important missing aspects from PDMA’s vision and operations. The reports contain audit details of disaster management organisations across Sindh.

“Devising the PDMA policy is a major step towards achieving sustainable development through ensuring disaster risk management”, the audit report of 2017-18 stated. Accordingly, the PDMA should have formulated a provincial disaster management policy so that preparations are carried out in advance in case of disaster.

Having a comprehensive policy for the PDMA is also necessary to provide a common direction to all public and non-governmental organisations, private sector companies, media and development partners at provincial and district levels.

“The core function of the PDMA is disaster management for which the first step is disaster preparedness and it is not possible without [carrying out] a mapping of disaster-prone areas of Sindh”, the auditors remarked in the report.

In its audit report of the year 2016-17, the auditors also complained that the PDMA only focused on natural disasters like floods and monsoon rains and ignored other types of disasters, especially man-made ones. According to the auditors, addressing man-made disasters is also the prime responsibility of the PDMA.

Per the report, disasters can take different forms and their duration can range from an hour to days or weeks of destruction. All types of disasters – natural, man-made or technological – have a serious impact on the community. Apart from natural calamities, disasters also can be caused by humans. Man-made disasters include accidents caused by hazardous materials, power service disruption and blackout, accidents in nuclear power plants and nuclear blasts, radiological emergencies, chemical threats and biological weapons, cyber-attacks, explosions, workplace fires, and civil unrest, among others.

The incident of toxic gas leakage from a chemical tank, for instance, that occurred on April 12, 2016, in Korangi Industrial Area reportedly led to the death of six people. In 2015, an explosion caused by a gas cylinder in a van killed at least 17 people in Khairpur. Similarly, a fire broke out in Karachi’s Timber Market on December 28, 2014, that destroyed over 250 shops, 50 warehouses and 18 residential buildings. The PDMA, however, did not respond, per the report.

The Director-General of PDMA Salman Shah agreed that the authority does not have a disaster management policy in place and the authority did do as much as it should have when it comes to man-made disasters. He, however, pointed out that the PDMA responded to several man-made disasters, including the Bhoja Air Flight 213 crash, the Baldia factory fires and the Karachi Airport Attack.

Talking to The Express Tribune, he said that even though the PDMA responded during man-made disasters, its activities were not highlighted.

“The main reason for not having a disaster management policy is the absence of the vulnerability assessment survey,” he said. “The PDMA wanted to engage governmental organisations for the survey and since it would also include the assessment of cantonment areas, we did not want to take a private firm on board, because of which the survey got more and more delayed.”

Salman Shah also disclosed that the Pakistan Space and Upper Atmosphere Research Commission (SUPARCO) has started the survey and it will be completed by the end of this year. After completion of the survey, the PDMA will formulate the disaster management policy.

CM orders allocation of another 1,500 acres land for Dhabeji SEZ