A centur­y of excava­tion later, still no consen­sus on what the 5,000-year-old world herita­ge site should be called­
By Hafeez Tunio
Published: February 11, 2020
Tweet Email 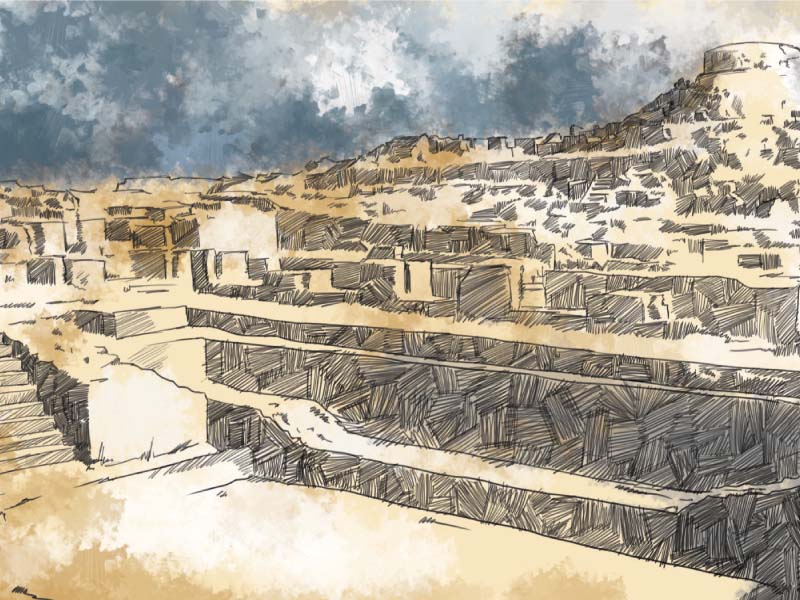 KARACHI: Since the ancient city’s discovery in 1922 by R.D. Banerji, there has been constant scepticism around the civilisation’s epithet. Over the years, several spellings of the site’s name have appeared in various publications adding to the dubiety of the case, but three contenders have remained the most recurrent–Moenjo Daro (Mound of the Dead), Mohanjo Daro (Mound of Mohan) and Mohenjo Daro (Mound of Krishna).

However, the latest controversy emerged when Pakistan People’s Party MPA Qasim Siraj Soomro moved a resolution in the Sindh Assembly to declare Mohenjo Daro as the site’s official name, while defying the epithets Moenjo Daro and Mohanjo Daro.

According to Soomro, the name Mohenjo Daro was coined by Sir John Marshal, under whose directions the site of Indus Valley Civilisation was excavated. “The locals living in the area have also called it the same and it must be read and written as it was quoted by the first excavator of this site and those who have been living here for centuries,” he added. 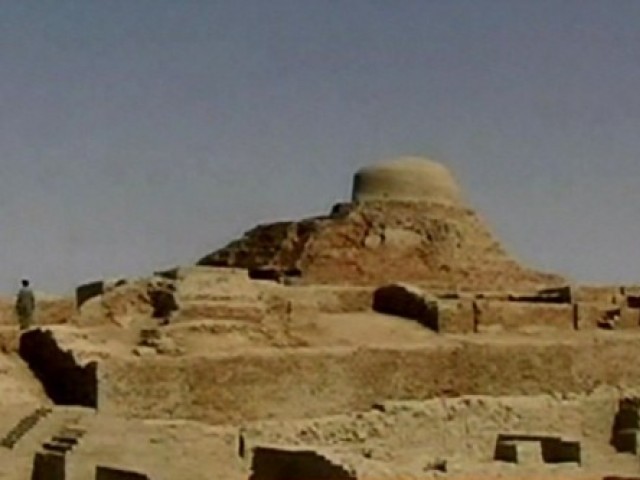 A file photo of Mohenjo Daro.

Considering the symbols and language inscribed on the artefacts discovered from the site are yet to be deciphered, archaeologists, historians and linguists have been unable to pass a verdict on the site’s official name. However, according to local journalist Abdul Haq Pirzado, who lives a kilometre from the site of the ancient metropolis, the name Mohenjo Daro is derived from the Sindhi word Mohain. “In Sindhi, ‘Mohain’ refers to the view of a mound. There was once a huge mound in front of the villages, which could be seen from afar that is how the locals came to know the site as Mohenjo Daro,” informed Pirzado while briefing about local perspectives and quoting elders of the area.  On the other hand, Dr Ishaq Samejo, who has a PhD in Sindhi Language, contested Pirzado’s information and said there’s no Sindhi word which offers such meaning.

Last month, a three-day international conference was organised by the Sindh government on Indus Script, where archaeologists and linguists from various countries took part and presented their papers. The conference concluded with the recommendation to excavate more parts of Mohenjo Daro, as symbols and artefacts currently available are not sufficient enough to be deciphered.

Furthermore, the Culture, Tourism and Antiquities Department has recently revised a technical committee to preserve the site. Sikandar Hullio, an anthropologist who also belongs to Mohenjo Daro area, has been made one of members of the technical committee. “When there’s no verdict on the name of any archeological site or place, it is mostly referred to by its local name,” said Hullio, addressing the controversy around Mohenjo Daro’s official spelling.

According to Hullio, the word ‘Mohenjo Daro’ means the ‘village of the fishermen’. And since the archaeological site is located by the bank of River Indus and houses a huge fishermen population, the locals came to know the site as Mohenjo Daro. “Phonetically, words are changed with the passage of time. The word Mohen means ‘fisherman’. John Marshall, with the help of the locals named the site Mohenjo Daro, but it was later changed to Moenjo Daro (Mound of the Dead) while some people call it Mohanjo Daro, but we have to follow what John Marshall referred to it as.” 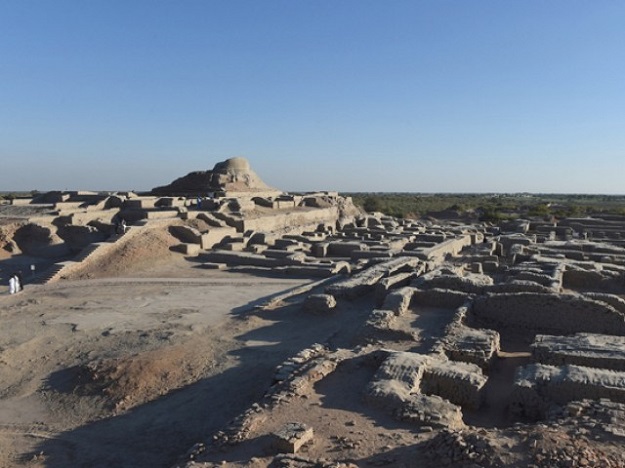 In this photograph taken on February 9, 2017, visitors walk through the UNESCO World Heritage archeological site of Mohenjo Daro some 425 kms north of the Pakistani city of Karachi. Once the centre of a powerful civilisation, Mohenjo Daro was one of the world’s earliest cities — a Bronze Age metropolis boasting flush toilets and a water and waste system to rival modern standards. Some 5,000 years on archaeologists believe the ruins could unlock the secrets of the Indus Valley people, who flourished around 3,000 BC in what is now India and Pakistan before mysteriously disappearing. PHOTO: AFP.

As per Altaf Aseem, the erstwhile director of the Sachal Chair at Shah Abdul Latif University, a seal of Mohenjo Daro has been found from the site of ancient Mesopotamian Civilisation in Iraq, which had trade relations with Mohenjo Daro. “They have deciphered the seal and translated it as ‘Meluha’. The word Meluha refers to fishermen, while those who use the word Mohan associate it to the Hindu god of the same name.”

Dr. Michael Jansen,a German scholar who has spent three decades doing research on Mohenjo Daro and Harapa, has taken around 50,000 photos of walls and bricks of the ancient site, which earned him the prestigious “Hilal e Imtiaz” for his work on the Indus Valley Civilisation.

In a telephonic conversation with The Express Tribune, Jansen said that at this moment, we can’t interpret the exact meaning of Mohenjo Daro because the language is not readable. “The spelling of this site stems from John Marshall’s publication in 1931 and his interpretation of Mohenjo Daro is ‘hill of the dead’. If one really wants to know more about this ancient city, the government along with the help of international experts must invest in further excavating the site. Furthermore, many archaeological experts have expressed their concern over the present conditions of this site suggesting that the remains of this city should be reburied to save them from further decay owing to climate change and human intervention.”

Sindh Culture, Tourism and Antiquities Minister Sardar Shah quoted the book ‘Mohenjo-Daro and Indus Valley Civilisation’ edited by John Marshall, the then director-general of Archaeological Survey of India, saying, “It was an official account of archaeological excavation of this world-renowned site. We don’t know the exact meaning of this word, but this is what the locals called it. Before the 18th Amendment that was passed in 2010, Mohenjo-Daro was under the domain of federal government and some extremist elements also called it ‘Moenjo Daro’ (mound of dead) which is incorrect,” he explained.

“We are planning to excavate the remaining areas, which may allow us to find more artifacts and other buried items that can help us decipher the language and trace the civilisation properly,” he concluded.

Sindh govt to allot land to SIUT for expansion