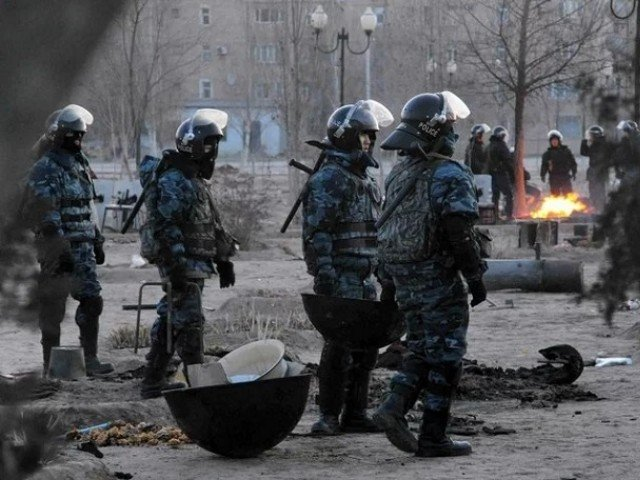 NUR-SULTAN: Two more people have died from wounds sustained in the Feb. 7 clashes in southern Kazakhstan, bringing the total number of casualties to 10, the authorities said on Sunday.

The incident triggered by an argument over right of way led to a brawl between ethnic Kazakhs and Dungans, a minority group with Chinese roots, followed by an overnight rampage in which an angry crowd torched dozens of buildings and cars.

A total of 140 people sought medical attention in Kazakhstan after the clashes and 25 more went to doctors in neighbouring Kyrgyzstan where many Dungans fled after the violence.

Deputy Interior Minister Alexei Kalaichidi said on Sunday dozens of people remained in detention as police were establishing their roles in the incident.

Police were also investigating a number of people across the nation of 19 million suspected of using the clashes to spread hate speech, he said.

Death of whistleblower ignites calls for political reform in China