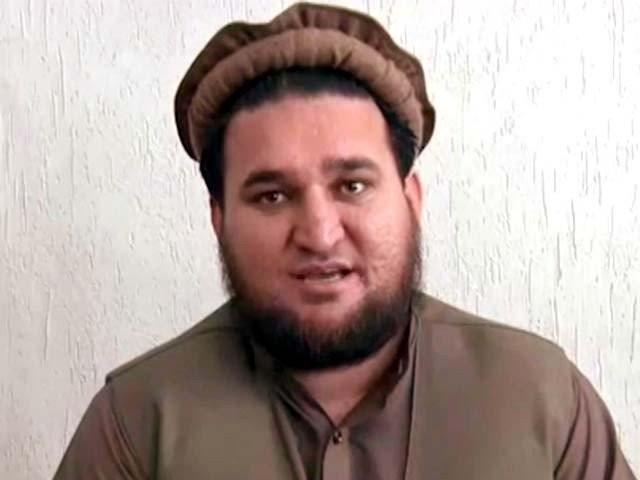 Ehsanullah Ehsan had escaped during an anti-terror operation being conducted on information gleaned from him. PHOTO: FILE

PESHAWAR: Families of the martyrs of Army Public School (APS) carnage have moved the Peshawar High Court, seeking contempt of court proceedings against those responsible for the alleged escape of the former spokesperson of Pakistani Taliban from the custody of security forces.

Sources privy to the development told The Express Tribune on Friday that Ehsanullah Ehsan, the former spokesperson for the outlawed Tehreek-e-Taliban Pakistan (TTP) terrorist group, had escaped during an anti-terror operation being conducted on the basis of information gleaned from him.

Ehsanullah was the spokesperson for the Jamaatul Ahrar faction when the Mullah Fazlullah-led TTP carried out the most sickening rampage at the APS in Peshawar in Dec 2014 massacring nearly 150 pupils and staff.

A writ petition moved by Advocate Fazal Khan, who lost his son Sahibzada Umer Khan in the attack and is the president of the APS Shuhada Forum, read that the respondents, which include the country’s civil and military leadership as well as the federal and provincial secretaries, had assured the court that Ehsanullah would be tried by a military court and not granted clemency.

“..now it has come to limelight, that far from trying the terrorist, Ehsanullah Ehsan was provided with the luxurious home from which the terrorist [conveniently] escaped,” said the petitioner in the application, adding that the claim has not been denied by the respondents.

He further pleaded the court that no action was taken against Ehsanullah during his three-year detention despite clear directions of the PHC, “which is tantamount to the contempt of court”.

Ehsanullah, who also became the spokesperson for the breakaway Jamaatul Ahrar faction after the TTP split, had voluntarily turned himself in to the intelligence agencies on Feb 5, 2017 – and remained in custody ever since.

The development came a day after netizens set off a storm of speculation about a purported audio clip of Ehsanullah initially posted on Facebook and then shared on other social networking sites in which he claimed to have escaped.

There has been no official word on the audio clip or the alleged escape of Ehsanullah.

Ehsanullah had claimed credit for countless terrorist attacks on behalf of the TTP and Jamaatul Ahrar – among them the Wagah border bombing of 2014; the suicide attack on Christian community members celebrating Easter at a Lahore park in 2016; the killing of nine foreign tourists in Gilgit-Baltistan in 2013; and the shooting of girl education campaigner Malala Yousafzai in 2012. 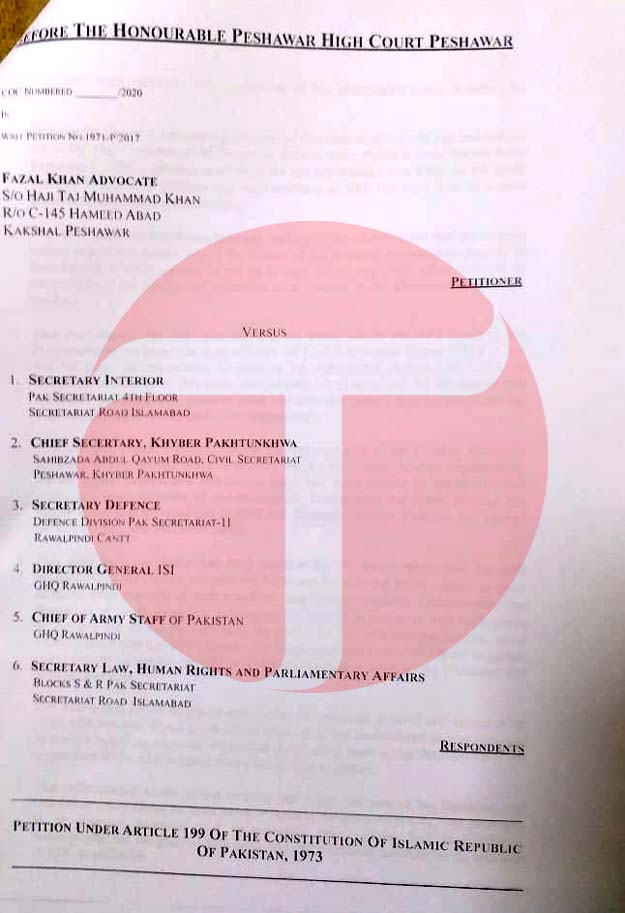 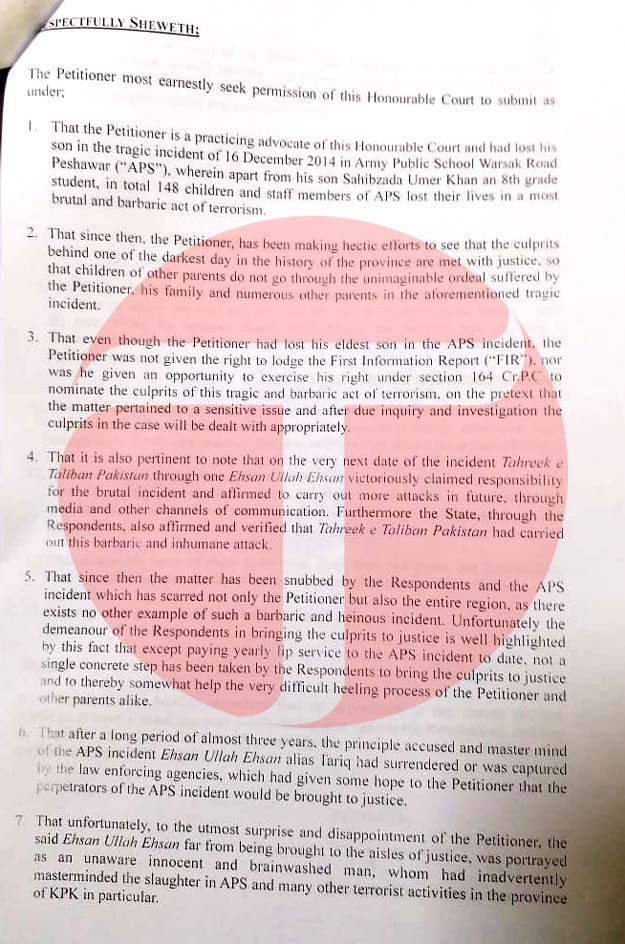 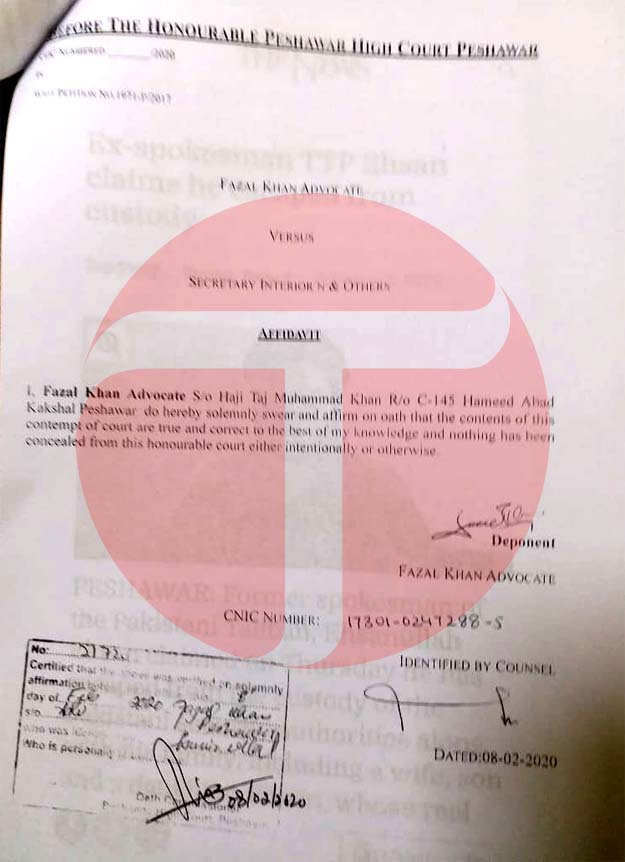 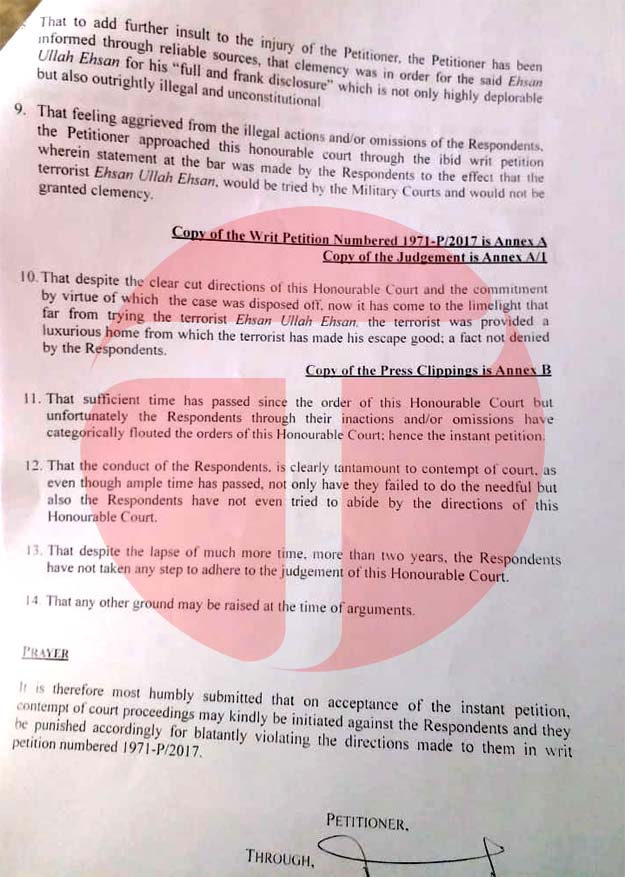