I felt very liberated after shaving my head: Suhaee Abro

I felt very liberated after shaving my head: Suhaee Abro

The young classi­cal dancer reveal­s how her Hollyw­ood collab led to a leap of a lifeti­me
By Yumna Aftab
Published: February 4, 2020
Tweet Email 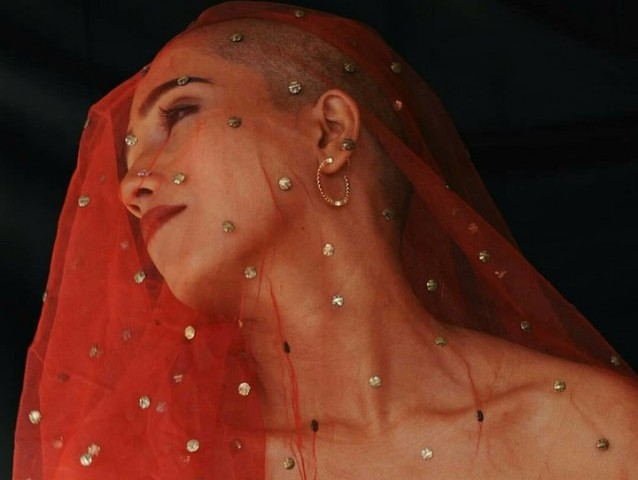 A young girl with lofty dreams, dancing to the rhythm of her heartbeat. She broke through numerous barriers one step at a time and now, she has become one of the leading, most sought-after dancers in the country.

Born to a poet and a visual artist, Suhaee Abro was raised in the intensely diverse Karachi, training under the iconic Sheema Kirmani since the tender age of seven. Always drawn to the performing arts, she appeared in her first musical at the age of eight, going on to feature in telefilms as early on as before her 13th birthday.

Today, Abro has much to boast about. Not that she’s one to boast. But she specialises in Bharatanatyam, Kathak and Odissi, is one of the founders of Nritaal (a dance and music group) and a recipient of Hum Awards for Best New Television Sensation.

Abro is currently undertaking multiple upcoming projects, including a Hollywood collaboration titled The Window that she’s just wrapped up. Hesitant to talk about the project much at this present moment due to obvious reasons, (the producers want to keep things under wraps for the time being) the starlet only said the project can be expected to be “a dark tale” that has stayed with her in more ways than one. Through the course of filming, Abro had to shave off all her hair!

“There were certain looks that required certain haircuts during the shoots and to even that out, eventually I had no choice but to shave my head,” she told The Express Tribune. “I was given the choice to use prosthetic to avoid this but I decided that I would do it and go 100% with my character,” Abro added, showing the kind of artist she really is – dedicated and true to her craft.

Surely chopping off all her hair must’ve taken more than just a realisation? “I would’ve never done this otherwise. So, to try something different, I thought, ‘This is a great excuse for me to try this out!’ Otherwise, I had never really thought about it in my life, to be honest.”

Wearing a Dacca saari that was gifted so lovingly by Ms. Scherezad Ahmed, founder of The Lyceum School where I did my A'levels. Photography by @shahrukhphotoart #saari #sari #shavedhead #pink #gold #daccasari #bald #photography #pakistan #sharukhphotoart

Of course, in a world that ties a woman’s beauty with her hair, sporting a buzz is a statement on its own. “After I did it, it’s honestly meant a lot to me. It’s become a very important step in my life. I felt very liberated – it’s clichéd, everyone would expect that, but it’s also true,” Abro explained. “It makes me understand what beauty is really all about for women, since I’ve already struggled with that all my life, having been teased for being dark-skinned all through my childhood then in the drama industry and all that. Now, not having hair is sort of another challenge for me to conquer,” she said.

Abro further quipped, “My confidence level has definitely increased because I know I don’t have a choice now and I’m really enjoying that. And to be honest, dancing is also much more fun because there’s no hair coming in my face and in my eyes!”

More stills from 'Still Standing', my performance about Sindh's culture and history and my personal journey. A performance that is also associated with the documentary film of the same name by Pinch Media, directed by Mirko Pincelli along with Daniel Salter and Jozef Mrofka. Pictures courtesy @zaib.photos #stillstanding #film #documentaryfilm #suhaeeabro #mirkopincelli #Sindh #Sindhis #indusvalley #danielsalter #artscouncil #journey

So what does Abro get up to when she’s not working in big screen projects? “I have some dance performances coming up – one in Larkana, one in Karachi. I’ll be flying out to Italy soon and I’m hoping to find some work in Europe while I’m there,” she replied.

Abro also has a documentary film titled Still Standing coming out soon. “The production is based in Italy and the UK, under an Italian director. The documentary is about Sindh and since I speak and understand the language, I’m helping out as much as I can, other than just playing a role in it.”

Why #OscarsSoWhite is once again taking over social media for 2020