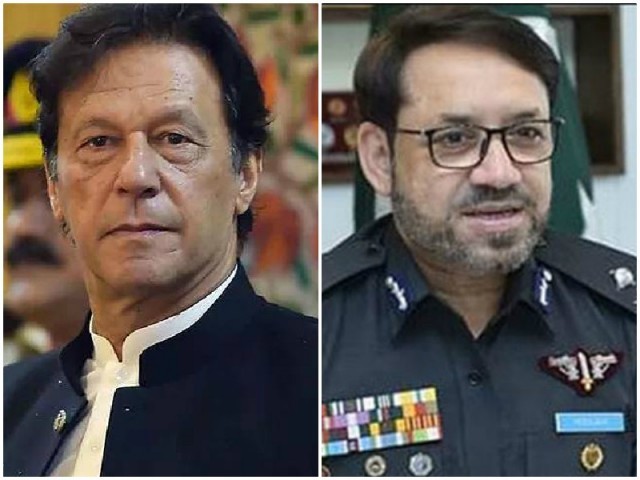 During the meeting, IGP Imam briefed PM Imran regarding the law and order situation in the province.

On Monday, after days of controversy over the appointment of the Sindh’s top cop, the Centre and the Sindh government agreed to transfer IGP Imam, and appoint another police chief to replace him.

The decision was made during a meeting between the premier and Sindh Chief Minister Syed Murad Ali Shah at the Governor House in Karachi.

During the meeting, which was also attended by Sindh Governor Imran Ismail, it was also agreed to appoint the new police chief from the panel of five names sent by the Sindh government to the Establishment Division last week.

“The confrontation between the political government and police chief in any province will not yield good results, therefore we should consider whatever the Sindh government has recommended,” official sources quoted the prime minister as saying, adding that the issue of the appointment of the new police chief would be resolved soon.

“The chief minister had already taken the PM into confidence, but the local Pakistan Tehreek-e-Insaf leadership created problems by dragging the issue into the media and the courts,” sources told The Express Tribune.

Conspiracy being hatched against me: Sindh IGP Dr Kaleem Imam

PM Khan also summoned Imam to the Governor House to listen to his grievances during the visit to the city, but the police chief was later reportedly asked to be prepared for his transfer as it was the prerogative of the Sindh government.

During an event in Karachi on Tuesday, the province’s top police official claimed that a conspiracy was being hatched again him and asserted that he would not be transferred so easily.

“This event has turned into my farewell”. IGP Imam said. “I am not going anywhere nor am I being transferred. I will not leave so easily”.

10 signs you are in a good restaurant