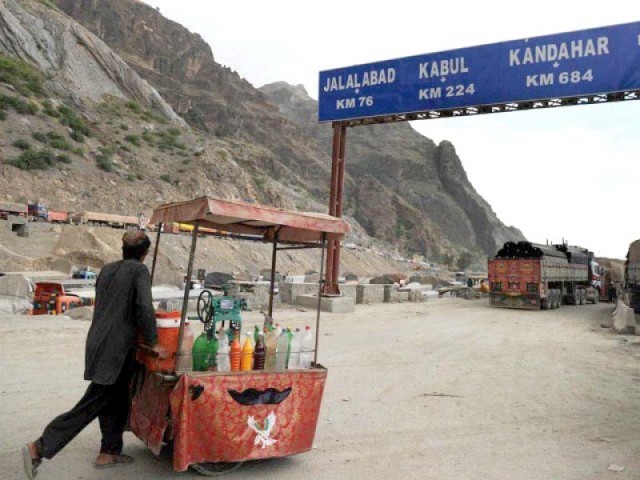 Illegal activities are going on at a time when Pakistan is on the watch list of the Financial Action Task Force and cross-border illegal activity is one of the outstanding areas where much progress is desired. PHOTO: FILE

ISLAMABAD: Despite repeated red flags raised in the past four months, alleged corruption on a mass scale is going on at Pakistan Customs’ border posts along the Afghan border, reveals internal communications between the Customs Intelligence and the Federal Board of Revenue (FBR) chairman.

Official correspondences between the two key offices of the tax machinery point to a nexus between allegedly corrupt taxmen and importers, who conveniently pass through the Chaman border post without submitting import documents and paying due taxes and duties, according to the official documents.

The Directorate General of Intelligence & Investigation again raised the red flag on Monday.

The illegal activities are going on at a time when Pakistan is on the watch list of the Financial Action Task Force (FATF) and cross-border illegal activity is one of the outstanding areas where much progress is desired by the global body working to curb money laundering and terror financing.

The Directorate General of Intelligence & Investigation Customs has written second demi-official letter in the past three weeks, seeking immediate action against the corrupt elements. The directorate general had also sent a detailed report to the chairman’s office in October last year, seeking urgent action.

An organised fraudulent activity is currently taking place at the Torkham customs stations, through which foreign-origin goods are being smuggled into the country at great cost to the public exchequer.

“Foreign goods are either being smuggled into the country without filling the goods declaration or being misdeclared through falsification,” according to the latest correspondence between the Director General of Intelligence & Investigation and the FBR chairman.

“It has been extremely alarming to note that the above-reported criminal phenomenon is continuing unabated without any shame and check,” said the strong-worded letter written to FBR Chairman Shabbar Zaidi.

Over 110 vehicles passed through the Torkham customs stations without filling the mandatory goods declaration forms from October through November 2019 – a figure that has now jumped to 356.

Duties and taxes were evaded largely on food items and Iranian products were shown as Afghan goods to evade duties.

The intelligence report stated that the nexus between the corrupt customs officers and the importers had made the Web-based One Customs (WeBOC) clearance system ineffective.

“This clearly shows the collusive and criminal behaviour of the relevant authorities at the customs station as millions of rupees of legitimate government revenues have been allowed to slip away,” according to the intelligence wing.

When contacted, Dr Asif Jah, Chief Collector Customs North, said the FBR had launched a fact-finding inquiry and it would take about two weeks to complete the investigation.

Jah said the WeBOC system had been in place at Torkham since 2016 but it was not effectively working. If anybody was found guilty, the FBR would not spare him and strict action would be taken, he emphasised.

The intelligence report stated that the phenomenon was continuing without any fear of accountability. It has been learnt that the deputy collector at the Torkham customs station has been transferred while the rest of the team and management is still in command there, stated the DG intelligence.

Ahsanullah Shah is the collector customs at Torkham.

There were also cases where the goods declarations were filed but due duties and taxes were not collected by the customs staff at the Torkham border, the directorate told the FBR chairman office.

Some perishable items are being cleared on the basis of manual gate passes, which had been allotted in the past, much before operationalisation of the WeBOC system. The connivance can be gauged from the fact that vehicles were shown as present at the customs stations but actually these had returned to Afghanistan after unloading the cargo.

The customs intelligence’s investigation showed that Afghan transport vehicles enter into Pakistan through the Frontier Constabulary post, where they are properly registered. The record of these cargoes is also available at the post where the cargo’s weight is carried out.

However, after that point the record related to goods declaration is either missing or is fake, according to senior customs intelligence officers.

The presence of corrupt elements and their continued illegal activities suggest that the Transparency International’s report about increasing corruption in Pakistan has some basis. Pakistan slipped on the global Corruption Perception Index by three notches and stood at 120 out of 180 nations.

However, the government disputes the Transparency International’s report and claims that the report was based on the data which was related to the Pakistan Muslim League-Nawaz (PML-N) government.