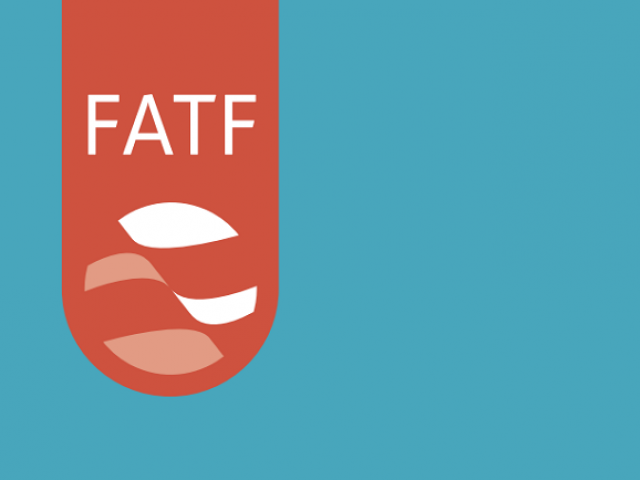 ISLAMABAD: Pakistan on Saturday said it has worked very hard to implement the 27-point action plan of the Financial Action Task Force (FATF) – the global body that seeks to curb money laundering and terror financing – and has made significant progress in meeting its requirements.

In Feb 2018, FATF decided to place Pakistan on the list of countries whose laws on curbing money laundering and combating financing of terrorism had serious deficiencies. It gave a 27-point action plan with a deadline to implement it by Sept 2019.

However, Pakistan could not show significant progress in the past and in Oct 2019 the FATF plenary extended the “grey list” period to Feb 2020 with a warning to show full compliance.

Talking with reference to the possible outcome of the FATF upcoming plenary, Minister for Economic Affairs Hammad Azhar on Saturday took to Twitter and said: “It is premature to comment/speculate on the decision that the FATF members shall take in the plenary in Feb.”

However, the minister, who led a Pakistani delegation during three-day talks with the FATF Joint Group in Beijing, added that Pakistani authorities had worked very hard over the months and “I feel we have made significant progress in our AML/CFT efforts. We remain committed to sustaining this momentum.”

The statement was issued after the FATF Joint Group meeting, held on Jan 21 and 22 to discuss Pakistan’s progress report on implementation of the action plan.

The Indian media was speculating that the FATF may exit Pakistan from the grey list due to positive role played by certain countries. Pakistani authorities are betting on the US support this time besides continued support it received from China, Turkey, Malaysia and Saudi Arabia.

Pakistan had remained a bad bargainer. “This time in return for its support for the Afghan peace process Pakistan should ask the US not to play dirty games in the FATF and stop interfering in the China-Pakistan Economic Corridor (CPEC) matters,” said Senate Standing Committee on Foreign Affairs Chairman Senator Mushahid Hussain Sayed.

Senator Sayed was speaking at Express News show – The Review – the prime time economy and national security affairs programme.
“We also hope the attempts by certain quarters to politicise FATF proceedings would be rejected,” stated Azhar.

Sources said Pakistan is still not fully compliant but has made significant progress that is acknowledged by the countries that reviewed its progress report. It has largely addressed the issues highlighted against majority of the action points.

About two years ago, then foreign minister Khawaja Asif had prematurely tweeted about Pakistan‘s position in the FATF. From Moscow, Asif had shared “good news” on Twitter that Pakistan narrowly escaped being placed on the global terror financing watch list, thanks to its “friends”.

Countries, including China, Turkey and Saudi Arabia, resisted the US-sponsored motion against Pakistan at the FATF meeting in Paris.

This had complicated matters for Pakistan and on Feb 2018, it emerged the Paris-based intergovernmental body that sets global standards against illicit finance decided to put Pakistan on the list of countries that finance terrorism or do little to curb it.

The then foreign minister had prematurely congratulated. The sources said Prime Minister Imran Khan had desired that the FATF meeting must be highlighted in the media.

In the Joint Group meeting, the FATF member countries appreciated Pakistan’s efforts, as the country has shown political commitment to bring financial standards according to the world standards. The FATF also recognised the efforts that Pakistan made since Oct last year.

Although the Joint Group will formally give its report next week, there were chances that it may not declare compliance on all the 27 points. There were still some areas where Pakistan needed to show more progress.

Therefore, the Pakistani authorities are guardedly optimistic and are not declaring success ahead of February meeting that will determine the future of Pakistan in the FATF.

The International Monetary Fund has already adjusted its structural benchmark on the FATF action plan implementation from Oct 2019 to June 2020. There is likelihood that the FATF may grant another lifeline to Pakistan next month.

UK to use high tariff threat to raise pressure