Nation­al Instit­ute of Health says none of the cases have been confir­med of the China virus
By Razya Khan / Adnan Lodhi
Published: January 25, 2020
Tweet Email 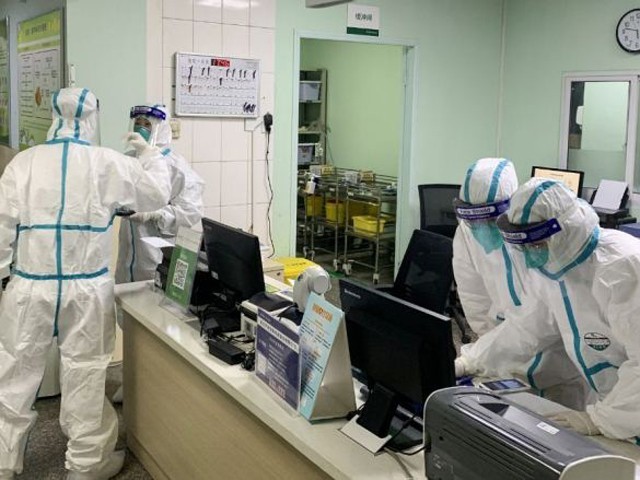 ISLAMABAD / LAHORE: The National Institute of Health (NIH) on Saturday clarified that there were no confirmed cases of coronavirus in Pakistan as four Chinese nationals have been admitted to hospitals in Multan and Lahore and showing symptoms of the disease.

NIH chief Major General Dr Aamer Ikram said a suspected patient had been admitted to the Nishtar Hospital, Multan and kept in the isolation ward after he showed symptoms of the disease including flu, cough and fever.

“His clinical condition is stable now and its does not seem to be a case of the novel coronavirus,” he added.

Samples from the suspected patients have been taken and sent to China for confirmation as there are no laboratories in Pakistan equipped to diagnose the pathogen.

According to sources, the Chinese national travelled from China to Dubai and reached Karachi on January 21. After landing in Karachi, he took a flight to Multan.

Special Assistant to the PM on Health Dr Zafar Mirza said the report about the diagnosis of the first case of the new coronavirus strain in Pakistan was incorrect.

“[The] Chinese [national] kept in isolation in Nishtar Hospital, Multan is improving. No signs of sever acute respiratory infection. He is being managed in line with standard protocol as a suspect. Alhamdolilah, Pakistan does not have any coronavirus patient until now, and we are alert!” he tweeted.

In Lahore, three Chinese nationals were admitted to the Services Hospital and shifted to the isolation ward.

According to hospital sources, the suspected patients were residents of the Chinese city of Wuhan and had recently arrived in Lahore.

“They came to the hospital complaining of chest pain, fever, flu and cough,” a senior doctor at the hospital told The Express Tribune. “They were shifted to isolation ward and their blood samples were collected. These samples will be sent for confirmation.”

According to the foreign ministry, there are 28,000 Pakistani students in China. Around 800 Pakistan traders are living in China and 1,500 others frequently travel there. Over 500 students are studying in the Chinese city of Wuhan, where the pathogen first emerged.

The virus has killed 41 people in China and infected more than 1,300 globally. It has been detected in Japan, Hong Kong, Macau, South Korea, Taiwan, Thailand, Vietnam, Singapore and the United States.

Pakistan will approach the authorities in China and The Netherlands to help confirm suspected cases of passengers arriving in the country.

There are only a few laboratories in the world that can detect 2019-nCoV, a new strain of coronavirus that had not been previously identified in humans and little is known about it.

Only the Centres for Disease Control and Prevention in the US and some laboratories in China and The Netherlands can confirm cases.

“We will send samples to these countries for confirmation,” Special Assistant to the PM on Health Dr Zafar Mirza said on Friday.

Pakistan has already started screening passengers at four airports in the country.

The previously unknown strain is believed to have emerged late last year from illegally traded wildlife at an animal market in Wuhan, a city of 11 million that is under severe travel restrictions with urban transport shut and outgoing flights suspended.

China has advised people to avoid crowds and more than 10 cities in the central province of Hubei, where Wuhan is located, have suspended some transport.

(With additional input from Khalid Mehmood and agencies)

The global spread of the coronavirus: Where is it?