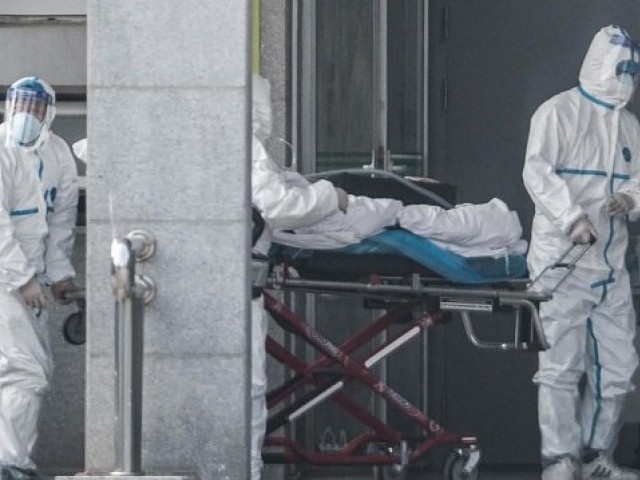 ISLAMABAD: There are no laboratories in Pakistan equipped to test for coronavirus and it has approached the authorities in China and The Netherlands to help confirm suspected cases of passengers arriving in the country.

The pathogen that emerged on December 31 in a market in the Chinese city of Wuhan has killed 26 people and infected at least 830 so far and also been detected in Japan, Hong Kong, Macau, South Korea, Taiwan, Thailand, Vietnam, Singapore and the United States.

There are only a few laboratories in the world that can detect 2019-nCoV, a new strain of coronavirus that had not been previously identified in humans and little is known about it.

Only the Centres for Disease Control and Prevention in the US and some laboratories in China and The Netherlands can confirm cases.

“We will send samples to these countries for confirmation,” Special Assistant to the PM on Health DR Zafar Mirza said on Friday.

Chairing a meeting of heads of federal hospitals and health institutions, the PM’s aide reviewed the situation and instructed the authorities to step up the establishment of a robust surveillance system and quarantine areas at all ports of entry before February 8.

He reviewed the measures taken by major hospitals for possible cases of coronavirus.

It was decided that special stalls would be set up at the arrival lounges of the country’s airports to inform passengers about the disease.

Pakistan has already started screening passengers at four airports of the country.

According to the CAA, every passenger from a Chinese flight will have to pass through health counters at the airports.

A doctor and two paramedics from the government health department will screen the passengers through thermal body scanning machines and thermometers, simultaneously.

In case someone is identified as the virus-carrier, they will be kept in isolation rooms designated by the CAA till they are shifted to a hospital.

The World Health Organisation (WHO) has declared the new coronavirus an emergency for China but stopped short of declaring the epidemic of international concern.

China has expanded a lockdown now covering some 26 million people and cancelled some Lunar New Year celebrations to prevent the disease spreading further.

The new virus has caused alarm because of its similarity to SARS (Severe Acute Respiratory Syndrome), which killed hundreds of people across mainland China and Hong Kong in 2002-2003.

These viruses are transmitted between animals and people. SARS, for instance, was believed to have been transmitted from civet cats to humans while MERS travelled from a type of camel to humans.

Several known coronaviruses are circulating in animals that have not yet infected humans.

The name coronavirus comes from the Latin word corona, meaning crown or halo. Under an electron microscope, the image of the virus is reminiscent of a solar corona.

According to the WHO, signs of infection include respiratory symptoms, fever, cough, shortness of breath and breathing difficulties.

In more severe cases, it can lead to pneumonia, severe acute respiratory syndrome, kidney failure and even death.

Reports say the incubation period of the coronavirus remains unknown, but other sources say it could be between 10 to 14 days.

CDA approves provision of gas for Sector I-14