Railwa­ys minist­er says there is no deal with Sharif family in the offing­
By Our Correspondent
Published: January 25, 2020
Tweet Email 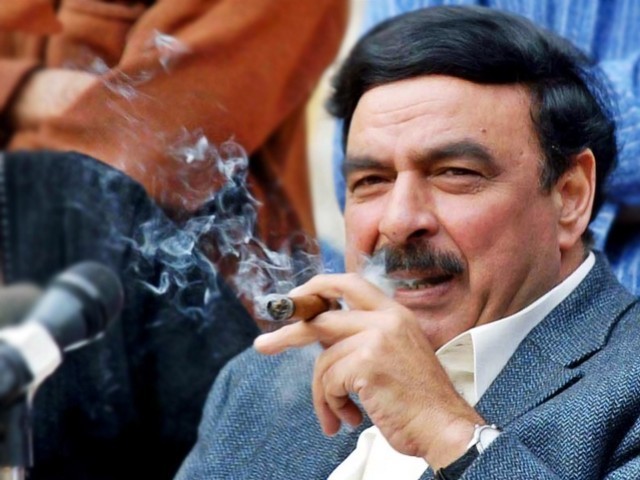 LAHORE: Federal Minister for Railways Sheikh Rashid has said the Pakistan Tehreek-e-Insaf-led government is responsible for its own sufferings as an “already inactive” opposition posed no threat to Prime Minister Imran Khan’s chair.

The statement comes amid increasing disgruntlement and internal squabbling in the ruling party, especially in Punjab.

Over 20 MPAs, according to the media reports, have formed a forward bloc in Punjab because they are not happy with Chief Minister Usman Buzdar who, they say, reshuffled the provincial bureaucracy without taking them into confidence and did not release development funds either.

The disgruntlement, however, is not limited to Punjab as similar situation appears to be emerging in Khyber-Pakhtunkhwa and Balochistan as well.

Rashid, while speaking to reporters after the inaugural ceremony of a freight train from the newly-restored dry port to Karachi on Saturday, ruled out any possibility of a deal with Maryam Nawaz or the Sharif family.

On recent allegations of rampant corruption, Rashid said the corruption rate has reduced under the current regime and termed the Transparency International’s report “fake”.

To a question about the below-par performance by provincial governments, especially in Punjab, he said there was no need to listen to rumours as nothing was going to change in the provincial setups, adding that the prime minister was happy with Punjab Chief Minister Usman Buzdar.

“So rumours about 2020 as election year are wrong,” he added.

The Railways minister hoped that the premier would overcome every challenge in the country.

Ruling out possibility of corruption in ongoing wheat and flour crisis in the country, he said “mismanagement and miscalculations in data could be the reason of shortage of flour”.

Price control committees, he said, should be formed to monitor prices of the commodities, adding that the issue of surge in sugar price would be discussed in the forthcoming cabinet meeting.

The minister said Prime Minister Imran is an honest politician and does not tolerate corruption at any level. He said the prime minister is the voice of poor and wants to provide more employment opportunities. “He (PM Imran) was working to uplift the country’s economy as strong economy means more employment,” he added.

The national exchequer, he maintained, had been badly plundered before PM Imran took over the charge of his office, adding that the prime minister has worked hard for the economy during the last 17 to 18 months at the helm.

Rashid hoped that 2020 would be the year of prosperity and development for the country.

Commenting on Kashmir issue, he said the Kashmir day on February 5 would be observed not only in solidarity with Kashmiris but also with the people of India who, he added, are protesting against the controversial anti-Muslim citizenship law.